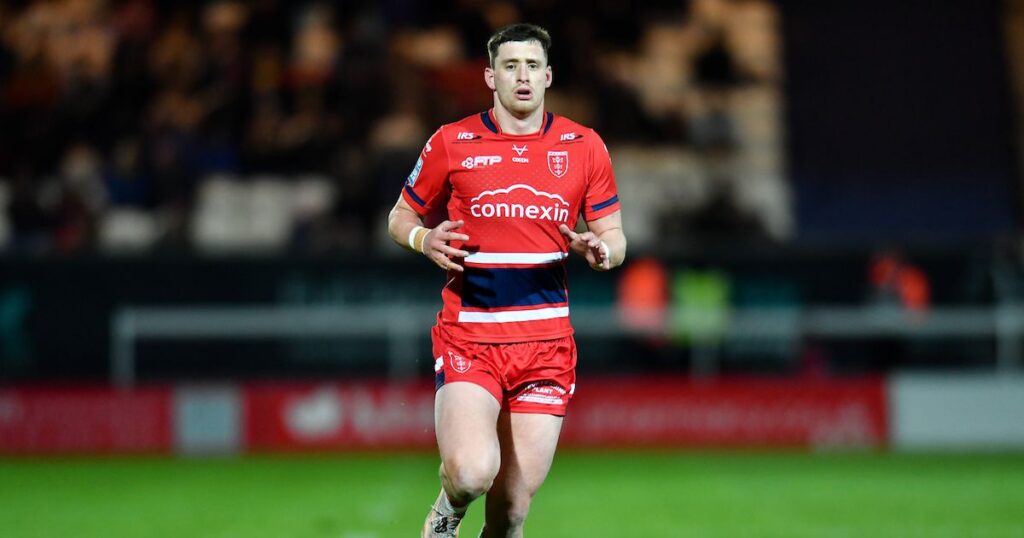 Tony Smith has made a single change to the 21-man squad for the club’s game with St Helens. Utility-man Sam Wood is back in the fold after dislocating his patella in last month’s defeat to Leeds Rhinos.

Wood, who recently signed a year extension with the Robins, has the versatility to play in the outside-backs or second-row. However, Smith said in his recent press conference that he might opt to give the former Huddersfield man another week to recuperate. But if he is fit, he is likely to feature on Sunday.

Korbin Sims is the only casualty from the previous 21 named for the win over Salford, with the Fijian forward falling down the pecking order at the club and likely to be leaving Sewell Group Craven Park at the end of 2022.

Read More: The last Hull KR side to win at St Helens and where they are now

Star fullback Lachlan Coote is named in the squad and is ready to return to his old stomping ground for the first time in Rovers colours and will be aiming to cause an upset to his former employers. Minimal changes, if any, are expected to the side that beat the Red Devils as Rovers look to beat the Saints on their home tuft for the first time since 2013