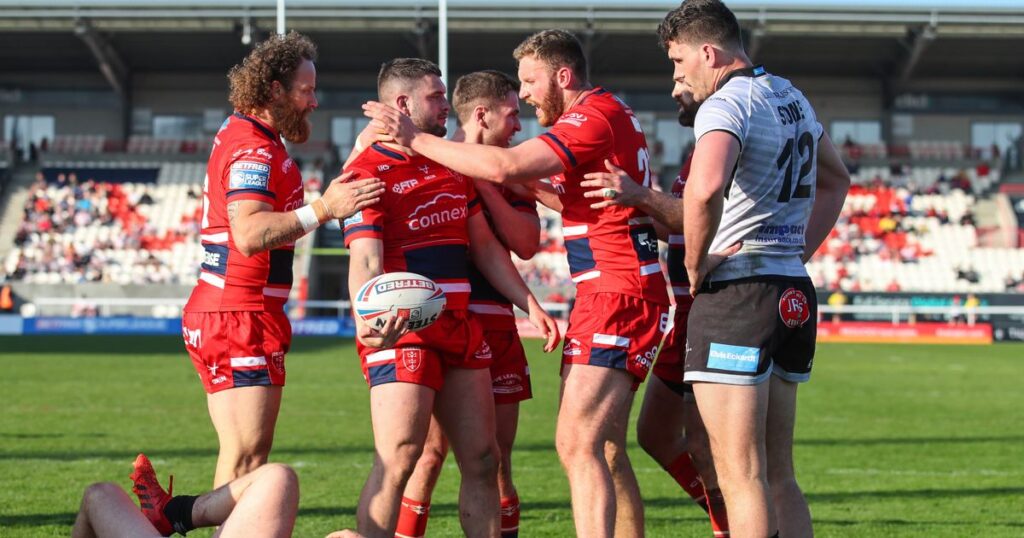 
Hull KR can look forward to a Challenge Cup quarter-final against Castleford Tigers after seeing off Leigh Centurions on Saturday afternoon.

The Robins were far from their best but did enough to book their place in the next round.

Here, KR reporter James O’Brien takes a look at the main talking points to come out of the last-16 tie.

The cup clash will not be remembered as a classic with both teams showing a lack of respect for the ball.

Leigh were arguably the better side but they could not live with Rovers when the hosts upped the intensity in the second quarter and that proved to be the difference in the end.

The Robins appeared to put the cue on the rack in the closing stages and it almost came back to bite them.

The season is seven games old and Tony Smith’s side are still striving for their best form.

Rovers have looked good in patches but they have yet to convince that they can repeat last year’s achievements.

KR have been strong defensively in the main and will be confident of rediscovering their mojo with the ball as the season heads into summer.

After choosing not to attend the pre-match press conference, Smith fronted the media on Saturday and answered questions about his future.

Some fans were left unconvinced but it was Smith’s way of saying he is committed to the Robins, in the short term at least.

While it would be a major shock to see Smith leave Craven Park for Leeds Rhinos partway through this season, a big question mark remains over his long-term future at Hull KR.

After taking on Leigh for the fourth time in six years, Rovers are preparing to host Castleford Tigers in a repeat of last season’s epic cup tie at Craven Park.

The Tigers are showing signs of life after a shaky start under Lee Radford and will be better than the side that were second best in the league fixture between the teams in February.

But the draw could hardly have been kinder to KR in a strong quarter-final line-up, leaving the club with a golden opportunity to book a spot in the last four at Elland Road.

Time to get moving

A win is a win – as they say – and Rovers can take some kind of momentum into next week’s Super League clash with Warrington Wolves.

It kicks off a season-defining period for the Robins with games against Hull FC, Toulouse Olympique, Wakefield Trinity and Leeds to come in April.

By the end of the month, Smith’s side will know a lot more about their 2022 prospects.