Hull City contracts – what’s been said by Ilicali, Arveladze and the players 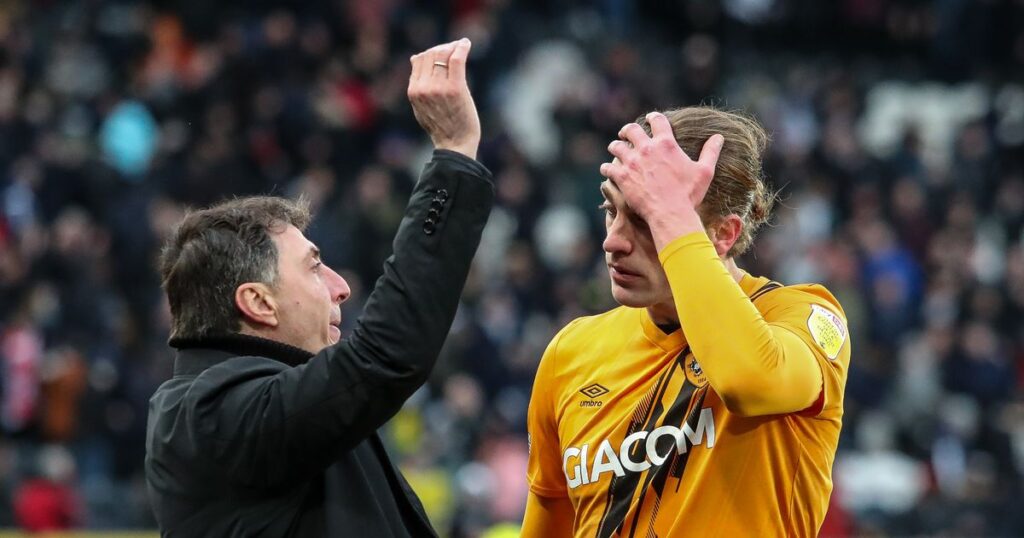 Hull City have eight players out of contract at the end of the season in what looks like being a busy first summer in charge for new head coach Shota Arveladze and owner Acun Ilicali.

Just seven games of the Championship season remain for the Tigers to ensure they finish with a flourish, and with a 13-point gap to the relegation zone, the prospect of being involved in one of the world’s most exciting – and unpredictable – leagues next season looks positive.

One of the biggest talking points between now and May will continue to be the future of key first-team players like George Honeyman, Richie Smallwood and Matt Ingram, and what will happen in the future. While the club has option years available to them on all eight players, it remains to be seen what has been discussed during the international break, and here, we take a look at what’s been said so far.

READ MORE: The Hull City man who turned to a gardening career in bid to fund coaching dream

“When you make the players happy, their aim is always to stay with the club,” Ilicali told Hull Live. What we’re going to do is make them happy. After that, everybody is free to go but I can say that I have never let anyone go in my life when I want to have them.

“Unusual things can happen in football, but we will not lose our best players. We can only let them go for one reason if that gives benefit to the club.”

“We have started already, a little time ago. The club has begun negotiations with the players and I’ve spoken to some of them,” the Tigers head coach told Hull Live. We will go step-by-step and make decisions with them together.

“The best scenario will be for us to come to a solution which we both agree on, it’s part of the negotiations and I don’t mean from a financial side. It comes down to whether they want to stay here, how happy they are to be here and be a part of it. I believe (their happiness) will be the main point.

“Sometimes eight out eight stay, sometimes two don’t or maybe one doesn’t, but we’ll see happens, but negotiations have started. Agents have been over (to meet with the club) and some players have come to me and I’ve called them to talk to them, it’s ongoing.”

“After the January window closed there were initial talks and they went decently well, I thought, but it’s all been a little bit quiet since then, that’s about all I can say really,” last season’s Player of the Season told Hull Live. “You don’t know what’s going on at a football club and the takeover is obviously huge, so you don’t know what’s in the in-tray, for us as players – and there’s quite a few of us out of contract – we’d probably like it sorted out sooner rather than later.

“Now it’s so close to the end of the season, you’re kind of like it’s gone so far it might not happen now until the end of the season, so you just relax a little bit because it’s out of your control, it’s down to the club to try and come together and sort something. For us as a group, we’re not relaxed about it (as a whole), but we appreciate that the club has just been taken over and it might not be at the top of their agenda.”

“I’ve not heard anything from the club as yet, they’ve got an option on me. I’m just trying to take it game by game and hopefully, my performances on the pitch do the talking, and off the pitch gets sorted because of my performances, but nothing has come of it yet,” Smallwood told Hull Live, before confirming that he’d had no discussion with Shota Arveladze over his future.

“Yes, of course,” he then added when asked if he wanted to remain at the club he captained to a League One title last season. I’m having a great time, there’s a real good feel-factor and the club want to push on and I want to be a part of that, who knows?

“I’m not too sure if the club wants to keep me or not, hopefully, the discussions come sooner rather than later because it would be nice to go into the summer knowing what my situation is going to be.”

“Yes absolutely, as far as I’m aware. Nobody has come up to me and said otherwise. I actually love being here, I love living here.. I live in Beverley, even with the takeover happening you talk to everyone and you see the excitement all around.

“They’ve got an option on my contract, but it’s up to myself and my own performances. Nothing’s been said as of yet, I don’t think any contract talks with anyone have taken place, especially with the takeover. It’s not great, is it? You want to know where you’re going to be, unfortunately, that’s life and a lot of people don’t know their own future.

“Fortunately, I’d like to think a large portion of it is in my own hands due to my own performances, so hopefully I get the time to show that and earn myself a contract. Absolutely, yes, of course, I do.

The remaining players yet to speak about their deals: Matt Ingram, Mallik Wilks, Josh Emmanuel, Tom Huddlestone and Callum Elder.