How to stop lashing out when you’re hurting 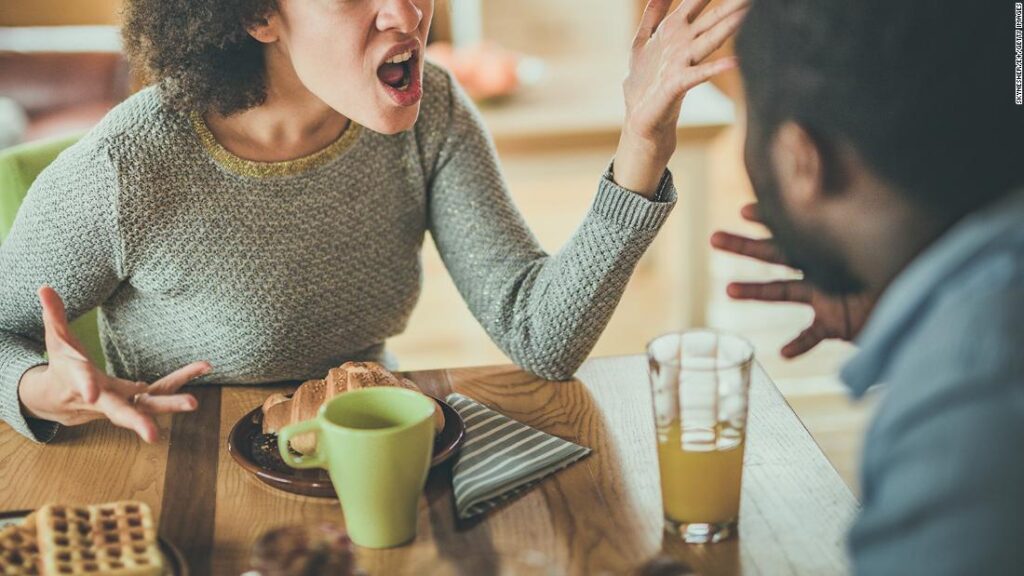 Anxiety and depression remain significantly higher than before the pandemic, surveys show, and both of those have been linked to anger.

As a psychologist, I hear from my clients about how they find themselves lashing out at people around them because their nerves are so fried. Feeling scared, irritable or sad is uncomfortable. Verbally and physically acting out might bring temporary relief, but ultimately it harms our relationships and the people we care about and makes us feel even worse.

While it’s hard to stop our pain from morphing into anger, we can change how we respond to our emotions. Here are five strategies I share with my clients:

1. To act kindly, start with self-compassion

Good people feel bad about hurting dear ones when they explode, leading to feeling ashamed. And shame, in turn, leads to putting our heads in the sand to avoid dealing with reality. So you first need to accept that all humans are fallible. That will help in tackling the denial.

List the specific consequences of angry behaviors on people in your life. If you’re unsure how your actions affect others, ask them. Then check in with yourself. How do you feel after losing your temper? Are you achieving your goals by acting this way? Are these angry behaviors consistent with who you want to be as a partner, friend, parent, boss, coworker, neighbor or relative?

The answers will give you a sense of how much damage you’ve been causing both to others and to yourself. It’s important that you keep this in mind as you embark on behavior change.

Take an inventory of typical situations in which you blow up. Are you most vulnerable at the end of the day — when you get home hungry and exhausted? Is your Achilles’ heel the hurt that comes with rejection? Maybe your spouse’s more-permissive parenting stokes your worry about children into enraged criticism.

It’s helpful to recognize your triggers so you can avoid or modify these contexts. For example, put off discussing difficult topics at home if you tend to feel trapped and explode there. Instead, have tough conversations with your partner during a walk. Or ask your roommates to give you some space when you’re feeling down if their intrusions tend to set you off.

Many of my clients are surprised to realize that anger is often a secondary emotion that masks other primary ones. Try to identify whether anxiety, depression, regret, pain or disappointment hide underneath that rage. If so, focus on coping with the primary emotion first.

This is the crux of how to stop lashing out in the moment. Focus on what’s going on in your body as you catch the beginning of your anger wave. Each anger episode starts with a fight-or-flight reaction. Do you have tightness in your chest or stomach? Feel flushed? Have clenched teeth or wrists? Dry mouth? Pounding heart? Figure out which sensation tends to show up first.

Next, surf the wave of anger and the urge to act out until you reach the metaphorical shore. I often guide my clients to re-create a recent anger episode in their mind and then practice surfing the feelings again and again. It turns out that emotions don’t last long if we don’t act out of our discomfort.

If you’re unable to stay with the wave without lashing out, try the next two strategies first.

Rather than yelling, cursing or physically raging, consider leaving the situation. You’ll need to do it at the first sign of anger and should have a plan for how you’ll excuse yourself and where you’ll go. Give friends and relatives a heads-up that you’re working on your aggressive behaviors and that you might leave a situation somewhat abruptly. Saying you need to go to the bathroom or make a phone call is always a graceful way to remove yourself quickly.

Going outside has multiple benefits if it’s an option: a change of scenery to focus on, the calming effects of nature and the presence of passers-by, which reduces the chance of acting angrily. Otherwise, have a preplanned space to retreat to in your home or office, for example. Wherever you go, make sure to stay there until your anger subsides.
To speed up a return to a calm state, slow your breathing by counting to four seconds during an inhale and eight seconds for an exhale, and breathe from your belly instead of your chest. Or try other evidence-based activities I recommend to my clients: Get intense exercise, make your mind work hard by counting backward from 100 by sevens or name animals starting with each letter of the alphabet. You also can picture yourself at your favorite vacation spot, including all the sights, smells and sounds.

Eventually, you will be able to engage in these calming strategies, even while staying in the anger-provoking situation.

5. Act opposite from your urges

Here’s where common advice about anger falls apart: Kicking or smashing something will neither lower your anger nor decrease the chance of lashing out, in spite of the popularity of punching bags or spaces such as Wreck Room in London. Scientists have found that acting aggressively actually adds fuel to the anger. Conversely, kind and gentle behaviors can extinguish the flame.
So, recognize what you feel like doing when your distress turns into anger and then intentionally do the opposite. If you notice an urge to raise your voice, speak softly and slowly instead. As you feel pulled to frown, smile instead. When you’re about to blurt out something harsh, bite your tongue. And your urge to clench your fists and punch something is a signal that it’s time to rest your hands palms up on your lap and relax your muscles.

What to do if someone lashes out at you

You might be left asking what to do when you find yourself on the receiving end of someone’s ire. When someone snaps at you, and you suspect they’re hurting underneath, calmly ask them what is going on. If that just escalates their angry behavior, disengage and don’t reengage before they’re ready to talk without lashing out.

If you get frustrated and angry in response to their anger and feel an urge to respond in kind, use the above strategies to stop yourself. No discussion has ever been productive while people are flying off the handle.

If you find yourself repeatedly the target of someone’s wrath — verbal or physical — contact the National Domestic Violence Hotline or One Love Foundation, which deals with relationship abuse.