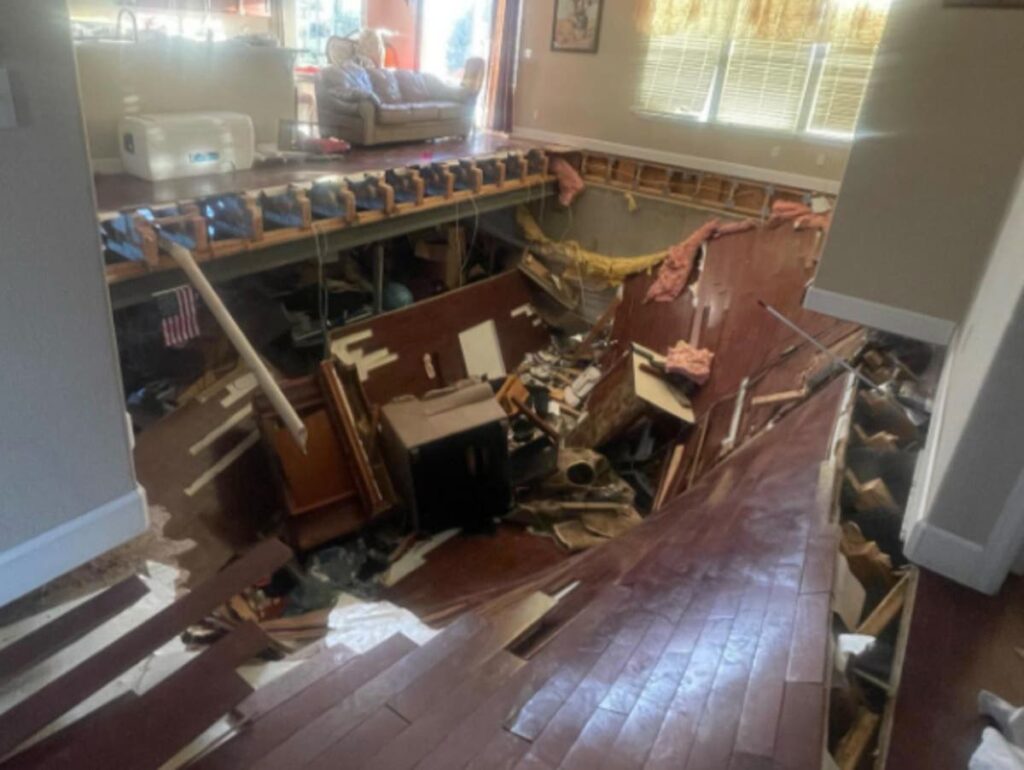 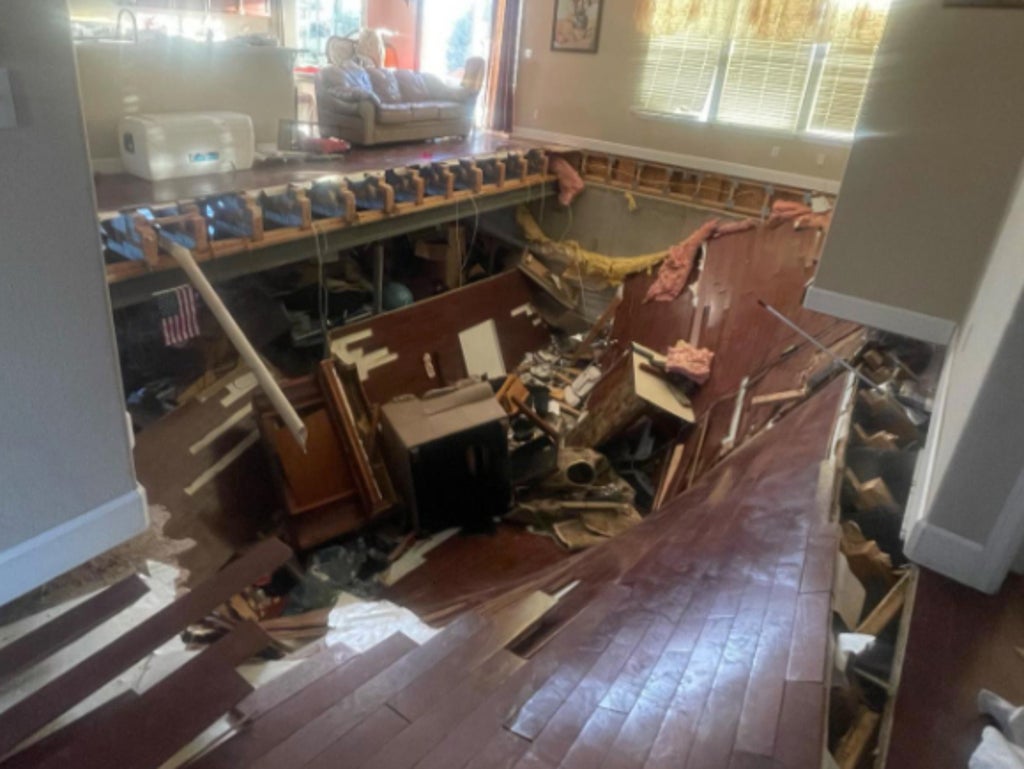 Video footage was captured of the horrific moment an 18th birthday party went very wrong and dozens of teenagers fell a storey through a roof in Colorado.

Three people were hospitalised following the incident, which happened in a suburb of Denver.

Around 100-150 people were dancing in the room before the floor gave way, first responders have confirmed.

The homeowners were hosting a birthday party for their grandson, according to the Arapahoe County Sheriff’s Office.

The address of the party was shared on social media and quickly got out of hand,  two partygoers told KUSA.

“Two seconds before the ground ended up breaking, you could hear it all snapping apart, but you didn’t have enough time to do anything about it,” said the 15-year-old attendee.

“It’s amazing that no one was seriously hurt or killed,” said firefighter Scott Richardson of South Metro Fire Rescue who explained that this incident was very unusual.

“It’s not the static weight of us just standing on [a floor], but if people are jumping up and down, and that creates what we call a ‘shock load’ to the floor, and then you can’t really predict what’s going to happen,” he said.

A GoFundMe page has been set up to help pay for the house costs for the owners, who are allegedly in their 70s and are supposedly in a hotel as they are “not able to stay in their home”.

There will be no criminal investigation into the incident.