Making sense of calorie counts to maximize your workout burn 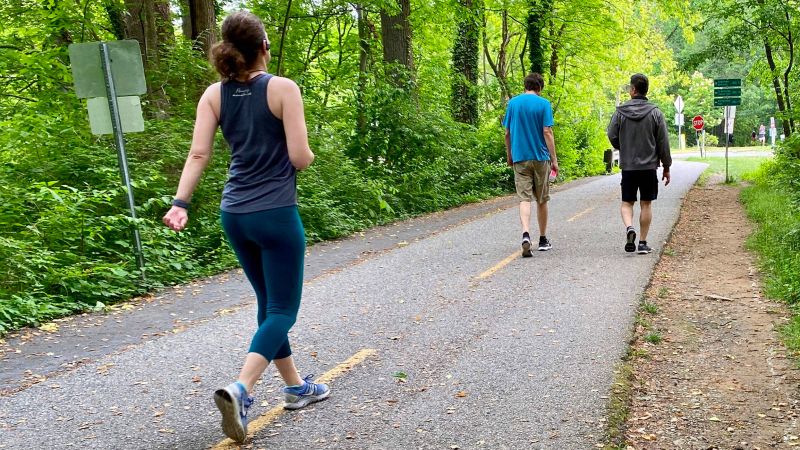 
Subscribe to CNN’s Fitness, But Better newsletter. Sign up for our newsletter series to ease into a healthy routine, backed by experts.

Forty-five percent of the world’s population is trying to shed a few pounds, according to a 2020 Ipsos poll. And they prefer to do it by exercising more and eating better, not by dieting. That’s essentially the well-known “calories in, calories out” method, where you try to burn more calories than you take in. There is just one problem: Nailing down your calorie burn is harder than you may think.

“You work harder running 6 miles (9.7 kilometers) in 80-degree (27 C) heat and high humidity than when it’s 50 degrees (10 C) and dry,” said Dr. Keith Anderson, a family and sports medicine doctor with Novant Health in Charlotte, North Carolina. “Your body also works harder if you’re fighting off a cold or if you didn’t sleep well the night before. There’s so much combined into metabolism.”

In addition, calorie-tracking devices such as fitness watches aren’t always accurate. While seven wrist-worn devices adequately measured heart rate in subjects who were walking, running and cycling, none accurately measured energy expenditure, according to one study published in the Journal of Personalized Medicine. The most accurate device was off by nearly 27%, while the least accurate was off by 93%.

Similarly, the calorie counters on exercise equipment such as treadmills, stationary bikes and elliptical machines are unreliable, too. Ellipticals in particular are especially poor at gauging your calorie burn accurately. These machines tend to overestimate your caloric expenditure significantly, as shown in a 2018 study published in the journal Exercise Medicine. In the study, these machines said participants were burning 200 more calories per hour than they actually were when exercising at a moderate intensity.

“You can’t really rely on these exercise machines,” said registered dietitian and nutritionist Kat Barefield, a nutrition master trainer with the National Academy of Sports Medicine. “Even if you get into an exercise physiology lab and get hooked up to sophisticated equipment, the results won’t be totally accurate.”

But if people don’t know how many calories they are burning during a particular workout, how can they come up with a solid fitness plan? Opt for full-body workouts, Anderson said, as they torch the most calories.

“The more movement you can involve, the better,” Barefield said, noting you can use trekking poles when going out for a walk or hike to burn a few more calories. Even listening to music can help. “Music will give you more energy to move at more intense speeds,” she said.

Some people prefer to focus on the “calories in” part of the equation. The calorie counts for various food items tend to be fairly similar, no matter where you check. Few will dispute, for example, the US Department of Agriculture’s assertion that one medium-size apple contains about 100 calories, depending upon the apple variety and exact size. And the Food and Drug Administration requires most prepared foods and the standard items in certain chain restaurants to disclose the number of calories they contain. But Anderson said counting calories can be problematic, too.

“I don’t know many patients who can accurately calculate their calorie intake,” he said. “They may look up on the internet that a PBJ is X calories, but exactly how much peanut butter are they putting on their sandwich? Are they eating the crust? It all comes down to estimates.”

She’s also a fan of employing NEAT, or nonexercise activity thermogenesis, a fancy term for the calories you burn through any movement outside of eating, sleeping and planned exercise.

“It’s things like going up stairs, gardening, pacing while you talk on the phone – that’s all NEAT,” Barefield said.

In his 2009 book, “Move a Little, Lose a Lot,” Dr. James Levine wrote that our sedentary lifestyle sucks 1,500 to 2,000 NEAT calories a day from our lives. Levine, an endocrinologist, is credited with creating the first treadmill desk as a way to increase NEAT.

Perhaps boosting your NEAT will be more helpful than counting calories or trying to figure out the exercise that burns the most of them. But even when pondering NEAT, don’t get lost in the details, Anderson said.

“You can spend a lot of time adding up calories, but that’s stressful,” he said. “And we all have way too much stress in life already.” Instead, Anderson said to focus on your health, not weight, and on moving regularly, whether that’s running, walking or dancing in your home with the drapes closed.

“Fitness is more important than fatness,” he said, “and exercise will outperform dieting every single time.”