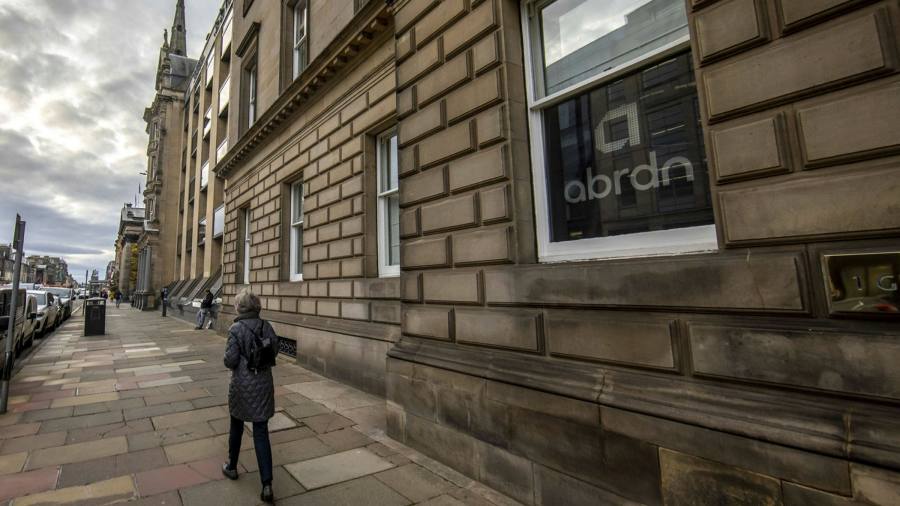 
Abrdn has reduced its exposure to Russia and Belarus in recent weeks and will not invest there for the foreseeable future, the UK asset manager said as it reported a 47 per cent rise in operating profits in 2021 to £323mn.

The fund manager reported net outflows of £6.2bn on Tuesday, slightly higher than the £6.1bn expected by analysts, but a marked improvement on previous years. The company, whose assets under management and administration rose 1 per cent to £542bn, has experienced net outflows every year since 2016.

Abrdn, which has substantial investments in emerging markets, has sold down its Russian exposures in recent weeks to about £2bn across all portfolios — about 0.5 per cent of its total assets — and said it would consider reducing them further once Russian markets reopened and liquidity and prices improved.

The manager still has a position of about £5mn in Russian state oil group Rosneft. Bird, who took over as chief executive in September 2019, said the company had not yet needed to freeze any funds as a result of western sanctions introduced after Russia’s invasion of Ukraine.

“We haven’t seen a rush to redeem though we remain able and capable of doing that if we have to,” Bird added.

Abrdn has struggled in the aftermath of a lacklustre merger in 2017 that brought together Standard Life and Aberdeen, creating one of the UK’s largest fund managers. The combined companies’ value has shrunk from £11bn when they were joined to £4.4bn.

Bird’s decision in December to buy retail investment platform Interactive Investor for £1.49bn in cash is his biggest bet yet to turn the fund manager round. The deal is expected to complete in the second quarter of 2022 and still needs to be voted through by shareholders, after a delay in the process caused by a paper shortage last month.

The company will maintain its dividend of 14.6p per share, in line with expectations, and would resume paying bonuses to staff as profits and revenues have improved. Bird also reiterated its intention to return some capital to shareholders.

Abrdn’s share price fell 2.5 per cent in early trading in London, paring its value over the past 12 months by 36 per cent.