US air quality report finds a sharp uptick in pollution, with the hardest-hit cities in California 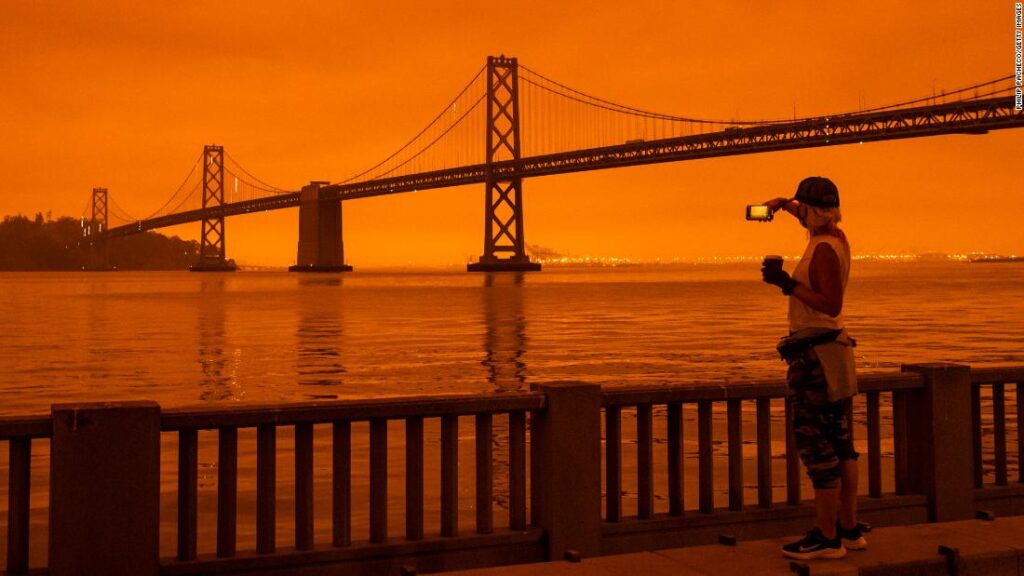 After a steady 23-year decline in US pollution levels through 2017, the American Lung Association’s State of the Air 2022 report found a sharp uptick in pollution over the past five years.

“That’s certainly a disturbing trend and one of the challenges that we have to address to promote health equity and environmental justice,” said Paul Billings, a senior vice president with the American Lung Association. “We see the impacts of systemic racism on those who bear the greater burden of pollution.”

The report also found that 1.5 million pregnant people lived in counties with a failing grade for at least one pollutant. Exposure to air pollution during pregnancy can cause problems including higher infant mortality, lower birth weight, impaired lung development and early changes in immune development, studies show.

Some experts predicted that with the Covid-19 pandemic and fewer people driving during lockdown, pollution levels would drop. There were indeed some marked improvements in air quality, Billings said, but the progress didn’t hold up nationwide throughout 2020.

People weren’t driving to work as much, but online shopping went up significantly. All those deliveries may have had a negative effect on pollution levels, Billings said.

Fine particulate matter pollution, also known as particle pollution or PM 2.5 pollution, can come from things like fossil fuel plants, cars and agriculture. It is one of the tiniest yet most dangerous pollutants. When inhaled, the pollution travels deep into the lung tissue, where it can enter the bloodstream. Exposure is linked to several health problems, including asthma, heart disease, chronic bronchitis and other respiratory illnesses.
Particle pollution is also thought to make people more susceptible to Covid-19, even after short-term exposure, studies show. Long-term exposure is linked to more severe Covid-19 outcomes.

For healthy people, exposure to this kind of pollution means more coughing, wheezing, asthma attacks and shortness of breath, Billings said. For people with asthma and other chronic disease, exposure means higher rates of premature death.

The cities that were most polluted by year-round particle pollution were all in California, with Bakersfield topping the list, followed by the Fresno-Madera-Hanford area, Visalia, the San Jose-San Francisco-Oakland area and Los Angeles. About 20.3 million people live in these areas.

The worst five areas for short-term particle pollution were also largely concentrated in California. The worst were the Fresno-Madera-Hanford area and Bakersfield. Fairbanks, Alaska, came in third, followed by two other California areas: San Jose-San Francisco-Oakland and Redding-Red Bluff. More than 63.2 million people live in these areas.

For ozone pollution, the five worst cities were Los Angeles-Long Beach, Bakersfield, Visalia and the Fresno-Madera-Hanford regions in California. Rounding out the worst five was Phoenix-Mesa, Arizona. More than 122.3 million people live in a county with a failing grade for ozone, but this is an improvement from last year’s report.

There have been advances in reducing pollution, but one phenomenon that’s driving the overall increase — in the West in particular — is the endless wildfire season. Other studies have shown that this smoke can drift as far as New York. In July 2021, a year not captured by the latest State of the Air report, Western wildfire smoke contributed to New York City’s worst air quality day in 15 years.
With moderate to extreme drought conditions in California and above-normal temperatures predicted through spring, the state says it could see even more wildfires this year.
The climate crisis has extended the country’s wildfire season so it now lasts all year.