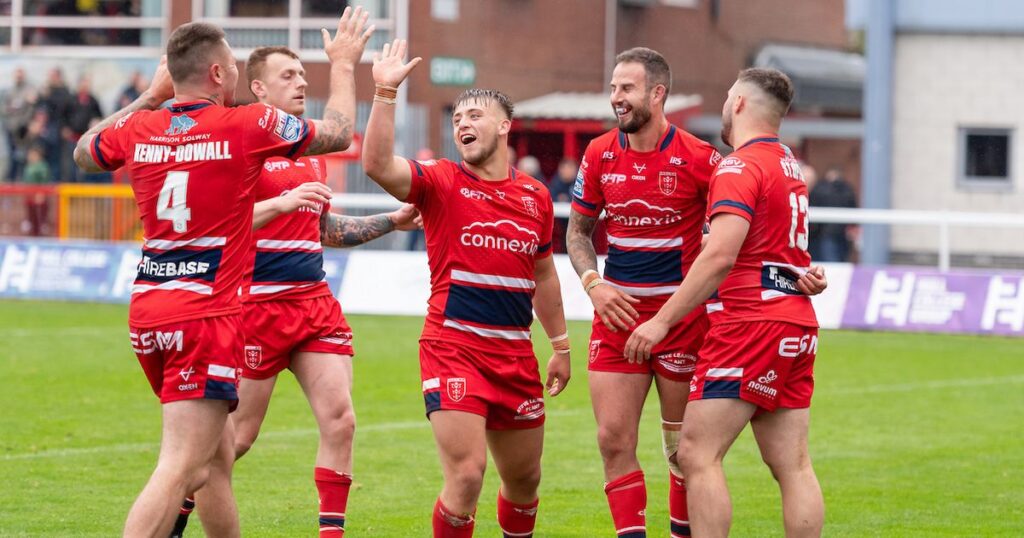 After finally snapping their losing streak last week, the focus for Hull KR now is to produce a string of results that will help them solidify their position in the play-offs. Given that, a trip to St Helens is far from ideal.

That is ultimately the hand Rovers have been dealt. There’s no hiding from the fact that it’s a daunting task; Saints have only lost four games at the Totally Wicked Stadium since the beginning of 2019 having dominated Super League in that period. Rovers have a dismal record there having won just once since 2009. The odds are stacked against them.

Travelling back across the M62 with a result would be a phenomenal achievement and you’d never say never but ultimately Rovers need to look at the bigger picture and put their focus on other elements of their clash with the champions.

Following Sunday’s game, Rovers have a five-match period that promises to be a defining one in their season. Home games against Huddersfield Giants and Wakefield Trinity as well trips to Toulouse Olympique and a struggling Warrington Wolves side provide fixtures that can deliver league points. There’s the small matter of a Hull derby at Magic Weekend, too.

Realistically, Rovers will look at all of those games as being winnable and if they can conjure up another winning streak in that spell they’ll be well on their way to securing a play-off spot. As such, delivering a positive performance against St Helens is pivotal, even if the result isn’t essential.

Sunday’s win over Salford has sprinkled some much-needed positivity across Craven Park but that will quickly disintegrate if Rovers return to the lacklustre levels they had produced for a month before. Not only would that send them back to the drawing board but it would almost certainly mean they’ve been on the receiving end of a beating from Super League’s benchmark side.

Not only that, but another positive performance would help catapult them into another good run. Regardless of the result, Rovers are undoubtedly going to be better off if they have given the champions a game and can put the game to bed on a positive note.

Whether fans see it this way or not, Sunday’s game is a free hit for Hull KR, but that doesn’t mean the game should be seen as an opportunity to put the cue in the rack for a week, it needs to be used productively to ensure they’re in the best state possible heading into a crucial period.

Nobody would turn their noses up if Rovers can find a way of beating Saints, it would undoubtedly be the result of their season so far. But if they are going to do that they need to get their performance spot on regardless. What’s for certain is that delivering a positive display has to take priority this week, even if it doesn’t deliver the result everyone craves.