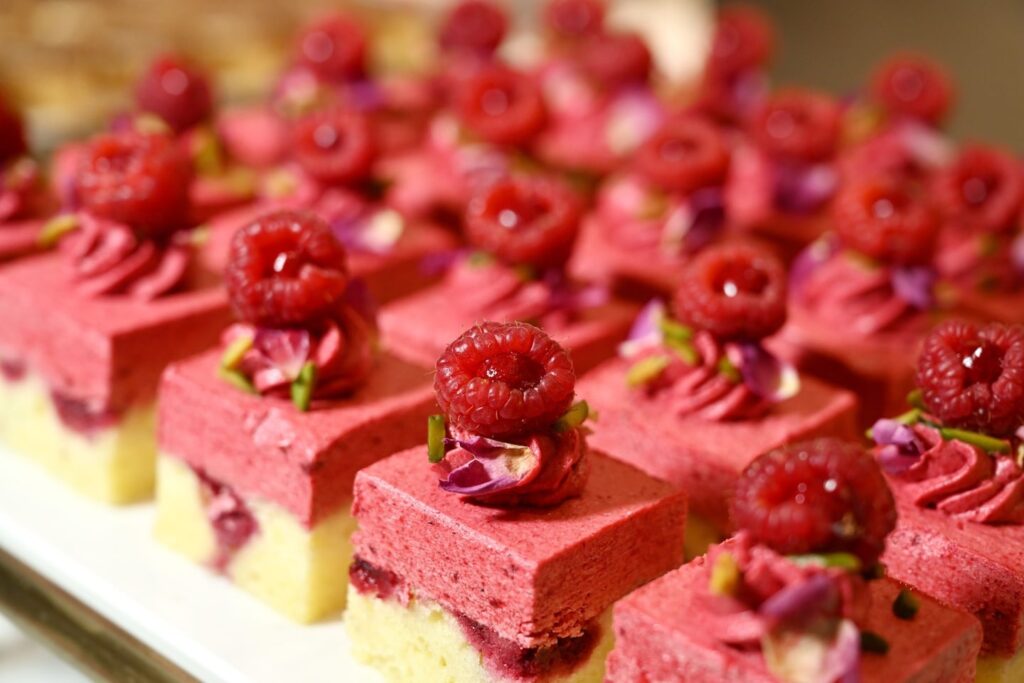 Blue Monday, the third Monday in January and traditionally the most miserable day of the year, is thankfully behind us. But it’s still grim out there. The weather is freezing, while war, strikes and soaring costs dominate the headlines.

But as the sun sets in the middle of the afternoon, we have some solace: that cup of tea and slice of cake that some employers and work colleagues provide.

Last week, Susan Jebb, chair of the UK government’s Food Standards Agency, said — in a personal capacity — that bringing cake into the office should be seen as harmful in the same way as passive smoking. Pardon me. This ignores a very important point. While Britain has an obesity crisis, there’s nothing wrong with a little treat to lift the spirits. The dislocation of the pandemic and the ongoing cost-of-living crisis have put a lot of pressure on us. Cake is good for the soul — and fine workplace management.

Think of that slice as self-care. A red velvet cupcake is the culinary equivalent of red lipstick. When times get tough, women cut back on extravagant purchases, and turn to affordable pleasures. Cosmetics and fragrance make us feel good. The luxury giants have long known the power of a pick-me-up. While not all can afford a Chanel handbag, it’s still possible to feel chic with a dab of Chanel No 5. Prada SpA even owns upmarket Milanese patisserie Marchesi.

Meanwhile, between WFH and RTO, both employers and employees are struggling to adjust. Friday cake – or Thursday if you have flexible hours — can not only be heartening, but also open up communications among co-workers who may be spending at least some of the week apart. A senior executive at one PR company told me that introducing Friday afternoon cake a decade ago did more to enhance office morale than anything else.

This is even more important when times are tough. At one British retailer battling back to survive after the 2008 great financial crisis, it became clear it would be unable to pay staff a bonus. However, the then chief executive made sure they had a Christmas party and distributed chocolate to the staff who had worked hard under difficult circumstances. The generosity didn’t compensate for the absence of a bonus, but it did help alleviate some disappointment.

When I worked for the Financial Times, in the depth of the 2008 recession, the paper provided a cake trolley every afternoon, which arrived at a slightly different time from tea and coffee. We dubbed the gap the “Cake Default Swap” — and joked that the bigger the interval, the more likely that day’s trolley would be the last. Gallows humor, yes, but the opportunity for sweets provided relief during a frightening time.

Even before the pandemic, companies were providing free snacks and beverages. Today, around half in the US offer them, according to the Society for Human Resource Management. (Bloomberg LP has provided snacks, coffee and meals for its employees for years.) A 2015 survey by online grocer Peapod.com found two-thirds of staff at companies that provided free snacks and beverages reported being happy with their job. This is even higher among young people. Millennials were nearly three times as likely to value in-office treats compared with those 45 and older.

The PR company that pioneered cake a decade ago now offers a different treat every day, partly to encourage people to come into the office. Catering giant Compass Group Plc said recently that more companies were using subsidized meals to coax workers back. Comfort food is particularly popular. In the UK, retailers including employee-owned John Lewis Partnership, Tesco Plc and J Sainsbury Plc are all offering food for their staff to help them with the cost-of-living crisis.

There is a law of diminishing returns with cake. Too many home-made banana loaves or donuts from the nearby hipster bakery ratchet up the health risks. Familiarity can also breed, if not contempt, ennui. Meantime, perks should not be an excuse to underpay people. Non-cash rewards must be part of a well-rounded compensation package.

Tesco recently came under fire for giving employees tins of Quality Street chocolates instead of cash for Christmas. The company said it had never given out a holiday bonus and that a December 2020 payout was in recognition of exceptional work during the pandemic. In 2019 it switched from paying staff an annual cash bonus to a higher rate of pay, and further increased wages last year. It also doubled the staff discount to 20% in the run up to Christmas.

If companies and employees alike can navigate the potential pitfalls, there is nothing sweeter than that afternoon slice of Victoria Sandwich or midmorning cinnamon roll. To cite a former prime minister, “My policy on cake is pro having it and pro eating it.” OK, Boris, but in moderation.

Give the UK Credit for One of the Best Pensions in the World: Merryn Somerset Webb

• How a Declining British City Changed Its Fortune: Adrian Wooldridge

Andrea Felsted is a Bloomberg Opinion columnist covering consumer goods and the retail industry. Previously, she was a reporter for the Financial Times.