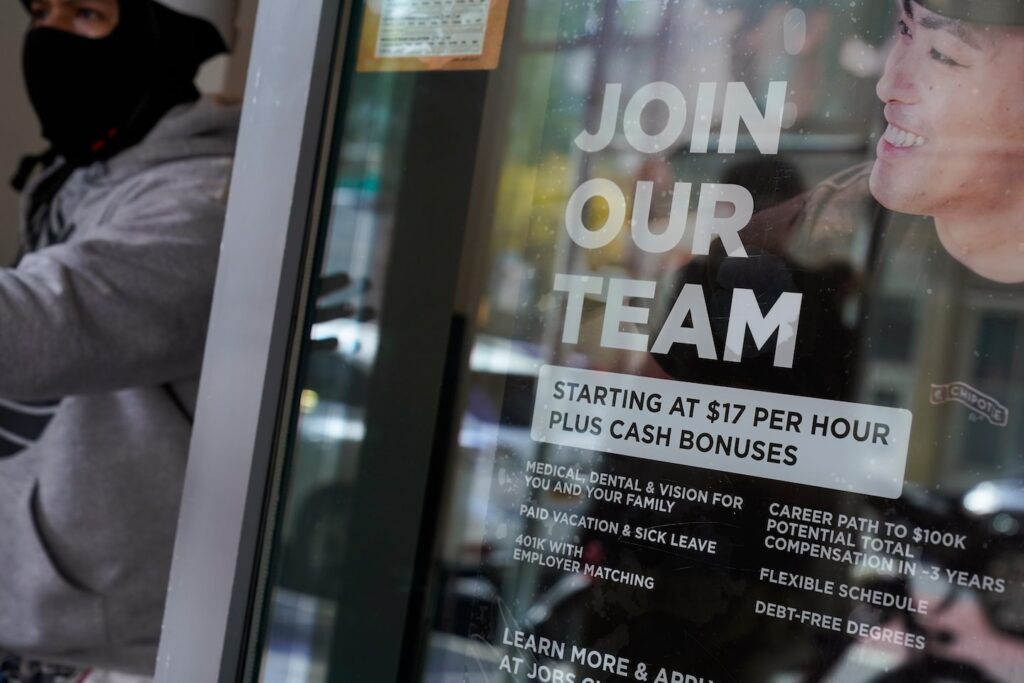 Brandon Livesay moved from Australia to New York in December and fell into the job hunt, a month after the city became one of the biggest in the country to require disclosure of salary ranges on all job postings.

He hoped the pay transparency legislation would simplify his search, but many of the job ads he has seen strike him as “a bit shady and unhelpful,” Livesay said. He frequently runs into postings with salary ranges spanning hundreds of thousands of dollars. One position he encountered with an advertising company claimed the pay would fall somewhere between $50,000 and $1,000,000.

“I wish it was more transparent, because that’s what it’s all about,” Livesay said.

While about a dozen states and municipalities, including California and Washington state, now have laws on the books as of January requiring pay transparency in job ads, corporate America is having a hard time adapting. Companies are struggling to keep up with the patchwork of legislation, set meaningful salary ranges and navigate conversations around pay with job candidates and their own employees. Meanwhile, job seekers say they are frustrated about approaches that undermine the purpose of pay disclosure policies: to level the playing field by dragging the compensation conversation into the public eye.

As pay disclosure laws took effect in key job markets, some big companies such as Alphabet, Wells Fargo, IBM and American Express have opted to post salary ranges for all U.S. positions, regardless of whether it’s required or not. (Alphabet, Wells Fargo and IBM all declined to comment on that decision.)

But for many employers, the patchwork of pay transparency laws is creating a burden they are ill-equipped to face, according to Frank Kerbein, director of the Center for Human Resources at the Business Council of New York State, Inc. Three-quarters of the group’s 3,500 members have fewer than 50 employees.

“Depending on the size of your organization you’ll have a different struggle,” Kerbein said. “The Walmarts, the Targets, they’ll figure this out.”

For Chat Joglekar, chief executive of Baton, a New York City-based start-up that helps small businesses get valuations, it seemed like the law went into effect without much guidance or fanfare. He said he is in favor of transparency and thinks it’s a “net good for the ecosystem.” But the way it unfolded felt “a little backward,” Joglekar said, “like the onus was on us to figure it out.”

“When we did this, there was the worry of, ‘Are we doing it wrong?’” said Joglekar, who has been trying to figure out how to present the salary disclosures, especially without a huge human resources team to help. So far, he said, it’s going well. “Given the few jurisdictions that have done it, it would be nice if there was a further push to get everyone on the same playing field,” Joglekar said.

Up until now, compensation in white-collar jobs across America has been a “sort of black box,” according to Davia Temin, chief executive of Temin and Company, a crisis management firm. She said she thinks the new laws will inevitably create some tension across generational lines, with older workers used to keeping mum about pay and younger ones pushing for transparency.

“As you start to pick that box apart, it’s probably going to be more uncomfortable for quite a long time than it is comfortable,” Temin said. “How that uncomfortableness translates to business performance is something else.”

Companies are gradually getting up to speed, said Roger Lee, co-founder of Comprehensive.io, which tracks pay ranges for tech-industry postings. A little over a quarter of tech companies in California were in compliance when the state’s new law went into effect Jan. 1, according to the site. Since then though, the number has risen to roughly 54 percent, as companies adjust to the new reality.

In New York City, where pay rules went into effect in November, compliance is even higher, at nearly 65 percent.

“By and large, most companies are complying in good faith,” Lee said, “but there are some outliers.”

The top complaint against employers so far appears to be that salary ranges are too broad. For example, a software engineer at Netflix working in Los Gatos, Calif., “or remote,” could earn $90,000 to $900,000, according to the company’s posting. A program manager at Tesla in Fremont, Calif. could earn anywhere between $68,000 and $222,000, according to a job posting. A senior product manager at cryptocurrency exchange Okcoin in San Jose could earn between $175,167 and $439,000, the company’s posting said.

Such broad ranges can undermine the purpose of salary transparency laws, which aim to leverage openness around a historically private topic to tackle wage gaps across race and gender that persist in the United States.

Women in the United States earned 17 percent less than men in 2021, according to the most recent available data from the Organization for Economic Cooperation and Development. For women of color, the gap is often greater: Black women earned roughly 88 percent of the median wages of White women in the second quarter of 2022, according to data from the Bureau of Labor Statistics, while median earnings of Hispanic women were about 78 percent of White women’s.

Each law has a slightly different set of requirements; however, most guidance around setting pay scales boils down to “what does the employer reasonably expect to pay,” said Andrew Turnbull, partner at law firm Morrison Foerster. But the pay equation varies vastly from company to company and role to role. He advises corporate clients to assess pay throughout their company so they can catch and correct disparities. He is also warning clients that pay discrimination suits are likely to spike the longer these laws are in effect, as workers compare wage gaps.

“The biggest warning I have is making sure you understand your pay practices and know how to explain them,” Turnull said. “This is one of those issues that’s not going away.”

For job seekers, the discomfort from employers has been evident from the outset. On Nov. 1, when New York City’s pay transparency law took effect, Jennifer Arrellano took a call from a recruiter at a New York staffing agency about a payroll position. When Arrellano mentioned the new law and inquired about the salary range, the recruiter hesitated, then hung up.

“I said, ‘Hey, we got disconnected, can you follow up and tell me what the range is?’” Arrellano told The Post. “He was like, ‘Oh yeah, we must have gotten — click.’ He wouldn’t talk to me.”

The appetite for salary transparency is growing, especially among younger workers. TikTok channels such as Salary Transparent Street have garnered millions of views for interviewing workers on the street about how much they earn.

The pay transparency laws have raised many questions about how to compensate people who are doing the same jobs but living in different cities or different countries, according to Lizzie Mintus, chief executive and founder of Here’s Waldo Recruiting, which works with companies in the video game industry.

Previously, companies might have adjusted for the cost of living depending on each hire’s location. Now, they are more pressed to come up with options that cover everyone, or to make and monitor postings for different locations. Some companies have taken the approach of offering pay scales for jobs in certain areas, while adding a disclaimer that the actual salary will shift depending on age, experience level or other factors.

“Having to give the ranges has spurred internal reflection from business leaders about what is fair and what is not,” Mintus said.

A travel writer tweeted her salary and reignited a trend: ‘I just want people to get paid’

Even as companies move toward transparency, open discussion of pay remains controversial.

When Ashley Ruba decided to switch from academia to the private sector, she had no idea how much more money she could have been making. After years of living on roughly $50,000 during her postdoctoral fellowships, it blew her mind when she was offered more than $100,000 to work as a contractor with Meta. Then she talked to a friend in the same role, who said he was making $30,000 more. She asked for more and got it.

Four months ago, I posted my UXR salary on academic twitter.

As a post-doc, I had no idea how much more money I could make in UXR, so I wanted to share this info with others weighing similar decisions.

The response was far worse than I expected. 1/ pic.twitter.com/KiQD09Dukg

Ruba decided to share her experience on social media, hoping to arm others with the kind of information she wished she’d had. The negativity of the responses surprised her. People called her tacky for talking about money so openly. Others accused her of bragging. Some said that Ph.D students deserved low salaries because that is how things have always been. She suspects the pushback was particularly strong because open salary discussions are so rare in academia.