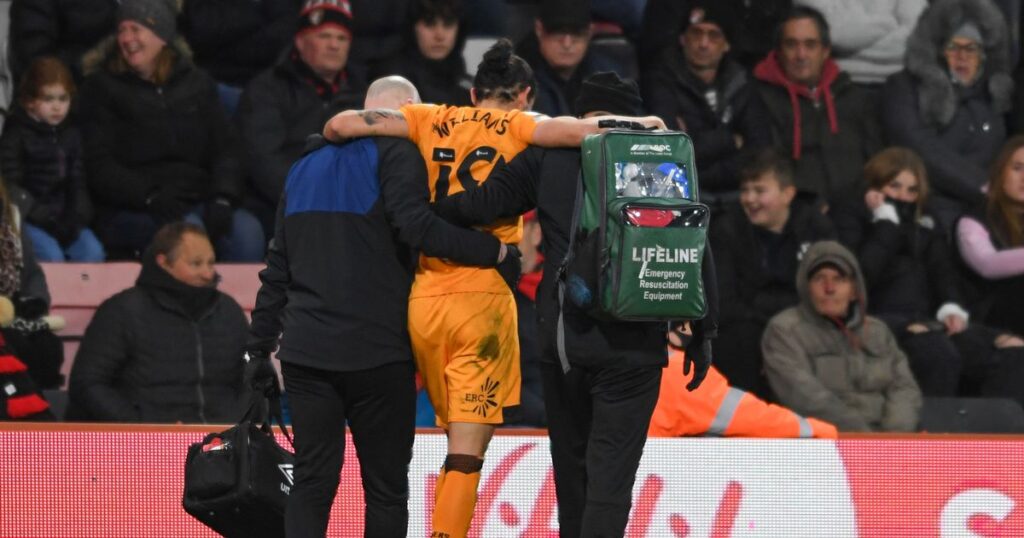 Shota Arveladze has given a glimmer of hope to summer signing Randell Williams featuring before the end of the season. The Hull City winger has been out of action since late February when he picked up a knee problem in the latter stages of the impressive win at Bournemouth, which came in Grant McCann’s final game in charge.

Williams has been back in training with his teammates at Cottingham, and though this weekend’s home clash with Reading will come too soon for the pacey winger, Arveladze hasn’t ruled out a possible outing against Bristol City next Saturday or the visit of Nottingham Forest to the MKM Stadium on May 7.

His absence along with that of longer-term absentee Josh Emmanuel remains the only players unavailable to Arveladze for Saturday’s 3pm kick-off against a Royals side chasing a victory that would guarantee their safety in the Championship.

“We’ve trained with the full group today. He (Randell Williams) trained today. Maybe he will participate (before the end of the season) but it’s difficult to say. He’s only trained a few times with us. I think it’s still too soon (for him to play a part this weekend). We have to be careful with him,” Arveladze told Hull Live.

“We have three games and I touch wood that they enjoy good health and no injuries in the final games. Everything is good and we all trained which is good.”

The City boss, who is looking for a second successive home victory for the first time as Tigers boss has also not ruled out making changes for the game, as he looks to try and keep players involved in the remaining three weeks.

Arveladze made three changes for the defeat at Millwall on Easter Monday, bringing Nathan Baxter, Callum Elder and Ryan Longman into his side, and with the likes of Di’Shon Bernard, Tom Huddlestone, Greg Docherty and Marcus Forss pushing for places, the Georgian says he could be tempted into shuffling his pack.

“I think I will still make changes, but not much. Let me think about it.”

Having ended their miserable six-game losing run with a 2-1 win over Cardiff last Friday, Arveladze is hoping his side can operate with a little more freedom in front of their own supporters in what is their penultimate home game of the campaign.

“We want to show our own supporters that we love to play football, especially at home. When they come and support us, we want to give them the maximum,” added the Tigers boss.

Share. Facebook Twitter Pinterest LinkedIn Tumblr WhatsApp Email
Previous ArticleDIY tips: How to ‘change up’ your home for ‘free’ and give it a ‘new lease of life’
Next Article Travel chaos and flight cancellations will rule this summer