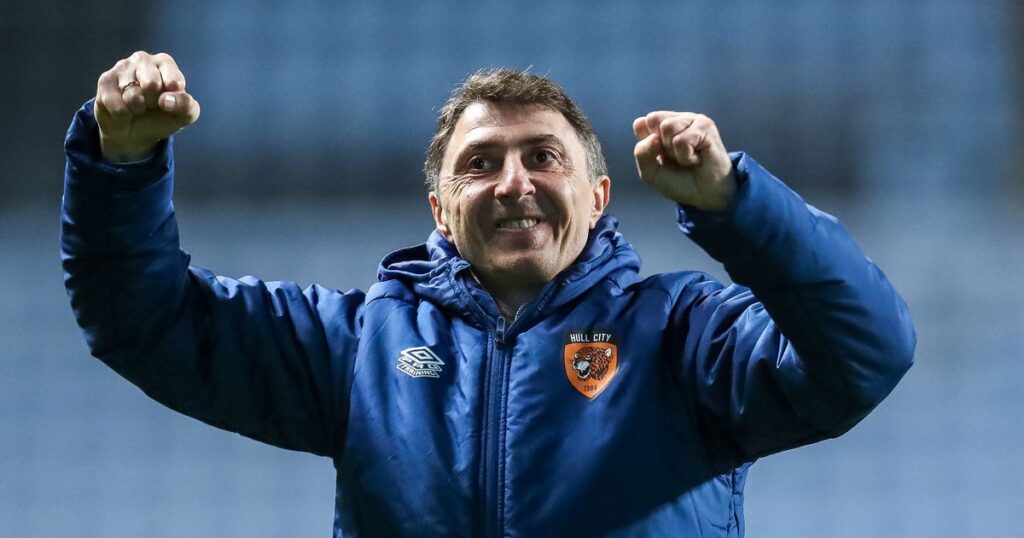 Hull City have been boosted by the return of Lewie Coyle and Tyler Smith for Friday night’s crucial Yorkshire derby with Huddersfield Town at the MKM Stadium, with the Tigers looking to end a dismal run of five straight home defeats in the Championship. Coyle has been sidelined since the stalemate at Sheffield United last month having picked up a hamstring injury in the first half, while ex-Blade Smith missed the 3-1 home defeat to Luton Town last time out.

The Tigers will still be without Randell Williams, though he’s back in light training following a serious knee injury, and long-term absentee Josh Emmanuel, but the return of Coyle, in particular, will provide head coach Shota Arveladze with a timely boost going into the final seven games of the Championship season.

City’s Georgian boss will also be hoping Keane Lewis-Potter, Allahyar Sayyadmanesh, Marcus Forss and Harvey Cartwright all return from international duty unscathed, after a busy Tuesday of action for the quartet. “We’ve had some great weather which was good for all of us. We’ve given the boys some rest which is very important for the whole group. It’s been good to have a small break,” he told Hull Live ahead of Friday night’s under the lights encounter.

“We’ve got seven games to go, it’s a lot of points to play for. It’s been a good rest and a good rest can act as a good training session if you can use that experience to rest well, I hope they understand that. He trained with the group and is fully fit. He’s not match fit yet which is an issue and it isn’t easy to come back after six or seven weeks out and then only having three or four sessions. He’s doing OK and will hopefully be a part of it.

“Apart from Randell Williams (and Josh Emmanuel), everybody is fit. He’s been out for a long time and isn’t training with the group ye but he is doing some light work and some passing sessions. We have to look after him.”

The City head coach also revealed that he would have liked to have secured a game or two for his returning players to clock up some valuable minutes, though he admits with the busy schedule throughout April, that could prove to be nothing more than a pipe dream.

“It hasn’t been easy, we’ve tried to have games against each other before we went for the short break, so we used this time to play 10 vs 10 and give them a chance to perform, that’s the way it is sometimes,” he said. “We will see what we can do for them to get some minutes again, but it’s not easy with games coming as quickly as they do. If we get a chance to make a 90-minute friendly then we’ll consider it but looking at the schedule, that is not easy.”

With City’s squad almost back at full strength, Arveladze welcomes the selection dilemma the return of Coyle and Smith will present to him, as he looks to put a halt to the poor form in front of their own supporters.

“It’s good for competition to have players back. It puts more pressure on (the players in the team) to perform better, it gives me a headache but it’s a good one and it is something that I have to solve and make the best choices.”