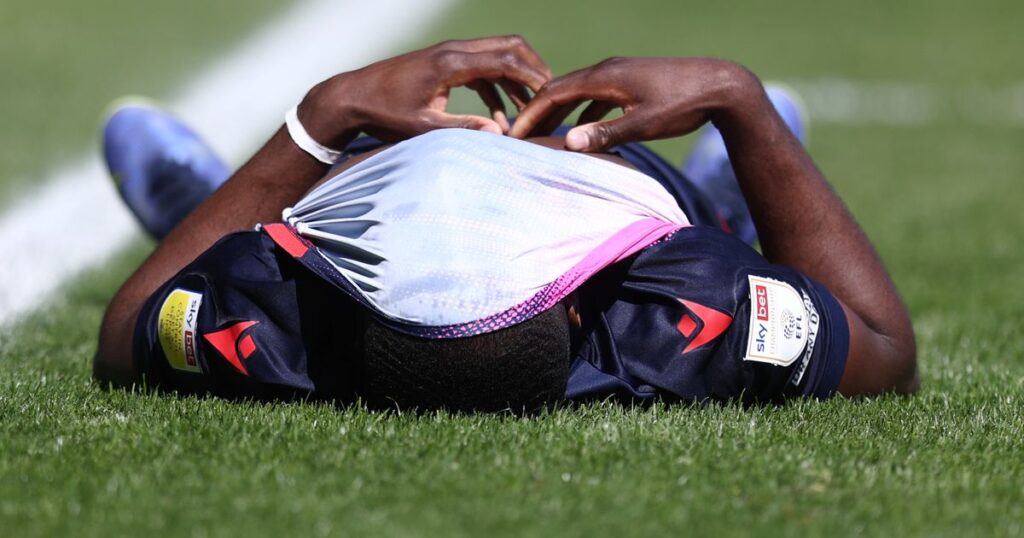 Nottingham Forest boss Steve Cooper has confirmed star striker Keinan Davis will not be available for the final day visit to Hull City, after the on-loan Aston Villa man picked up a hamstring injury last week against Luton Town. Davis missed the 4-0 thumping of West Brom on Monday night and has been ruled out of Forest’s remaining games, starting with Saturday’s trip to Peterborough United, a game which would see Grant McCann’s men relegated if they fail to beat the Reds and Reading were to avoid defeat at the MKM Stadium against a Tigers side gunning for a second successive home success.

There is, however, hope that the 24-year-old could return for a potential play-off campaign, should Forest clinch a spot in the top six for the first time since the 2010/11 campaign under Billy Davies.

“Next man up. It’s disappointing that Keinan is out, obviously, and we feel for him,” Cooper said after the win over Steve Bruce’s Baggies. “We’ve really enjoyed him. And the fans have really taken to him. But he’s not going anywhere – he’s still here and he’ll do his rehab here.

“He won’t play now until next season. I say it like he’s out for the season, but there’s only three weeks or so left. We don’t know what’s going to happen. We’re focusing on the next game, and we’re not looking any further than the Hull game. We’ve got five games left in less than three weeks; he won’t be available in that.”

Davis, who joined the City Ground club in January, has not returned to Villa’s Bodymoor Heath training ground and is instead going through his rehabilitation with Forest, along with Sheffield United loanee Max Lowe. “Keinan has been a bit chirpy today,” Cooper said ahead of Saturday’s trip to London Road.

“He’s trying to pick loads of players for the best teams in the world and all that sort of stuff! I’ve had to walk out of the medical room today because he was waffling a bit, to be honest!

“They want to finish the job here, whatever that looks like. They’ve been a big part of it.

“It’s great that they still want to be here, that they want to carry on doing their rehab here. We want to continue to work with them – this is not the ideal way, but it’s great to see them on a daily basis. We just need to shut Keinan up a little bit, to be honest!

“They are part of it. They are both popular lads. They’ve got friends here – you can see that.

“You see it around the food tables and in and amongst the social areas. That’s good to see. At the moment they are our players, so we treat them like that. Long may it continue. It would be better if they were on the grass, but it’s not to be at the moment.”