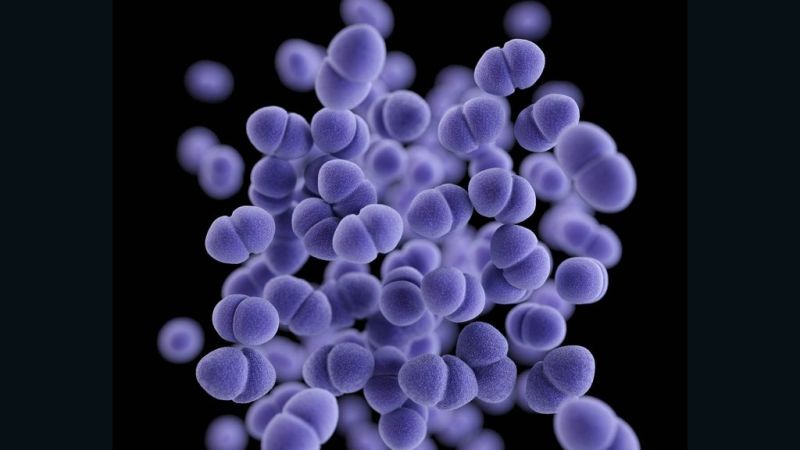 Here is some background information about MRSA.

Methicillin-resistant Staphylococcus aureus (MRSA) bacteria are resistant to all beta-lactam antibiotics such as methicillin, penicillin, oxacillin and amoxicillin. A MRSA infection can be fatal.

Staphylococcus aureus bacteria are commonly found on the skin and in the noses of healthy people.

Staph bacteria are a common cause of pneumonia, surgical wound and bloodstream infections.

Most of these infections can be treated without antibiotics.

Risk factors for an HA-MRSA infection include current or recent hospitalization, living in a nursing home or invasive surgery.

MRSA infections occurring in people who have not been hospitalized or haven’t had a medical procedure in the past year and are otherwise healthy are called community-associated MRSA infections (CA-MRSA).

Risk factors for a CA-MRSA infection include playing contact sports, association with childcare workers or living in crowded conditions.

Red bumps that look like pimples or boils. They can become painful abscesses that must be surgically drained.

The infection site can resemble a spider bite.

The bacteria can cause infections in surgical wounds and can get into the bloodstream and bones.

MRSA is diagnosed by checking for signs of drug-resistant bacteria in nasal secretions or tissue samples. Tests that can detect staph DNA yield faster results than growing the bacteria in a lab.

Wash hands often with warm water and soap or with an alcohol-based hand sanitizer.

Cover open wounds and keep them clean until healed.

According to the Centers for Disease Control and Prevention, there were nearly 120,000 Staphylococcus aureus bloodstream infections and 20,00 related deaths in 2017 in the United States.

2011 – Researchers at the University of California Davis find that the number of children hospitalized due to community-acquired MRSA doubled between 2000 and 2007.

May 29, 2013 – A study published in the New England Journal of Medicine reports that germ-killing soaps and ointments used in ICU’s reduced cases of MRSA in the bloodstream by up to 44%.

June 2014 – The US Food and Drug Administration approves a new drug to treat bacterial skin infections like MRSA. The new drug, called Dalvance, is taken intravenously. The drug is only approved for use in adults.