MPs call for speed limit cut to save climate 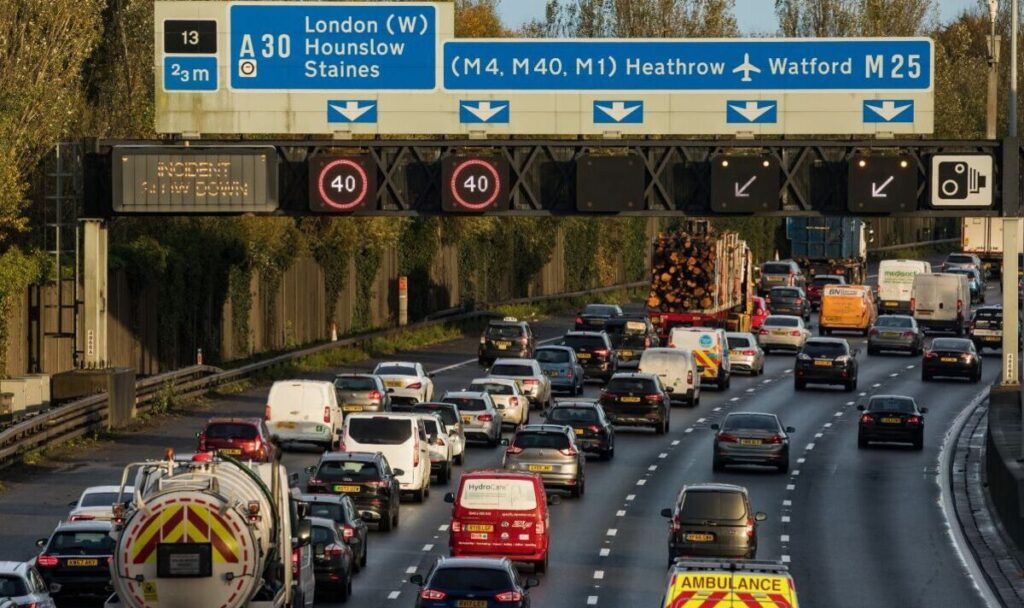 The Conservative MP for Wokingham told Express.co.uk that slashing the speed limit was “a very bad idea” and that “the hatred of the van and the car has gone too far”.

This comes after MPs on the environmental audit select committee released a report containing suggestions, including knocking 6mph off the motorway speed limit, to combat climate change and reduce Britain’s oil dependency.

If the Prime Minister was to adopt the measure, it would be at odds with a suggestion made by his predecessor Liz Truss in the previous leadership contest to abolish it altogether.

President of the AA Edmund King also poured cold water on the suggestion.

He told Express.co.uk: “Many of us drive slower than 70 anyway… cars are getting cleaner and greener.”

He warned that a speed limit cut “wouldn’t be practical or popular.”

The environmental audit committee’s report, which got underway shortly after the Russian invasion of Ukraine in early 2021, lists ten recommendations made by the International Energy Agency on how to meet the UK’s climate targets.

However Mr King dismissed the IEA’s proposals. “All in all, they’re not really practical recommendations”, he said.

As well as the 6mph cut in motorway speed limits, the report also recommends banning cars on in large cities on Sundays and encouraging people to work from home three days a week.

Tory MP Sir John warned that pedestrianising major cities on Sundays would make people less likely to travel into them.

If you create “too hostile an environment to cars, people don’t go”, he said.

“The trains are extremely unreliable… you need to understand the role of the car in modern family living.”

As well as suggestions to ban cars from large cities on Sundays, the IEA also proposes to “alternate private car use in large cities.”

Furthermore, the report calls on the Government to formalise an end date for oil and gas licenses.

Despite MPs on the committee recommending the Government consider measures to reduce oil use, especially by cars, they concede that oil-powered vehicles are not going away soon.

“The rapid growth in electric car sales is encouraging, but it will take many years to replace petrol and diesel vehicles”, the report says.

The IEA also call for a reduction in consumer air travel, in order to “reduce fossil fuel consumption.”

The group recommends “high-speed and night trains to planes where possible.”

Beyond transport, MPs on the committee have demanded a “national war effort” on energy efficiency, including possibly reducing stamp duty for homes that have installed energy efficiency measures.

As Britain’s housing crisis worsens, the report says that new developments should be installed with solar panels.

Putin’s war in Ukraine is no excuse for changing the UK’s climate targets, the summarised report says.

“Tackling the immediate energy security and affordability issues caused by the war in Ukraine does not entail abandoning climate ambitions or putting them on pause.”

The summary goes on: “During the net zero transition, the UK must nevertheless continue to be able to access oil and gas to ensure that the country can continue to heat its homes, fuel its transport and generate a declining proportion of its power.

“To show its continued commitment to climate leadership we recommend that the Government consult on setting a clear date for ending new oil and gas licensing rounds in the North Sea: this date should fall well before 2050.

“There are many solutions to this energy crisis that deliver synergies between affordability, security and sustainability.

“Accelerating the transition away from fossil fuels will enhance the UK’s energy security, shield households from future energy shocks, and reduce the ability of aggressive and repressive regimes to use oil and gas supplies as an economic weapon.