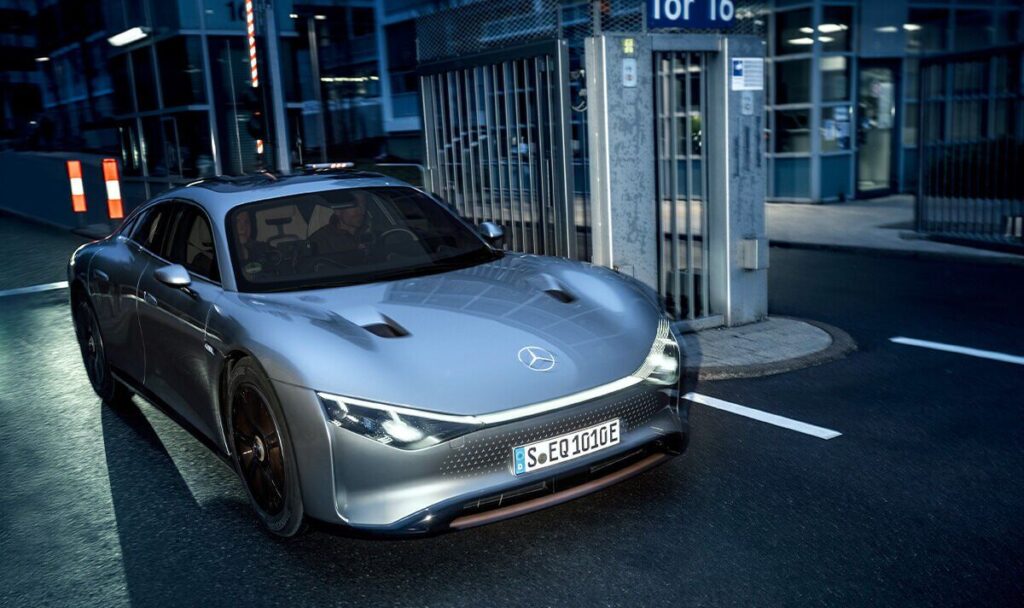 
The vehicle travelled from near Stuttgart, Germany to the Mediterranean coastal town of Cassis, France. At the end of its journey, the EV concept still had 15 percent of charge left. The result suggests that the German car manufacturer is taking the fight to seize the technology limelight from Tesla to the next level.

The EQXX prototype travelled from Sindelfingen, near Stuttgart, via Switzerland and Italy to the Mediterranean coastal town of Cassis, Mercedes said.

The sedan’s lightweight chassis and aerodynamic profile allowed it to complete the trip with a battery half the size of Mercedes’ EQS flagship EV.

Ola Kallenius, the CEO of Mercedes, said in a statement: “The EQXX is the most efficient Mercedes ever built.

“The technology program behind it marks a milestone in the development of electric vehicles.”

READ MORE:Drivers could be fined thousands if they don’t tell DVLA about changes

“We need to be fast in our developments, much faster than we were in the past.”

The news comes after it was announced that the number of electric vehicles bought in the UK in March alone was higher than during the entirety of 2019.

This in turn made March’s figures the highest on record for a single month.

The data also marked a 79 percent increase from March 2021 and found that battery-powered cars now account for one in six registrations.

The evidence of the soaring demand for battery-electric cars was provided by the Society of Motor Manufacturers and Traders (SMMT), a lobby group.