Masks and flying: Everything you need to know about new US rules 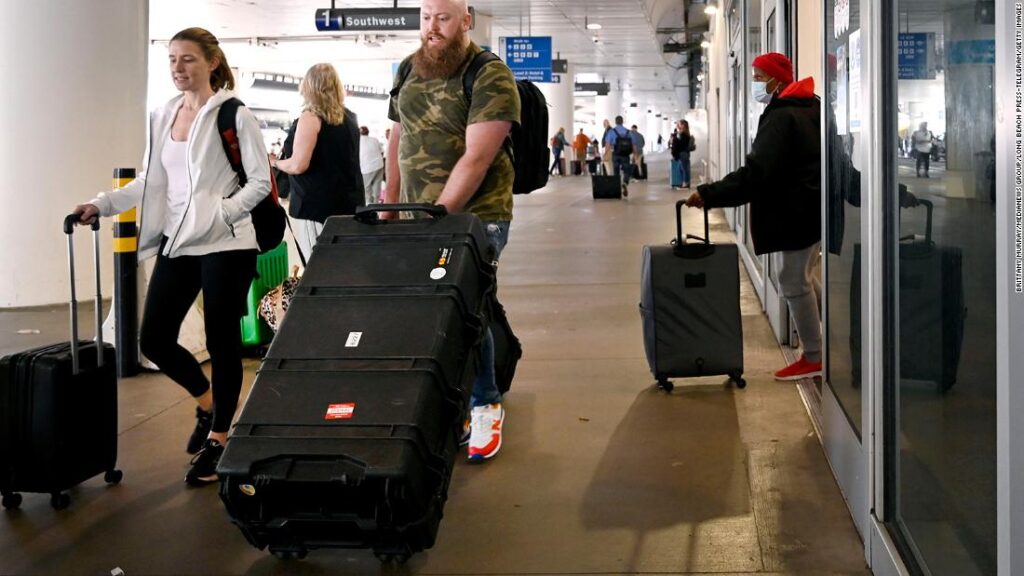 
Editor’s Note — Sign up for Unlocking the World, CNN Travel’s weekly newsletter. Get news about destinations opening and closing, inspiration for future adventures, plus the latest in aviation, food and drink, where to stay and other travel developments.
(CNN) — Air passengers in the US have been removing their Covid-19 face coverings after a federal judge ruled that the government’s mask mandate on commercial planes was unlawful.

The Centers for Disease Control and Prevention had previously insisted mask rules remain in place until May 3, but the judge in Florida struck down that directive on Monday.

On Wednesday, the CDC announced it had asked the Department of Justice to appeal the ruling, saying in a statement that the measure is “well within CDC’s legal authority” and “remains necessary for the public health.”

Airlines have already begun relaxing mask requirements but not without some initial confusion. Questions are swirling.

So what are the new rules? Do they apply to international travel? Will an appeal reinstate the order? How safe is flying maskless? Here are the answers to some of the key questions.

What are the new rules for flying with masks in the US?

Most major airlines in the United States have made mask wearing optional following the latest legal ruling, although some have said that face coverings may be required when flying to or arriving at certain destinations.

In the wake of the new ruling, the government’s Transportation Security Administration (TSA) says it will not enforce mask wearing on public transport or hubs.

Airlines have enforced their own mask rules in the past, before the mandate was enforced, but most have now rescinded the requirement.

Will the judge’s ruling stand?

Air passengers in the United States are no longer required to wear a mask.

The removal of the mandate was an abrupt development after US District Judge Kathryn Kimball Mizelle overturned the mandate. Biden Administration officials were caught off guard.

The CDC said Wednesday that “an order requiring masking in the indoor transportation corridor remains necessary for the public health,” and the agency said it has asked the Justice Department to proceed with an appeal.

“CDC will continue to monitor public health conditions to determine whether such an order remains necessary. CDC believes this is a lawful order, well within CDC’s legal authority to protect public health,” the agency said in a statement.

But as a result of Monday’s court order, the CDC’s mask mandate is not currently in effect.

Mask requirements for US travelers were initially enforced by major airlines in the spring of 2020, before being federally mandated in February 2021 for airplanes and other public transport methods.

Which airlines have made masks optional?

Major US airlines announced on Monday that masks are now optional on their aircraft.

This means both passengers and crew members for these carriers are no longer required to wear them on domestic flights at present.

The mask requirement has been a flashpoint on some flights, with altercations resulting in abusive and violent behavior in some cases.

The Federal Aviation Administration says its zero-tolerance policy against unruly passengers will remain in place even though the federal transportation mask mandate is no longer in effect.

Can I still wear a mask if I want to?

Yes. Passengers can still wear a mask on board aircraft if they would prefer to do so. However, mask wearing is not required under federal law while the ruling is being reviewed.

I’m medically vulnerable. What should I do?

According to CNN Medical Analyst Dr. Leana Wen, an emergency physician and professor of health policy and management at the George Washington University Milken Institute School of Public Health, a “high-quality mask” such as a N95, KN95 or KF94 remains a hugely important tool when it comes to reducing the risk of infection, particularly while in indoor, public spaces.

“For individuals who are immunocompromised or otherwise most vulnerable to severe outcomes from Covid-19, I would highly recommend that they stay masked with an N95 or equivalent mask at all times while in crowded indoor spaces. They should take off their mask to eat and drink only when not around others. That could be at an empty gate at the airport,” Wen told CNN Health this week.

“Just because masks aren’t required by the government doesn’t mean that you shouldn’t wear them,” Wen said.

Do I still need to wear a mask for international flights?

This is likely to depend on the airline, and/or the destination you are traveling to.

United Airlines released a statement on Monday declaring that masks would not be required on “select international flights,” while American Airlines has noted that masks may be necessary “from certain international locations based on country requirements.”

Even if not required on board, they may still be required when disembarking at international destinations. It’s advisable to check with airlines before flying.

Rules may also vary from airport to airport. Masks are still required at LaGuardia and JFK airports in New York, but Newark Liberty International Airport in New Jersey no longer requires masks.

Previously, all US airports fell under the federal mandate.

According to Erin Bromage, an associate professor of biology at the University of Massachusetts Dartmouth, unlike face coverings, N95s are able to filter large droplets, as well as the smaller aerosols or particles potentially laden with airborne virus if infected people are around.

N95 respirators approved by NIOSH can filter up to 95% of particles in the air if they are properly fitted.

While KN95s and KF94s are also considered to provide a high level of protection, the main difference is that the US tests, certifies and regulates the N95s.

Although manufacturers in China test KN95s, they do not meet US regulatory standards and the country’s government doesn’t have a regulatory body validating them, according to Aaron Collins, a professor emeritus at Mercer University’s School of Engineering and a mechanical engineer with a background in aerosol science. Meanwhile, KF94s are regulated by the Korean Ministry of Food and Drug Safety.

“If they’re made to the standard and certified by the appropriate boards in their country like NIOSH here, they all do basically the same thing,” says Bromage.

What’s the risk of catching Covid while flying?

The International Air Transport Association (IATA) has previously stated that the risk of contracting Covid-19 on board a flight is very low, even when factoring in the Omicron variant, which “appears to be more transmissible than other variants in all environments.”

However, it’s worth noting that enforced mask-wearing was considered to be one of the contributing factors to this, along with the quality of air on board modern jet aircraft, which is regularly refreshed, and the fact that passengers are all facing the same direction on an aircraft.

Last month, Linsey Marr, an expert in transmission of infectious disease via aerosols, told CNN via email that dropping the mask mandate would make sense “as long as cases remain low.”

“There is a smaller chance that someone who is infected will be on the plane. And we know that planes have excellent ventilation and filtration, which help reduce the risk of transmission on a plane,” said Marr, who is a professor at Virginia Tech.

CNN’s Dr. Sanjay Gupta says that because of the rapid air exchange most airplanes are safe environments, but the real risk of air travel is when passing through the terminals and other enclosed spaces.

CNN has approached IATA to determine whether it still considers the risk as “very low” if those on board are not wearing face masks.