Marianne Faithfull health: Singer in care home after she ‘nearly died’ from Covid 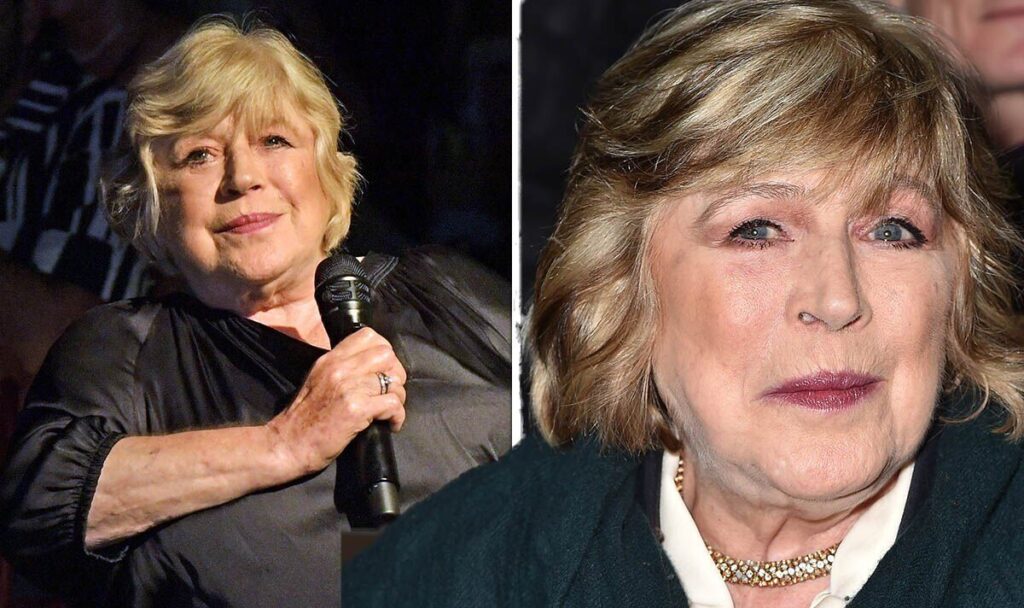 
After being discovered in 1964 after attending a Rolling Stones party, Faithfull went on to have a commercially successful career and romantic relationship with Jagger. Her popularity also meant she starred in multiple films such as a 1969 adaptation of Hamlet. Yet in March of this year, the news was announced that Faithfull was being moved to Denville Hall in north west London, where she lives with other retired professional actors and theatrical performers. At the time a spokesman said that the decision had been made as a result of her “ongoing effects of Covid”.

Having spoken out publicly during her recovery after initially battling the virus, Faithfull revealed in January 2021 that she may never be able to sing again, a prospect she would be “incredibly upset” by.

But remaining optimistic, she continued to say: “I don’t feel cursed and I don’t feel invincible. I just feel f*g human.

“But what I do believe in, which gives me hope, I do believe in miracles. You know, the doctor, this really nice national health doctor, she came to see me and she told me that she didn’t think my lungs would ever recover.

“And where I finally ended up is: OK, maybe they won’t, but maybe, by a miracle, they will. I don’t know why I believe in miracles. I just do.”

READ MORE: B12 deficiency symptoms: Three signs in your feet that signal low B12 has caused ‘damage’

The news of possibly losing her singing voice came after the 75-year-old singer nearly lost her life to the condition.

She said in a past interview: “I got so ill, I nearly died. It’s taken me so long to recover. I’ve got what they call long-term Covid.
“I’ve been working on my singing, practising singing with a friend of mine who plays guitar, because I am really frightened that I wouldn’t be able to sing anymore.

“I was in hospital… all I remember about it is that I was in a very, very dark place and I presume that was being very close to death.”

The term long Covid has been coined to describe the ongoing symptoms that individuals suffer from following an infection of COVID-19.

With a plethora of symptoms having been reported, many individuals can suffer from the following:

Research published in June 2021 by Imperial College London, based on half a million people in England, found two main categories of ongoing symptoms.

The first, a smaller group of people with respiratory symptoms, such as a cough or breathlessness (this group was more likely to have had severe Covid illness initially), and the second, a larger group with a cluster of more general symptoms, particularly tiredness and fatigue.

For Faithfull, ongoing symptoms not only affected her lungs but also her memory and tiredness, but doctors assured her that within six months to a year she would get better.

As long Covid is still not fully understood, treatments or effective medication are yet to be developed. However, GPs and medical professionals are able to guide individuals about how best to manage symptoms and provide them with support.

Saying this, in a recent finding, reports of two patients who have taken a medication developed by Pfizer, known as antiviral Paxlovid, have been said to have recovered and “found relief”.

One of these two patients was a researcher who tested the drug on herself, was able to provide “intriguing evidence for clinical trials to help those suffering from the debilitating condition”.

The researcher said her chronic fatigue symptoms, which “felt like a truck hit [her]”, are gone after taking the two-drug oral therapy.

One the newest research and evidence, Dr Steven Deeks, a professor of medicine at the University of California, San Francisco (USSF), and an expert in HIV cure research, said drug companies tend to discount single-patient case studies. But such instances have helped drive HIV cure research, and these Paxlovid cases could do the same for long Covid.

Until further research and trials are done on antiviral medication such as the above, the British Heart Foundation (BHF) provides some key tips for how individuals can manage their long Covid.