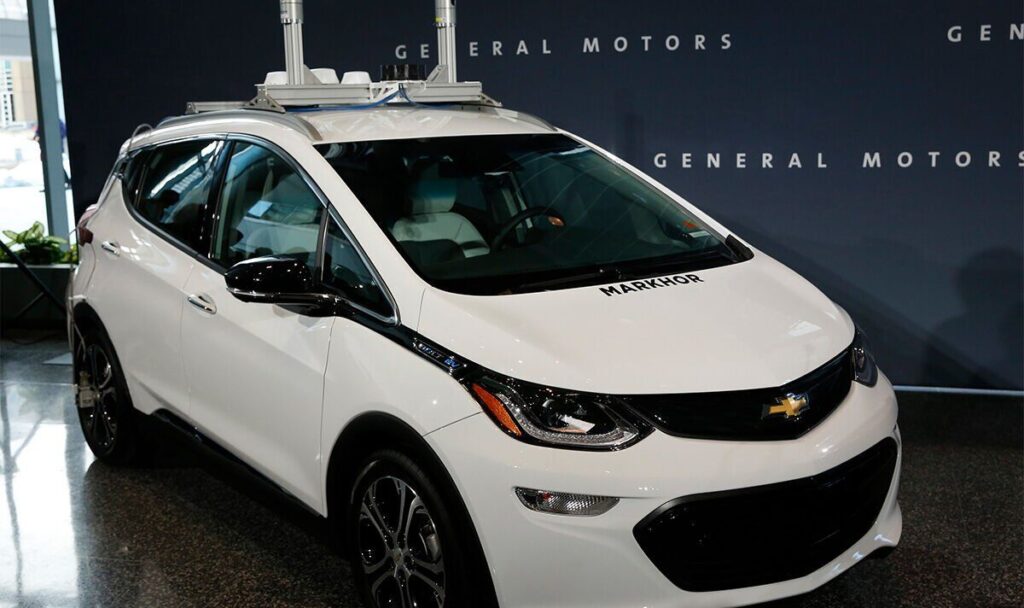 
American car giant General Motors has filed a patent for a car that can teach people how to drive. The move would allow learners to jump in a vehicle without an instructor and receive training on public roads.

In the filing, the description of the technology indicates that the autonomous vehicle will be constantly interpreting the world around it.

It will also make its own decisions about the correct inputs.

The vehicle will then compare all of the above with what the driver does.

This includes looking at their steering and pedal inputs as well as external factors such as speed and position on the road compared with other vehicles.

Regardless, autonomous cars are not currently legal to drive anywhere in the world outside of very specific testing circumstances, so autonomous learner vehicles will be some way off yet.

The news comes after it was announced that motorists will be allowed to watch television or check their emails on built-in screens under proposed updates to the Highway Code when in self-driving cars.

The changes will say drivers must be ready to take back control of vehicles when prompted, the Government has announced.

New guidance has been given to move Britain closer to a “self-driving revolution” by outlining the steps that will be taken to allow them to be driven safely on UK roads.

Following a public consultation, changes will be made to the Highway Code to ensure the first wave of technology will be used safely.

This will include the need for motorists to be ready to resume control in a timely way if they are prompted to do so, including when they approach motorway exits.

However, the guidance also allows drivers to take their eyes off the road and look at so-called “infotainment” screens.

The Department for Transport has stated: “The plans also include a change to current regulation, allowing drivers to view content which is not related to driving on built-in display screens, while the self-driving vehicle is in control.

“It will however, still be illegal to use mobile phones in self-driving mode, given the greater risk they pose in distracting drivers as shown in research.”