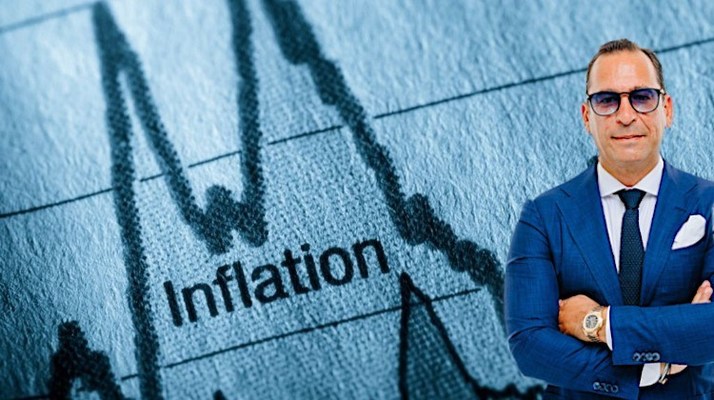 GSB Gold Standard Pay, Sweden: Inflation rates are rising around the world, including in the Federal Republic of Germany, where the rate next month will probably be a whopping five percent. In view of this, many German citizens are worried that prices could continue to rise at this pace.

In this context, Josip Heit from GSB Gold Standard Pay in Sweden, comments on this issue and its far-reaching consequences.

Josip Heit explains the phenomenon of inflation as follows, “Consumers are simply passively affected by inflation, prices rise and have to be paid by the “end consumers”. For those who live on wages or social benefits are “price takers”. So doing without is the order of the day, either by turning down the heating or by saving on other living expenses. Inflation means for dependent employees or the unemployed: they become a bit poorer, which hits those who have little money anyway especially hard.

Companies in the manufacturing sector are currently suffering massively from rising prices for raw materials and intermediate products, i.e. from rising costs in the purchase of production and operating resources. This is reflected in the so-called producer price inflation, i.e. in the prices settled between companies. It was 14 per cent in September.

In this context, higher costs hurt customers, threatening what economists call “demand destruction”. In addition, companies have to consider whether the competitive situation allows price increases at all. If companies do not raise their prices, they lose profit.

For years, governments around the world have been absorbing the crises, which occur at ever shorter intervals, with new national debts. As the EU Commission recently announced, the national debt of the Eurozone increased from 84 to almost 100 per cent of economic output in 2020 alone – and it continues to rise, with new debt recently amounting to seven per cent of economic output.

This flood of credit can be financed because of the low interest rates provided by the central banks, whereby the debts of states such as Greece, Italy, Portugal, Romania and Bulgaria are being absorbed with even more debt; in this context, the burden must ultimately be borne primarily by the German taxpayer.
However, if inflation now remains permanently high, the central banks could find themselves forced to raise interest rates. “The increased inflation rates have rekindled the discussion about a faster exit of central banks from the extremely expansive monetary policy”, in the UK, for example, key interest rates will probably be raised as early as the beginning of November 2021.

Sharp increases in interest rates “could put a strain on the already severely strained budgets of many states and make it virtually impossible to reduce debt to a sustainable level” – which, in reverse, would mean Germany and its citizens paying the debt for crisis countries.

Josip Heit, who recently launched his own website https://www.josipheit.com, recalls the great inflation of 1923 and states: “Foreign exchange became the reserve currency, homeowners became beggars, city dwellers fled to the countryside, farmers were plundered, now almost a century after the devastating inflation, fear is running rampant, because the trauma of the inflationary period did not only stem from the loss of wealth.

The disappearance of money entailed a humiliating loss of freedom. Deep-rooted was the general bitterness because not only the state but also the social order was shaken – here and precisely here the economic leaders and politicians are challenged, because mankind today is much better informed and would hardly allow such a trauma, which is why a new inflation could at the same time mean the end of money as mankind knows it…!

Against this background, one must ultimately never forget what the US economist Milton Friedman already said: “Inflation is taxation without legislation”.