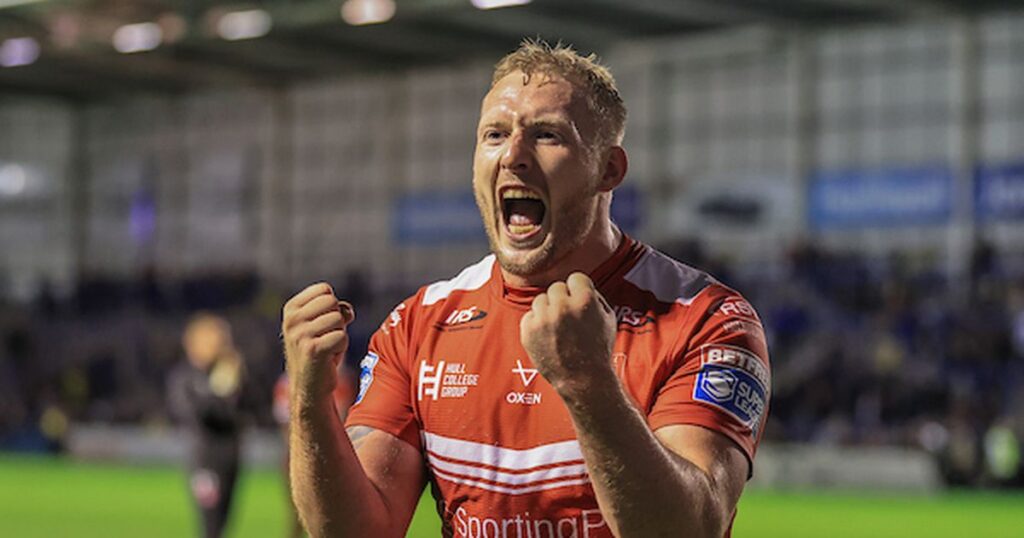 Jordan Abdull has urged his Hull Kingston Rovers team-mates who will experience the Hull derby for the first time this weekend to embrace what will be a raucous atmosphere ahead of a nine-day period the half-back believes could define their season.

Rovers play three games over Easter inside nine days, all of them at home and starting with the first derby of 2022 as FC make the trip across the city for the traditional Good Friday meeting. Having already reached the Challenge Cup semi-finals and with their form in Super League starting to pick up, Abdull isn’t deterred by the prospect of a gruelling run of fixtures; he instead feels it can catapult them into a strong position moving into the summer.

However, for the likes of Lachlan Coote and Sam Wood, who will be playing in their first Hull derby, Abdull has encouraged them to use the atmosphere and intensity of the Hull derby to their advantage, rather than shy away from it.

When asked what his message to his team-mates about the derby would be, Abdull said: “Just before the lads go out I’ll prep them and warn them that the warm-up will be incredible. I’ll tell them to watch it, get the goosebumps out of the way and enjoy it.

“It only comes around a couple of times a year and Good Friday is always a special one. To have it at our place as well makes it extra special and we’ve got first crack at our stadium to almost set the tone. I’ll be telling the boys who’ve never tasted it before to take a minute when they go out, soak it in, take a step back and then use it to focus you on the game so we can go and create something really special.”

The Easter period will be crucial for Rovers’ hopes of moving up the table ahead of their semi-final with Huddersfield next month, and Abdull insists that Rovers should see it as a positive they play so many games in a short space of time, as opposed to fearing the brutal schedule that lies ahead.

“The way I see it is you can get six points in nine days,” he said. “If somebody offered you that, you’d take it wouldn’t you? It’s not necessarily a bad thing. I understand the physical toll that comes with it but if you get the mental side of it right and see it as a huge opportunity, there are positives to it.

“We’ll have no excuses leading into it because we’ve had physical games before and we’re in a fortunate position to be playing elite sport. People would bite your hand off to play in Super League and it’s a challenge we’re excited about and looking forward to.

“Three games is a lot if you can manage to win them all. It’s difficult enough to get one win in Super League, so to run three off in a row in such a short space of time can catapult your season forwards. It’s a good challenge.”