In Brazil, these 5 less-traveled places will blow your mind 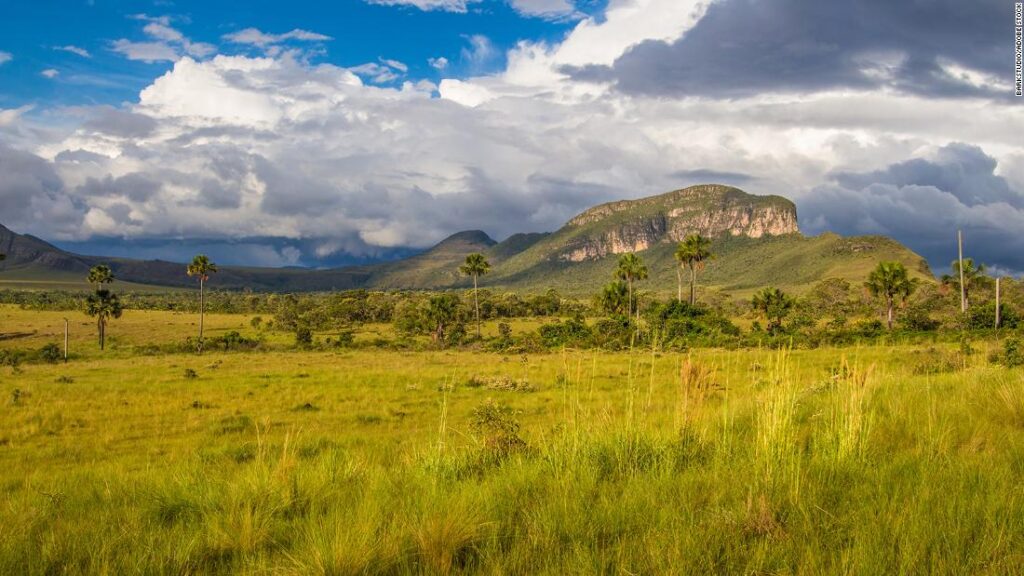 
Editor’s Note — This CNN Travel series is, or was, sponsored by the country it highlights. CNN retains full editorial control over subject matter, reporting and frequency of the articles and videos within the sponsorship, in compliance with our policy.

(CNN) — Brazil is famed for its thundering Iguaçu Falls in the south, the crescent-shaped Copacabana neighborhood with its dazzling white sand beach in Rio de Janeiro and the towering Cristo Redentor — Christ the Redeemer — whose outstretched arms embrace that seaside city.

But there is so much more to this colossal South American country, which is nearly the size of the United States and the world’s fifth largest country by area.

Combine that with Brazil’s diverse society — a large Indigenous population plus people with roots in Europe and Africa — for a country that’s a fusion of culture, customs and breathtakingly beautiful landscapes.

CNN Travel has rounded up five of Brazil’s less-traveled paths so you can explore more of the jewels this spectacular nation has to offer.

The streets of Salvador are lined with colorful colonial architecture.

The buildings — pastel colored with facades adorned with intricately carved stucco and windows flanked by shutters — have been exquisitely and painstakingly preserved. They date to the moment in time where European, African and Indigenous cultures of the 16th century converged.

There is a large Afro-Brazilian community, and colorful, flamboyant festivals are a frequent sight, the pulsating rhythms of drums echoing through the winding cobbled streets.

Salvador, in Bahia, eastern Brazil, sits on a small peninsula.

Travelers will find a good selection of accommodations here, with Fera Palace Hotel catering to high-end visitors and the century-old Casa Versace offering a boutique experience with self-catering apartments.
Salvador has a dark past, though. It was the first slave market in the New World. Visitors can learn about this important history through the many museums, such as the Afro Brasileiro Museum.

Baia dos Porcos, or “Pig’s Bay,” is perhaps one of the most beautiful beaches in the world — but with barely any sand.

It is one of the smallest beaches in the state of Pernambuco’s spectacular Fernando de Noronha archipelago, located about 225 miles (360 kilometers) off Brazil’s northeast coast in the Atlantic Ocean.

The Dois Irmaos rock formation presides over one of Brazil’s most spectacular, if hard-to-reach, beaches.

The cove is characterized by its striking rock formations, including the Dois Irmaos (“Two Brothers”). It’s a pair of formations that loom out of the brilliantly blue, crystal-clear water.

The beach can only be reached at low tide and must be either hiked to through dense jungle or approached by boat. The beach has numerous natural pools that teem with exotic fish, reef sharks, turtles and more, making it a snorkeler’s paradise.

It is best to go with a guide because of the difficulties of reaching the beach. Local companies such as Noronha Bookers offer bespoke tours.

Visitors rest on a rock formation near the Saltos do Rio Preto waterfall in Chapada dos Veadeiros.

Located in the central Brazilian state of Goiás, more than 30 waterfalls flow within a radius of 15 miles (24 kilometers). The rock formations of this ancient plateau are some of the oldest on the planet — attracting an interesting crowd seeking the energy of the embedded quartz crystals.

There are numerous wild tales of UFOs and mystical occurrences, which don’t seem so far-fetched once you immerse yourself in the magical surroundings.

There are no direct flights here, but adventurers can travel to Brasilia, the capital and a major city. From there, they can then make their way overland by bus to Alto Paraíso (a small city 12 miles from the Chapada dos Veadeiros park entrance with restaurants, B&Bs and many crystal shops and healing practitioners touting their talents) or Sāo Jorge (an undeveloped village with very basic infrastructure).

This remote outpost, roughly the size of Switzerland, is reputedly one of the world’s largest river islands — it’s bordered on every side by the mighty Amazon.

The western side is dominated by thick forest, while the eastern half features expansive plains and wetlands. The island is known for its herds of water buffalo. There are around half a million of the animals — double the number of humans. The buffalo ranches are also open to visitors.

Ilha do Marajó has the feel of an uninhabited island. But the large island in the Amazon River actually is home to a sizable community.

Visitors are attracted to this unique place for the wild feel of an uninhabited, isolated island, but it is actually fairly easy to access with a sizable community.

There’s a daily ferry service from Belém, the Portuguese-colonial riverfront city that’s considered Brazil’s gateway to the Amazon, operated by Araparí Navegação. It takes three hours, or there is a car ferry leaving from the nearby town of Icoaraci, operated by Henvil.

On arrival, the best way to get around is either by bringing a car over to the island or by taxi and bike, which can be rented from one of the island’s pousadas.

Stay at Soure, the largest of the two main towns, with pretty houses and mango tree-lined streets, or Salvaterra, a more laid-back and quiet option with sweeping beaches. Both are 30 minutes away from the ferry dock.

Ever heard of a maned wolf? These seldom-seen creatures can be found at Emas National Park, alongside giant anteaters, giant armadillos, pampas deer, thousands of bird species and countless rare plants endemic to the protected region.

Pampas deer are one of the many animals that live in Emas National Park.

The area in central Brazil is also home to the Cerrado biome, one of the oldest and most diverse ecosystems in the world. The sheer volume of plant diversity is astounding — there are between 350 and 400 species of plants per 2.5 acres (1 hectare).

For those traveling in September and October, an impressive — if slightly strange — natural phenomenon awaits. The rainy season triggers the flight of millions of termites, which usually live in thousands of termite mounds, that sit side by side for miles.

The mounds, which can tower to heights of more than 20 feet (6 meters), are also home to thousands of glowing Pyrophorus beetle larvae, which feast on the termites lured close to the larvae thanks to the entrancing bright green lights they exude.

Park officials are fighting against various threats to the park, including fires, mining exploitation, uncontrolled tourism and invasive species. So if you do visit, it’s important to pick a responsible tour operator such as Focus Tours or Pantanal Jaguar Safaris.

This is a remote and rarely visited area of Brazil, but those who dare to venture to Emas National Park will be greatly rewarded.

New photos show what future of space tourism could look like

They met as teens at the Grand Canyon. 7 years later they reunited and fell in love

This company claims its boats can save Venice