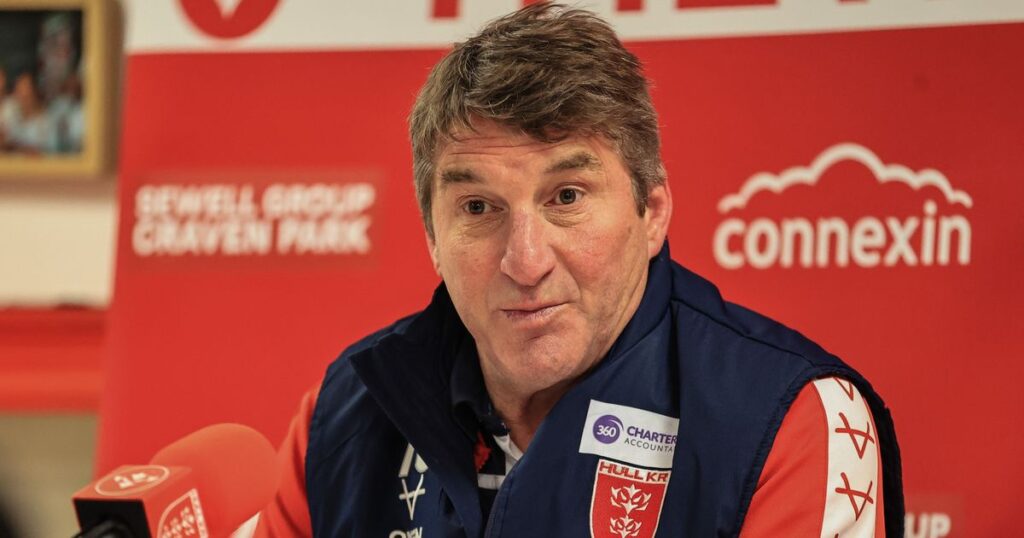 Eighteen years on from delivering Leeds Rhinos’ first championship in 32 years and Tony Smith was back at Headingley on Monday for a media event to promote the Easter fixtures. As he looked ahead to impending battles with Hull FC and Toulouse Olympique, the Hull Kingston Rovers boss could not help but look back on his stellar career.

A looming landmark of 500 games as a Super League head coach saw to that. In spells with Huddersfield Giants, Leeds, Warrington Wolves and now at Rovers, Smith has enjoyed significant success.

His achievements include overseeing Huddersfield’s promotion back to Super League, delivering two Grand Finals win at Leeds and three Challenge Cups with Warrington. He has engineered an upturn in Hull KR’s fortunes and Monday’s game in Toulouse will mark Smith’s 500th match in Super League.

Throw in all his games in the Challenge Cup and internationals, and the overall figure is significantly higher.

“I’m not one for personal milestones as such, but 500 Super League games is a fair few,” the 55-year-old told former Great Britain and England boss told Hull Live. “It makes me feel old and I don’t know how many of those games I have won, but it’s more about developing the culture within a club.

“Whether we won the comp or not, it’s about helping to change the culture into believing in itself and allowing the players to run it and feel confident in it. It’s also about developing young people’s attitudes towards their sport to better themselves.

“Yes, that’s what I’m about. Sometimes the bi-product of that is that the team wins.”

On May 26, 2002, Smith’s Huddersfield side beat Hull KR comprehensively to lift the Buddies National League Cup trophy at Featherstone. It was a 32-6 success for the Giants, who went on to secure their place back in the top flight following an unbeaten campaign that term.

Smith has won the game’s biggest prizes at Old Trafford, Wembley and Elland Road. But, when asked to rank his most memorable achievements as a coach, he points to that Buddies Cup win of 20 years ago.

“They’re all special, but that Buddies Cup trophy with Huddersfield was the first one,” said Smith with a huge smile. “I always find it an honour to be a part of those big games and ultimately you want your players to get there and win them. But as a coach, there are two ways I’ve looked at it when I’ve been in those big games. You feel as if you must have done something enough right throughout the season to get you there and then, on the day, you got enough things right to win.

“It’s more of a relief when you do get the win, more than anything else. If you get there and you don’t win, you think ‘what could I have done better?’ It’s an honour and privilege to be involved in big games – and I’ve been lucky to have been there a good few times – but some of those weeks are the toughest in coaching.

“You have got players to deliver bad news to because the bigger the games, the harder it is for players to miss out on. That’s tough when you care for these guys and they may never get another chance. Some of the weeks leading up to those big games can be heavy-hearted.”

Smith is unsure how long he will continue coaching but he is expected to remain as Rovers head coach beyond this season. He remains relatively young in the coaching ranks – at least compared to the likes of 72-year-old Wayne Bennett, who will be the inaugural coach of the Dolphins ahead of their NRL debut in 2023.

“How long will I keep doing this job? I’m not sure,” said Smith. “What I always say is that whilst I enjoy it and I’m useful, I’ll keep going.

“But I’m enjoying it and I’ve got a great bunch there at the moment. I keep saying it, but they’re good people with some great leaders.

“They’re a really terrific group and have really helped me restore my faith in my coaching ability because you do go through doubts. That’s also one of the reasons why I can relate to some of the football managers I’ve worked with as part of my consultancy with the League Managers Association.

“They go through tough times, we all go through them. I think in any industry you go through times when you doubt whether you’re still relevant, still keeping up to date – all those sort of things. These players I’ve got at the moment have helped me to restore my enjoyment in the game but, more importantly, restore enjoyment in coaching.

“I have got a lot of time for them as people and hopefully I’m helping them along the way.”