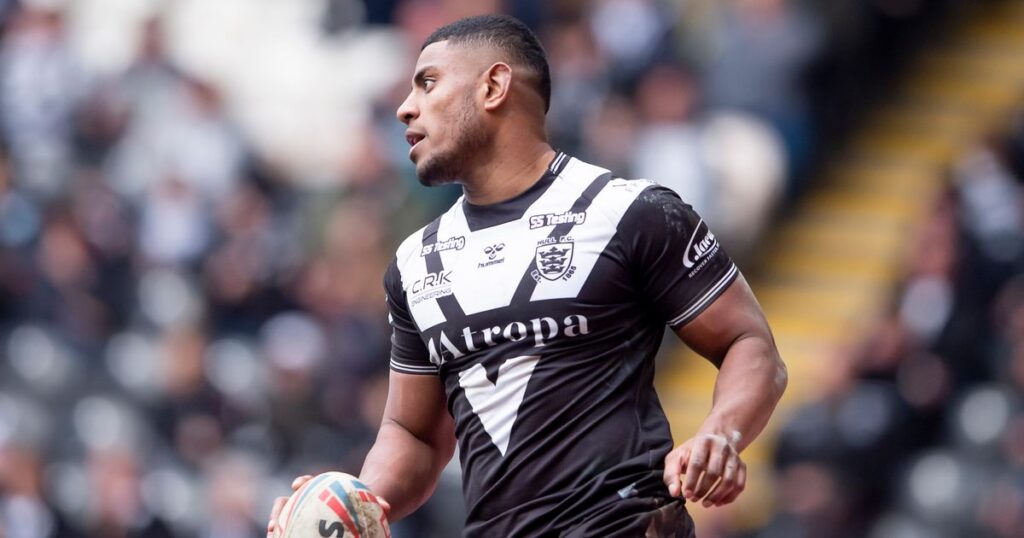 Six players from Hull FC and two from Hull KR have been included in Ellery Hanley’s first Combined Nations All Stars squad. Hanley has named a 29-man squad as he prepares his side to take on England at the Halliwell Jones Stadium on June 18 in a mid-season international.

Jake Connor, who has Trinidadian heritage, has been included in the squad for the second season running, while Chris Satae, Joe Lovodua, Ligi Sao, Manu Ma’u and Carlos Tuimavave have been named with Hanley leaning heavily on Brett Hodgson’s squad. Andre Savelio would have been involved but the back-rower picked up a season ending knee injury last week in the derby clash at Craven Park.

Shaun Kenny-Dowall and Kane Linnett have been named from KR, with the senior pair continuing their fine form in red and white. Hanley will look to reduce his squad nearer the game, but it seems there will be a hefty contingent of Hull-based players meeting up with the squad come June given the lack of representation in Shaun Wane’s England squad at present.

Having seen the All Stars edge out England last year, Hanley will expect his talented side to challenge Wane’s team, who are just a few months away from a World Cup, once more this time around. Leeds Rhinos have three players included with Zane Tetevano, Rhyse Martin and Matt Prior named in the squad, while Huddersfield Giants have Tui Lolohea, Luke Yates, Danny Levi and Ricky Leutele involved.

Ben Garcia, Samisoni Langi, Mitchell Pearce and Sam Kasiano have been recognised from Catalans Dragons, while Jai Field is the only member of the Wigan Warriors side to be given the nod.

Hanley said: “I’ve spoken to every one of these players personally because I think that’s the way to do things correctly, and I have been overwhelmed and so impressed by the way they have responded.

“It was important for me to talk through the values and qualities I am expecting from them, and the message I got back from them was that they are ready to go – and so proud to have the chance to be involved.

“I also want to make it clear that the door is still open for other players to force their way in between now and June – we know there are going to be injuries, as we have already seen, and hence the reason for naming this large squad, which we will reduce as we get nearer to the match.

“It’s also important for fans and players to recognise the framework we’ve been given to work with, in that no more than six players will be selected for the match from any one Super League club. Some people will raise eyebrows and ask why we haven’t included any of the brilliant St Helens players – for example I’d have loved to include Sione Mata’utia in our squad alongside his brother Peter.

“But we have to recognise that a lot of St Helens players are very important to Shaun Wane’s plans for England this year, so it was more sensible for us to look to other clubs across the Super League.”