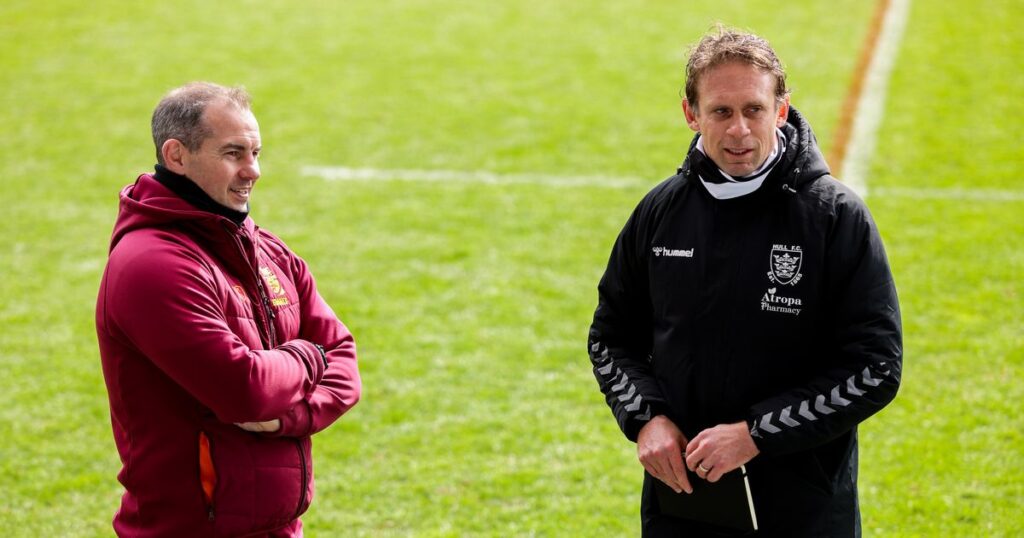 Hull FC will travel to Huddersfield Giants for their Challenge Cup quarter-final clash next weekend. The clash has been scheduled to kick off at 5pm on Saturday April 9 and it is will be shown live on Premier Sports.

Brett Hodgson’s side booked their spot in the last eight of the cup on Saturday afternoon with a convincing 58-12 win over Sheffield Eagles at Post Office Road. FC scored 11 tries in the game and their reward is a trip to the John Smith’s Stadium, where they will face Ian Watson’s Giants for a spot in the final four of the competition.

Huddersfield secured their place in the quarter-finals by seeing off Championship outfit Barrow Raiders 30-16 on Sunday afternoon. Having edged their past Huddersfield in round six of Super League, Hull will fancy their chances of progressing to the semis, which will be played at Leeds United’s home ground Elland Road in May.

This year’s final will be held at the Tottenham Hotspur Stadium on Saturday, May 28 and tickets are available to buy now.