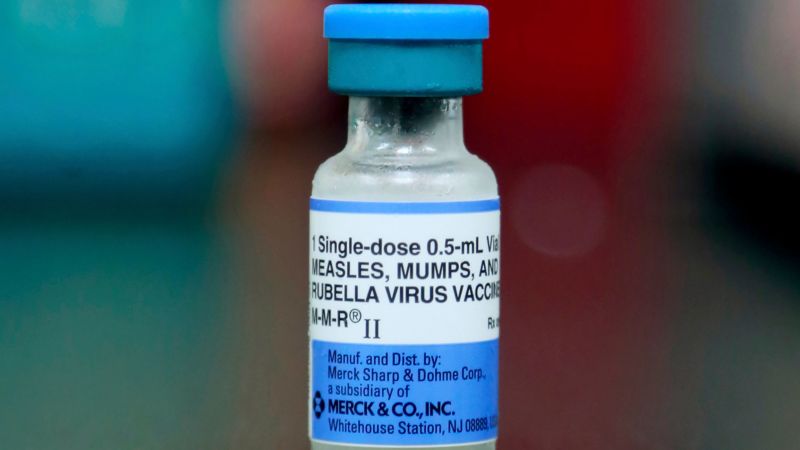 A growing measles outbreak in Columbus, Ohio, has sickened more than a dozen unvaccinated children and hospitalized nine of them, and local public health officials are seeking assistance from the US Centers for Disease Control and Prevention.

“We asked the CDC for assistance and they will be sending two epidemiologists at the end of the month to assist with our local investigation,” Kelli Newman, a spokesperson for Columbus Public Health, told CNN in an email Thursday.

The CDC confirmed Thursday that it is aware of the cases and is “deploying a small team to Ohio to assist on the ground with the investigation.”

“State and local health authorities are in the process of notifying potentially exposed residents, making sure they are vaccinated, and helping any community members who may have been exposed understand the signs and symptoms of measles infection,” CDC spokesperson Kristen Nordlund said in an email to CNN. “Anyone who may have been exposed should follow up with their healthcare provider.”

When the measles outbreak was first reported, only four confirmed cases had been identified in one child-care facility, which temporarily closed – but the number of cases and facilities involved has grown.

As of Tuesday, Columbus Public Health officials updated their investigation to include 21 confirmed cases at 10 daycare centers and two schools.

“All cases are in unvaccinated children, and all but one are less than 4 years old. One child is 6 years old,” Newman said. Most of the infected children are 2 years old or younger.

Health officials with Columbus Public Health and Franklin County Public Health have been investigating these cases and tracing any contacts who may have been exposed to the measles virus.

Officials at Columbus Public Health are encouraging parents to make sure their children are up to date on their immunizations, including the measles, mumps and rubella vaccine, known as the MMR vaccine.

Experts recommend that children receive the vaccine in two doses: first between 12 months and 15 months of age and a second between 4 and 6 years old. One dose is about 93% effective at preventing measles if you come into contact with the virus. Two doses are about 97% effective.

“We are working diligently with the cases to identify any potential exposures and to notify people who were exposed,” Columbus Public Health Commissioner Dr. Mysheika Roberts said in a news release last week. “The most important thing you can do to protect against measles is to get vaccinated with the measles-mumps-rubella (MMR) vaccine, which is safe and highly effective.”

About 90% of unvaccinated people who are exposed to measles will become infected, according to Columbus Public Health, and about 1 in 5 people in the US who get measles will be hospitalized.

However, the CDC says that more than 90% of children in the US have been vaccinated against measles, mumps and rubella by age 2.

Measles is a highly contagious disease that can spread through the air when an infected person coughs or sneezes or if someone comes into direct contact with or shares germs by touching the same objects or surfaces. Measles symptoms may include fever, cough, runny nose, watery eyes and a rash of red spots. In rare cases, it may lead to pneumonia, encephalitis or death.

The measles outbreak in Columbus is a “fairly typical scenario” of an infectious virus finding its way into one environment and spreading among unvaccinated people, said Dr. David Freedman, professor emeritus of infectious diseases at the University of Alabama at Birmingham and founding director of the Travelers’ Health Clinic.

Freedman said that during the early days of the Covid-19 pandemic, while many people stayed home and some health-care facilities were closed, many children missed their routine immunizations – and they still may not have gotten their MMR shots.

“There are a lot of children nationwide that are behind on their routine vaccinations. So I think the message is still, if your child is 1 year of age or older, they need to be vaccinated,” said Freedman, a spokesperson for the Infectious Diseases Society of America.

“Measles is not particularly a wintertime disease. It is not as likely to be affected by travel because it usually is in young, not immune children. Most adults are vaccinated,” he said. However, he added, “measles is highly contagious. Measles is probably the most contagious disease we know. It’s probably 10 times as contagious as Covid is.”

In 1912, measles became a nationally notifiable disease in the United States, meaning health care providers and laboratories were required to report diagnosed cases. In the decade afterward, an average of about 6,000 measles-related deaths were reported annually.

In the 1950s, researchers isolated the measles virus in a patient’s blood, and in the 1960s, they were able to transform that virus into a vaccine. The vaccine was licensed and then used as part of a vaccination program.

The last major measles outbreak reported in the US was in 2019. It was the largest since the disease was declared eliminated in 2000 and involved more than a thousand confirmed cases in 31 states – the highest number of cases reported in the US since 1992.

Overall, the number of measles infections reported in the United States each year remains low because of the widespread use of vaccines, said Dr. Martin Hirsch, professor of medicine at Harvard University and Massachusetts General Hospital, who also serves as editor of the Journal of Infectious Diseases.

As of October 28, a total of 33 measles cases have been reported this year in five jurisdictions across the United States, according to the CDC.

“Over 90% of people in the United States have been vaccinated against measles, and even though it’s a highly transmissible virus, I wouldn’t expect to see the rates, for example, that we’re seeing with RSV now because we don’t have an RSV vaccine,” Hirsch said, referring to a surge of respiratory syncytial virus infections across the country, mostly among children.

“Most of the cases of measles that we do see in the United States result from people who are coming to this country from other countries where the immunization rates are much less, followed by transmission to US residents who are not vaccinated,” said Hirsch, a spokesperson for the Infectious Diseases Society of America. “So the possibility that someone carrying measles virus coming into the country could spread into an unvaccinated population is always there.”