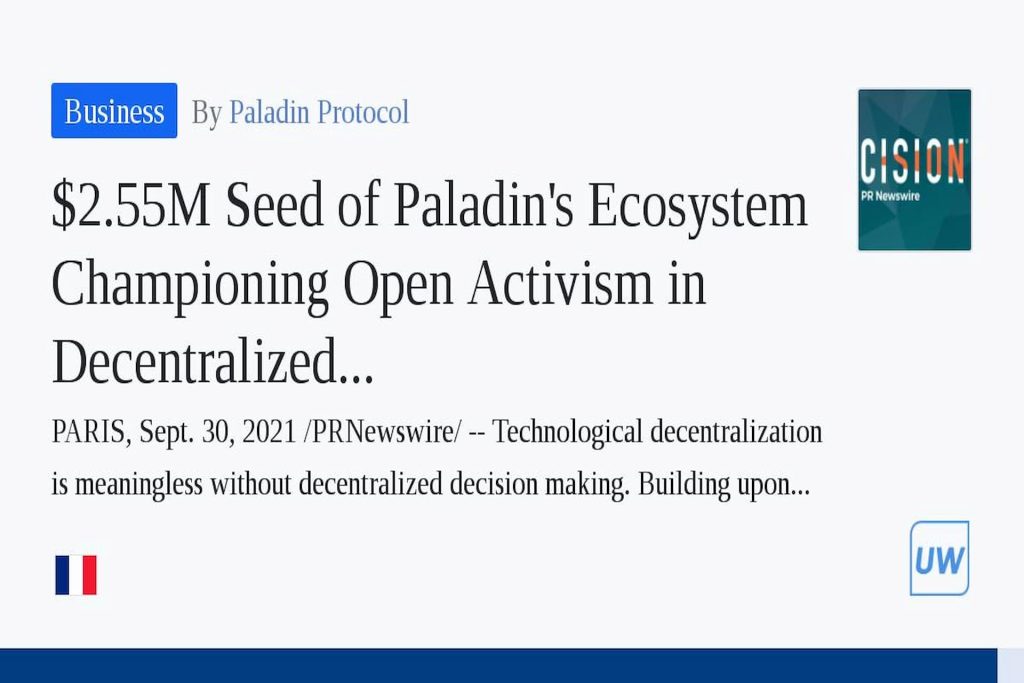 Building upon this idea, the team behind Paladin is trying to reduce friction in on-chain governance process.

With less than 10% of voter turnout on most on-chain proposals (ex : UIP-09 had 12% turnout, AIP-33 had 4% turnout) voter apathy has become a major obstacle to decentralization. To tackle the problem, Paladin has developed a vote lending market called Paladin Lending.

“Paladin Lending will allow to create a new money lego for yield hunters and enable liquid governance for active governance stakeholders,” explains Romain Figuereo, founder of the protocol, “vote lending is only the first brick of an ecosystem aiming to disrupt the current monopoly on decision-making in decentralized finance.”

In the midst of the most contentious months of on-chain governance, with controversial proposals like the DeFi Education Fund on Uniswap, the release of bribes.crv by Andre Cronje or the failed take-over of Venus Protocol, Paladin will launch as governance activity grows.

The core team detailed that “the protocol will allow stakeholders to enhance their lobbying capacity while respecting governance guidelines and prevent new attack vectors,” during their first Community Call .

In order to accelerate protocol development, the team has also announced a $2.55M Seed Round, led by Greenfield One and with the participation of Galaxy Digital , NFX , Semantic  and almost twenty angels.

These strategic partners will play a key role in the development of our coordination layer,” hinted Mr. Figuereo.

Paladin Lending is set to release in the coming weeks with UNI, COMP and AAVE as initially onboarded assets.

Paladin Lending Protocol wants to turn your DeFi vote into an asset by building a market for idle governance tokens that’ll empower committed members to leverage their vote.

For more information, please visit  You can also find us on Discord, Twitter, and  Github. All links can be found at and at the company website.