The Pentagon revealed on Wednesday it is training Ukrainians in the use of ‘kamikaze’ Switchblade drones, single use weapons that fly into their targets and detonate on impact.

The U.S. has been careful not to allow Russia to accuse it of escalating the conflict in Ukraine. And officials have been careful to avoid questions about training soldiers to use the billions of dollars in gear being delivered to Ukraine.

But Pentagon spokesman John Kirby said that the Switchblade was not a system familiar to Ukrainian forces.

‘So there is going to need to be a little bit of training,’ he said.

‘It is not a very complex system that doesn’t require a lot of training.

‘An individual could be suitably trained on how to use the switchblade drone in about two days or so.’

The administration has already sent 100 series 300 Switchblade drones, which are designed to attack personnel and light vehicles with a warhead carrying the equivalent power to a 40mm grenade.

On Tuesday, Secretary of Defense Lloyd Austin said the latest shipment will include the Switchblade-600. 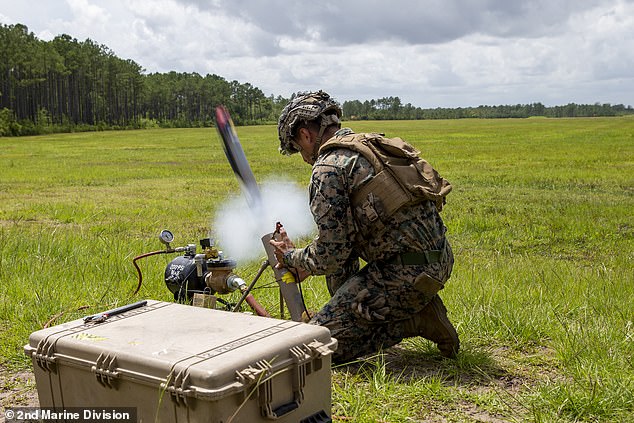 Ukrainian soldiers are being trained in how to use Switchblade drones, like the one being fired here from a launch tube by a rifleman with the 1st Battalion, 2nd Marine Regiment 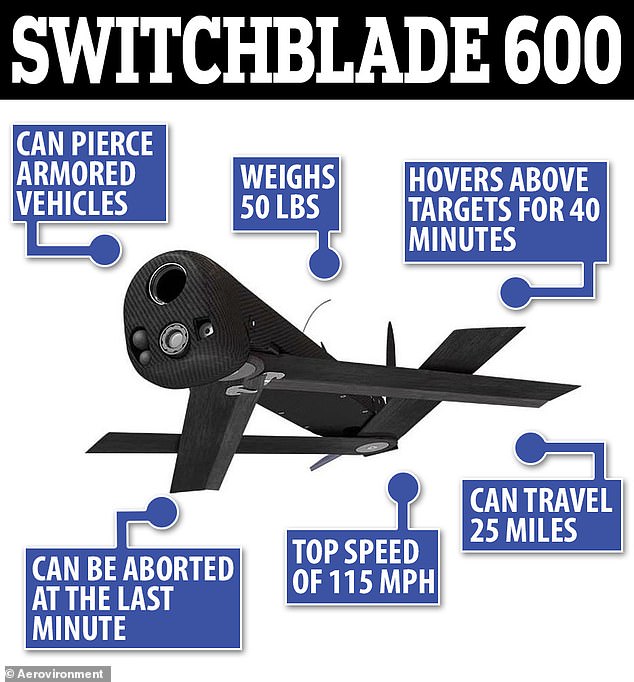 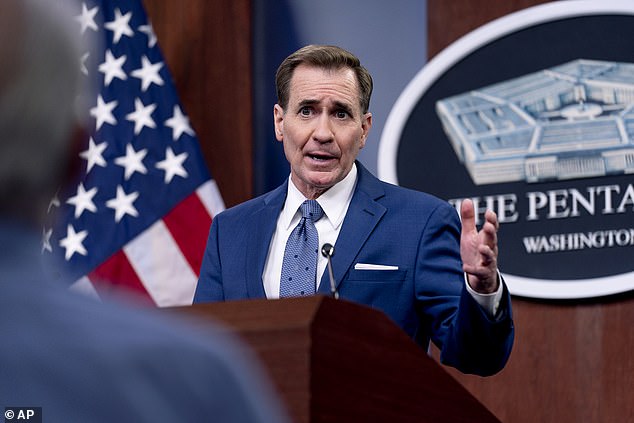 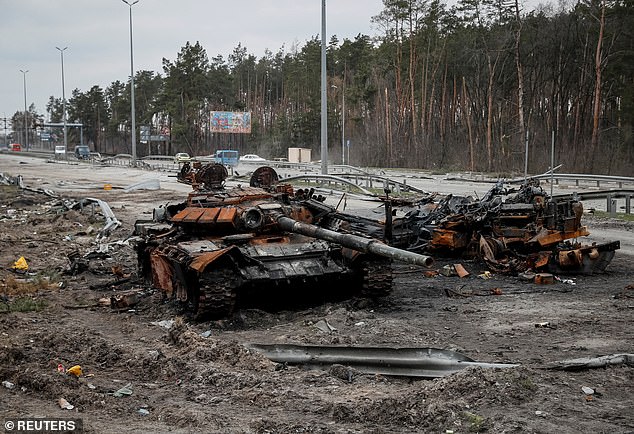 Ukrainian forces have proven adept at stopping Russian armored vehicles with armor-piercing weapons sent by the U.S. and other partner nations. The latest US assessment revealed that Russia has now pulled all its forces back from Kyiv to be reequipped and redeployed

SOPHISTICATED SWITCHBLADES ARE EASY TO USE

Hovers above targets for 40 minutes

Can be aborted at the last minute

Designed to kill people and passengers

Hovers above targets for 15 minutes

Can be aborted at the last minute

Can fit in a rucksack

The 50lb drones can fly 24 miles, ‘loiter’ above a target for 40 minutes before flying into them at 115mph and exploding using special armor-piercing warheads that can destroy a tank.

Both models have been likened to ‘flying shotguns’ and have been selected for use in Ukraine because of their ease of use and deployment, with the drones able to take off from portable tubes planted on the ground.

Switchblade 300s were first deployed in secret in Afghanistan in 2010 to fight the Taliban, and were deemed a huge success.

Kirby said the training involved a small number of Ukrainians who were already in the country for regular military education programs before the Russian invasion on February 24.

He said they would be able to train other personnel when they return.

Washington pulled its military advisers from Ukraine ahead of the invasion, to avoid any direct confrontation with Russian forces.

Meanwhile, on day 42 of the invasion, a senior defense official said Russia appeared to have completed its withdrawal from around the Ukrainian capital Kyiv.

Forces had been pulled back to Russia and Belarus and were expected to be reequipped and redeployed to the eastern Donbas region, according to the latest assessments.

Over the weekend, Ukraine said its forces had seized back all areas around Kyiv, claiming complete control of the capital region for the first time since Russia launched the invasion.

‘We are assessing that all the Russians have left,’ said the official.

Senior U.S. intelligence officials say they believe Moscow planned to capture Kyiv within 48 hours of invading in the hope they could quickly then pacify the entire country.

Out of the 130 Russian battalion tactical groups that were sent to Ukraine for the invasion, more than 80 still remained in the country, according to the official. 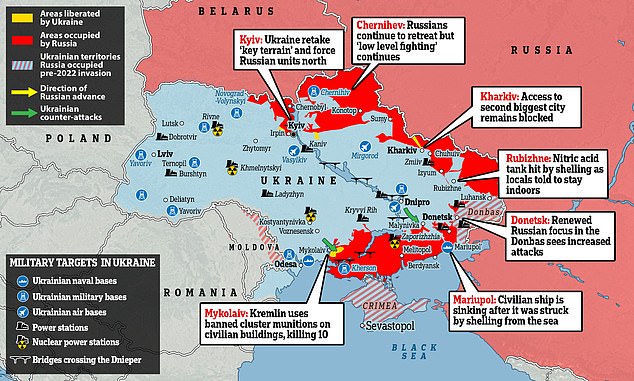 ‘Our assessment is that they won’t want to spend too much refitting and resupplying because they have made a very public show of saying that they’re going to prioritize their efforts on the Donbas region,’ the official said.

Towns around Kyiv bear the scars of weeks of fierce fighting. And some – such as Bucha – have revealed evidence that civilians were killed in war crimes.

‘Clearly a message was sent to the world of Russia’s brutality, and that’s the message that should not be forgotten here,’ said the official.

Russia has claimed that the pictures of dead bodies were staged in order to justify more sanctions on Moscow.

But satellite images have suggested bodies had been left in the streets for weeks.