Trump, Bolsonaro, Meloni and the New Wave of Populism 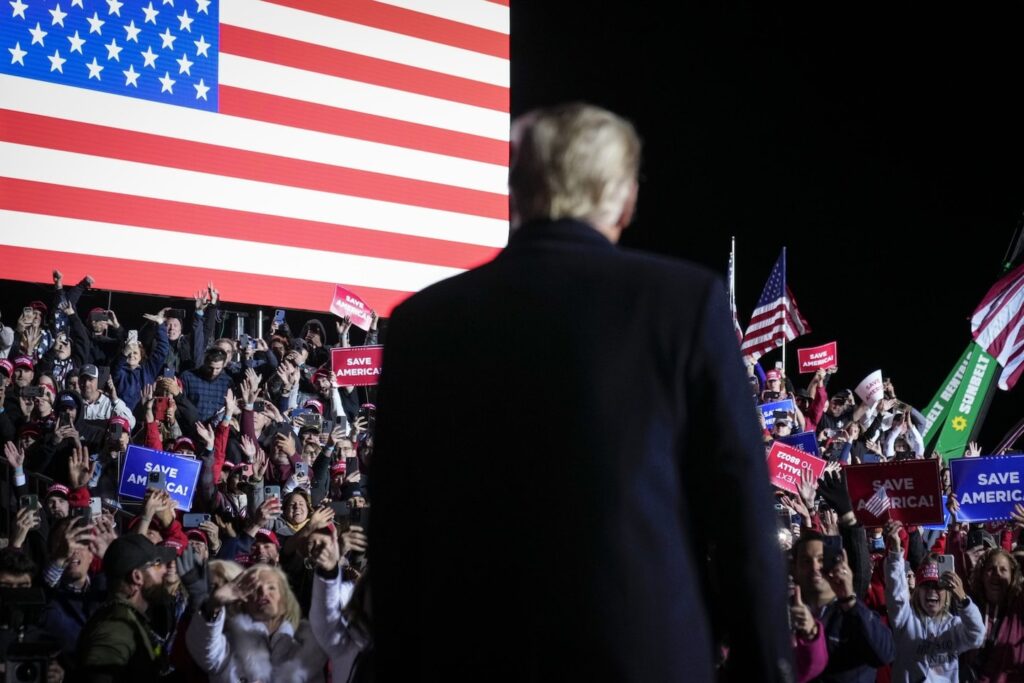 When Donald Trump was elected US president in 2016, he rode a new wave of populism that saw upstarts upsetting the established order to win power in democracies around the globe. Voters ejected Trump in 2020 after a single term, but neither his political influence nor the broader movement went away. Not all the candidates he endorsed in the November congressional, state and local elections won, but some did, and Trump proceeded with an announcement that he’d run for president again in 2024. Elsewhere, populist parties swept to power or increased their support in 2022 from Italy to Sweden, in what some see as encouragement to would-be autocrats and a threat to the acceptance of democracy worldwide.

1. What is populism, exactly?

There’s no single definition of what makes a populist. Indeed the term is often thrown around as an insult. Generally it involves opposition to the principles of liberal democracy, including respect for individual and minority rights and checks on the powers of government. Benjamin Moffitt, associate professor of politics at Australian Catholic University, identified three characteristics:

• An appeal to “the people” against a despised elite;

• Deliberate use of “bad manners” to shock the establishment and prove the politician’s credentials as one of “the people”;

• The use — or manufacture — of a crisis to justify the call to rebel.

2. Where did populism come from?

Modern populism is generally thought to have emerged in the US in the second half of the 19th century, when the People’s Party galvanized angry farmers and rural voters opposed to the raw capitalism of the Gilded Age. Europe’s fascist leaders also used populist tools, but fascism is distinct, requiring also a cult of violence and a powerful ideology based on nationalism and racial superiority. Latin America has had populist waves that began in the 1930s and parts of Asia had their turn in the 1990s.

A common thread is the 2008 financial crisis. Rising inequality and the perception of an unjust response to the market crash — notably bailouts of Wall Street companies — eroded trust in the ability of established leaders to address shifts in the global economy, including technological change and the rise of China. With recessions likely worldwide in 2023, that remains the case. That doesn’t make populism a specifically economic phenomenon. Populists more commonly tap into issues of race and identity, including proxy subjects such as immigration, as Trump did by promising a wall along the US-Mexico border.

Unlike socialism, fascism, liberalism and pretty much every other “-ism,” populism is not inherently left or right. Jair Bolsonaro, Brazil’s populist president who lost his 2022 re-election bid, is a conservative former military officer. Mexico’s president, Andres Manuel Lopez Obrador, presents himself as a radical socialist. The left-wing Five Star movement that rose to power in Italy in 2018 was populist. So is Giorgia Meloni, the head of the far-right Brothers of Italy party who became prime minister in October.

5. Can democracy and populism co-exist?

Some political scientists describe populism as a pathology or malfunction of democracy. Populists say they are rescuing democracies that have been hijacked by elites. Cas Mudde, a professor at the University of Georgia in the US, argues that the truth is somewhere in between, with populists pushing back against classic forms of democracy with a majoritarian, winner-takes-all interpretation that sets back pluralism and claims to directly represent the will of the people against illegitimate elites. That helps explain why, once in power, populists tend to quickly bump up against democratic checks and balances — in particular the courts and media.

6. How can you tell who is a populist?

One way is to watch what politicians attack. As president, for example, Trump routinely declared the “fake news” media to be the “enemy of the American people.” He also repeatedly bad-mouthed judges and courts that ruled against his policies. The European Union accused Prime Minister Viktor Orban of Hungary and officials from Poland’s ruling Law and Justice Party of eroding the independence of their national court systems. Turkey’s president, Recep Tayyip Erdogan, has attacked the independence of the nation’s judiciary, central bank and media. Perhaps the ultimate expression of a populist leader was Trump’s denial of his election defeat and apparent attempt to overturn it by encouraging a crowd of supporters to march on Congress on Jan. 6, 2021.

Probably not. In September, the ultra-nationalist Sweden Democrats emerged as the biggest winners in national elections for the first time. That was followed by Meloni’s win. True, the domino effect that many extremist parties expected after Trump’s election and the UK’s 2016 vote to leave the EU didn’t fully materialize. In France, Emmanuel Macron defeated the far-right populist Marine Le Pen for the presidency twice, each time by appealing to the political center. Still, around 44% of French voters cast their first-round ballot for a populist party of the left or right in the 2022 election. Trump, meanwhile, was still the popular favorite when he announced his candidacy for the Republican party’s 2024 presidential nomination, despite the desire among some in the party to find another standard bearer.

Share. Facebook Twitter Pinterest LinkedIn Tumblr WhatsApp Email
Previous ArticleBlandest of displays proves England are still far from top of the food chain | World Cup 2022
Next Article Thanksgiving leftovers: What to do with all the food