To Defeat Trump, Stop Calling Him a Loser 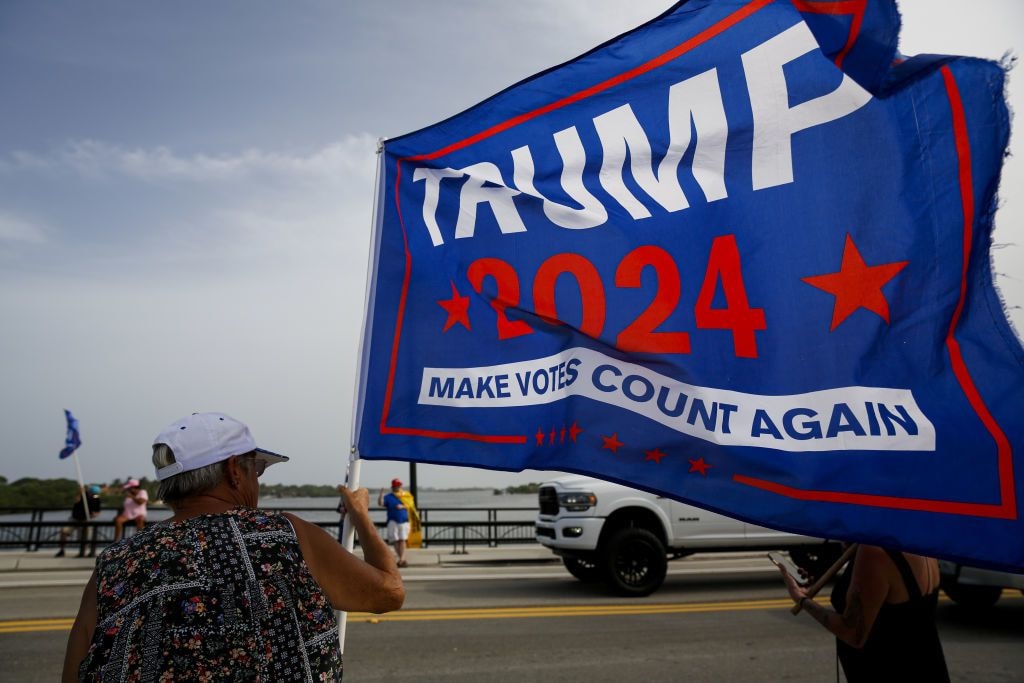 To some frustrated Republicans, the main lesson from a disappointing 2022 election is clear: Donald Trump has become a drag on their party. They may well be right — but it will be a hard argument to make to their fellow Republicans, who tend not to place a high value on electability.

A growing number of party figures have blamed the former president for costing Republicans control of the Senate and the governorships of Pennsylvania, Michigan and Arizona. And with Trump announcing that he would seek to regain the White House himself in 2024, these critics are anxious to convince Republican primary voters that the party needs a new direction.

“Candidate quality matters. Holy cow, have we learned that one the tough way,” quipped New Hampshire Governor Chris Sununu, who proposed a “great policy for the Republican Party: Let’s stop supporting crazy, unelectable candidates in our primaries.” Former US Attorney General Bill Barr complained that Trump created “mischief” by endorsing “weak candidates for key Senate and House seats.” The midterms were “a huge loss for Trump,” argued former New Jersey Governor Chris Christie, proving that “his political instincts are not about the party, they’re not about the country — they’re about him.” Former House Speaker Paul Ryan recently labeled himself a “Never-Again-Trumper” in 2024 because “I want to win, and we lose with Trump.

By building their case against Trump (and Trump-aligned candidates) on the grounds of strategic calculation, these leaders are gambling that they can persuade Republican voters to choose maximizing the party’s competitiveness over strengthening its devotion to Trumpism. But that won’t be an easy task. Historically, Republicans are less likely than Democrats to perceive a tradeoff between winning elections and achieving other party goals.

In the Democratic Party, electability is a familiar concern. After the defeats of George McGovern in 1972 and Michael Dukakis in 1988, Democrats concluded that they needed to choose more moderate presidential nominees to enhance the party’s popular appeal — leading to the more successful choices of Jimmy Carter and Bill Clinton.

Joe Biden’s 2020 candidacy was similarly built on the simple premise that he offered Democrats their best shot at victory. Many Democratic voters readily accepted Biden’s argument, putting aside their preference for a nominee who was more left-leaning, younger, female or non-White to prioritize the objective of removing Trump from office.

Republicans don’t have the same history. Republican candidates are more likely to court primary supporters by proclaiming their fervent allegiance to party doctrine than by touting their general-election appeal. Conservative activists and media figures seldom concede even the possibility of tension between partisan purity and electoral strength, arguing instead that voters will reward candidates who draw the sharpest distinctions with the left — after all, didn’t Ronald Reagan show that a steadfast conservative could win two national landslides? As a result, Republican primary voters were recurrently nominating weak candidates who squandered key statewide races even before Trump’s entry into politics.

Republican critics’ argument that “we lose with Trump” faces two other obstacles as well: First, as 2016 shows, Trump is fully capable of winning the presidency. Second, there is widespread opinion among Republican supporters that his narrow loss four years later was illegitimate.

Entertaining the belief that Democrats stole the 2020 election has allowed most Republicans to avoid acknowledging and addressing the political deficiencies that made Trump vulnerable to defeat. Instead, demonstrating loyalty to Trump by questioning the validity of Biden’s victory has become an important marker of conservative identity.

Trump’s comeback attempt could well succumb to the chronic unpredictability of nomination politics. But by framing their argument in pragmatic terms, anti-Trump Republicans are adopting a strategy without a strong record of past success in their party. It’s hard to convince Republican voters that brute political calculus requires them to settle for a less emotionally appealing candidate than the one they already elected president once (and nearly twice).

A safer approach for Trump’s Republican critics would be to argue that another contender would not only stand a better chance of defeating the Democrats, but also prove more effective in advancing the conservative cause. “Sorry, but the fun’s over” is seldom a winning message in politics — even when it might be true.

• The Most Surprising Thing About the Midterms: Jonathan Bernstein

• Even Republicans Are Tiring of Trump: Julianna Goldman

David A. Hopkins is an associate professor of political science at Boston College and the author of “Red Fighting Blue: How Geography and Electoral Rules Polarize American Politics.”