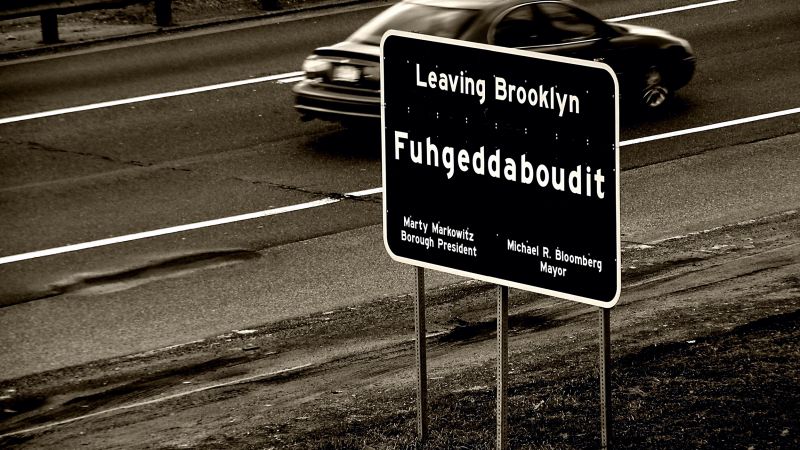 I have a confession to make. My name is Harry Enten, and I am a millennial who sounds like a 75-year-old Jewish man.

In fact, a lot of people assume I have stepped out of a time machine.

I speak with what many consider a stereotypical New York accent. And yes, it’s distinct.

This got me thinking about accents and dialects in general. When you turn on television, it feels like we hear fewer accents than we used to. Instead, we get this bland “general American” accent that doesn’t sound like it’s from anywhere in particular.

Are our (my) ears playing a trick on us (me)? Are accents going away?

I set out on a journey to find some answers in the second season of my podcast Margins of Error. The podcast gets to the stories that are often pushed to the margins. And while I love data, we also explore the stories behind the numbers.

The idea that accents (how words sound when we speak) and dialects (can include different words and phrases for the same word or phenomenon) – which are two different things, I’ve learned – are dying has some basis in numbers. Researchers at The University of Texas at Austin have been tracking the decline of the traditional Texas accent. In the 1980s, 80% of Texans they interviewed had that accent. As of 2013, only a third of them do.

But a deeper dive reveals that there’s a lot more to the story.

For one thing, experts can’t even agree on how many regional accents there are in the United States. “There’s some number between like three and 25, depending on what source you’re going to,” Nicole Holliday, assistant professor of linguistics at the University of Pennsylvania, pointed out in an episode of the podcast.

Between three and 25. That’s a huge range. For me as a stats guy – that’s freakin’ nuts, folks.

And there certainly still are differences in the way we speak. When comedian and Georgia native Mia Jackson and I took the New York Times dialect quiz, she and I had very different answers to a lot of questions. For instance, what I call a “sunshower,” she called “the devil is beating his wife.” It’s a Southern thing, she told me, and it means raining when the sun is out.

In fact, the idea that accents are dying isn’t anything new. “American Dialects Disappearing” is the headline of an article from a newspaper in Eugene, Oregon. You want to guess which year it was published? 1960. And yes, I guess people from Oregon speak with an accent.

What I came to find out during my time recording the podcast is that accents and dialects aren’t dying. Instead, they are constantly changing, though usually at a very slow pace.

The significance of evolving accents is actually much bigger than merely sounding different than we used to in the past. It’s about how we’ve changed as Americans. It used to be, as Holliday pointed out to me, that people didn’t mix as much as we do now.

“Before we had planes and stuff, people living on one side of a mountain did not talk to people living on the other side of the mountain,” Holliday said. “And when groups of people are segregated from each other, they develop different ways of speaking.”

Today, with about 8.4% of people moving, according to 2021 US Census data, and Americans connected through technologies such as social media, accents continue, usually slowly, to shift.

Sometimes, though, the story isn’t about slow change. It’s about something dramatic happening. For instance, did you know an accent can change because of a Hollywood portrayal?

The 1996 movie “Fargo” made people in the Upper Midwest think twice about their vowel shift, according to Dennis Preston, Oklahoma State University professor emeritus of linguistics, who spoke in a podcast episode.

But do we lose something with changing accents, especially those that come about because of social pressure?

“We’re eliminating a lot of the rich history that people come with when we encounter different people,” Holiday said. “I would hate to see … social pressure cause the disappearance of these varieties that can tell us so much about the world that we live in in our history.”

And that’s why I spend part of the podcast trying my hand at speaking in an accent that seems to be going away.

If you want to hear me take a stab at a very different accent from New York’s and learn a lot about accents along the way, you’ll have to tune in.