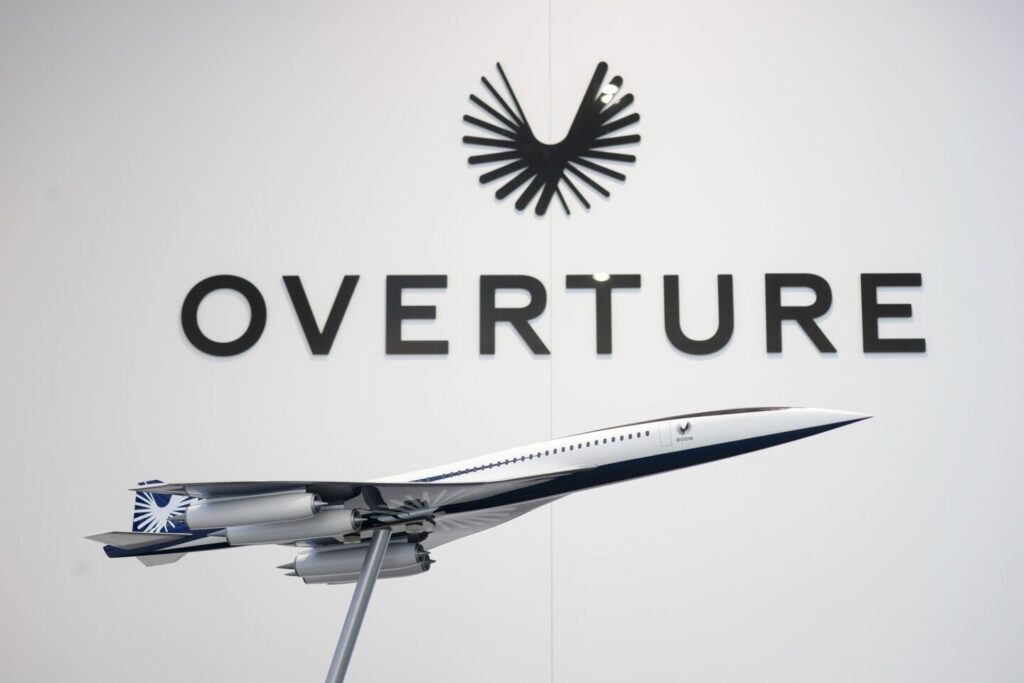 American Airlines Group Inc. just agreed to purchase 20 supersonic jets from Boom Supersonic that are designed to carry as many as 80 passengers. So, when will you be able to buy a ticket to fly at 1.7 times the speed of sound from New York to London and cut your travel time in half? Well, probably never.

Though the idea of commercial supersonic flight is alluring, the financial and technological hurdles to replace the legendary Concorde, which stopped flying in 2003, will be incredibly steep. There are reasons no aircraft manufacturer has built a replacement for that iconic plane despite the advances in engineering. The Concorde, which made its first scheduled passenger flights in 1976, was more a cult hit than a commercial success. That’s why airliners still chug along well below the sound barrier, which is about 680 miles an hour at 30,000 feet.

People would certainly like to fly faster and save time. But are they willing to pay a super-premium price for that? The answer for the Concorde was no. The economics didn’t work. The plane was also plagued by noisy engines and a sonic boom that could set off car alarms and rattle objects off shelves. And then there was the crash in the summer of 2000 that killed 113 people and spelled the aircraft’s doom.

Boom has lined up some impressive partners, and a couple of airlines have agreed to make purchases. This doesn’t mean the plane will ever be built. The partners, including the defense giant Northrop Grumman Corp., are on board for now, but they have no obligation to stick around. There’s no real skin in the game.

That goes for American Airlines, United Airlines Holdings Inc. and Japan Airlines Co., which have all added to the order book for Boom’s supersonic airliner, the Overture, which costs $200 million. But they aren’t paying anything close to that now. It’s easy for an airline to put down a small amount of money on the chance that a startup pulls it off and restarts the era of supersonic travel. It’s more akin to a venture investment. American Airlines’ down payment is nonrefundable, Boom said in the statement on Tuesday. Nobody is disclosing the amount, so it’s bound to be tiny.

If all this sounds a little familiar, it’s because it is. Recall this headline from a Bloomberg News article in May 2021: “Texas Billionaire’s Supersonic-Jet Dream Dies as Aerion Folds.” The startup’s demise came just when it looked as if it was truly going to produce its supersonic aircraft, the AS2. The company had hired a lot of experienced aviation industry executives, boasted many orders and, more important, had an engine maker. General Electric Co. was taking a crack at developing the perfect engine that was quiet and able to cruise efficiently above and below the speed of sound.Aerion ended up owing $32 million to GE for engine work, according to a list of assets for sale that was published last year. Development Specialists Inc., which is handling the fire sale of the few assets Aerion has, has set a deadline of Sept. 7 for submitting bids.

Aerion had all the right partners, including Boeing Co., and had Flexjet, the second-largest operator of private jets, as a launch customer. The list of wealthy people willing to sign up for a chance to buy a showboat aircraft that would smoke all their rivals’ clunkers grew. NetJets, the largest operator of private aircraft owned by none other than Warren Buffett’s Berkshire Hathaway Inc., signed up to buy 20 AS2s in March 2021. Two months later, Aerion collapsed. Robert Bass, the Texas billionaire from the headline, wouldn’t support the project any longer just as it was poised to map out its pathway to manufacturing. When a last-ditch attempt to line up investors — rumors say from Saudi Arabia — failed, the project collapsed.

Aerion’s experience doesn’t mean that this same fate will befall Boom, but the challenges are similar and formidable.Environmental and noise-limit standards make the challenge of developing an engine for a civilian supersonic aircraft incredibly daunting. Regulations that restrict supersonic travel over land will have to change, but Boom says there are hundreds of airline routes over the ocean to drum up demand. The startup also says it will use only sustainable aircraft fuel (SAF), which is expensive and scarce.

“The economics really matter,” Boom Chief Executive Officer Blake Scholl said in a phone interview. “What we have to get right with Overture is getting down the cost of operations so the tickets can be at a low price and way more people can afford to fly on it. That’s absolutely essential.’’

Scholl said that his Overture aircraft will be “very profitable” with a round-trip ticket from New York to London at $5,000. That would be a great deal for cutting in half the seven-hour flight from JFK to Heathrow. For the engine, Boom is in talks with Rolls Royce Plc, which has a technical design, and other unidentified companies, Scholl said. Safran SA, Raytheon Technologies Inc.’s Collins unit, Eaton Corp. and other well-known suppliers are paying for their own research for the project, he said.

The project begs the question: If the business opportunity were so solid, why wouldn’t one of the experienced planemakers such as Boeing Co., Airbus SE or Lockheed Martin Corp. already have such an aircraft in development? Sure, startups can and do disrupt established industries, but manufacturing such a complex plane on budget and on time to keep down the price per passenger requires more than entrepreneurial brashness. Passengers probably aren’t going to pay too much more than a business-class ticket to reduce the trip from Los Angeles to Hawaii to about three hours from five.

Moreover, the development of a supersonic plane is going to be capital intensive, and that cost is rising as the Fed moves aggressively to stomp out inflation. The central bank’s hammer has many worried that a recession is a real possibility. There’s probably not a lot of risk appetite from engine makers that are flogging the supply chain to keep up with the existing need to feed power plants to Boeing and Airbus. GE CEO Larry Culp most likely isn’t salivating to make a big bet on supersonic as one of the first projects of his stand-alone aerospace company.

Scholl has a vision, and I wish him luck. Just don’t expect to fly faster than the speed of sound for many, many years, if at all.

• Good Luck Making It to Your Vacation This Summer: Andrea Felsted