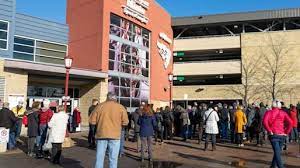 Businessman Walid Giahmi has welcomed the dismissal earlier this month of the Libyan Investment Authority’s most recent case against him.

His Honour Judge Pelling QC sitting as a judge of the High Court, the said the LIA had “no real prospect of success” of showing that it had lodged its $200 million claim against Credit Suisse and four other defendants in a timely manner. [2021] EWHC 2684 (Comm).

His Honour noted that the earlier $200 million case of LIA vs J.P. Morgan, in which Mr Giahmi was also a defendant, had also been dismissed on a similar basis by Mr Justice Bryan in 2019. [2019] EWHC 1452 (Comm).  The LIA was denied leave to appeal the LIA vs JP Morgan decision.

Noting that counsel for the LIA told the judgement hearing that it would not be appealing the court’s dismissal of the case, Mr Giahmi said “I sincerely hope that this clears the way for the Libyan Investment Authority to spend more on Libya and less on London lawyers.”

December 23, 2021
We use cookies on our website to give you the most relevant experience by remembering your preferences and repeat visits. By clicking “Accept All”, you consent to the use of ALL the cookies. However, you may visit "Cookie Settings" to provide a controlled consent.
Cookie SettingsAccept All
Manage consent