Prospering in Ultra-Micro Segments, BRI Will Optimize the Right Issue 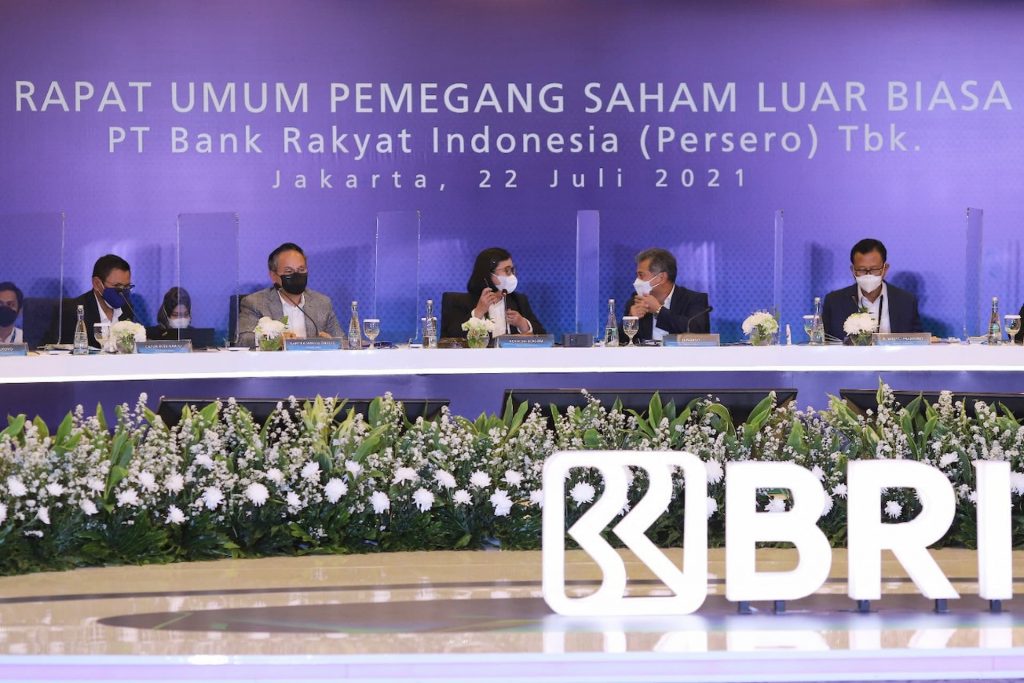 PT Bank Rakyat Indonesia (Persero) Tbk (IDX:BBRI) (“BRI”) has recently launched a rights issue with a transaction target of up to IDR 96 trillion in connection with the establishment of BRI as an ultra-micro holding company and the acquisition of PT Pegadaian (Persero) and PT Permodalan Nasional Madani (Persero).

Chief Financial Officer of BRI, Viviana Dyah Ayu, said “We have long believed that our shareholders will benefit from the economic and social value represented by this corporate action. We have created an ecosystem to support the enormous growth of Indonesia’s digital economy, providing equitable access to finance in the ultra-micro sector. This also helps to create new jobs, preserving the ultra-micro sector as the backbone of national economic growth.”

According to a data by the Ministry of Cooperative and SMEs, the ultra-micro segment comprised approximately 65 million micro business units in 2019, representing 99% of total businesses in Indonesia.

“As we see a huge potential in the ultra-micro segment, BRI is optimistic that the new business model created by the establishment of an ultra-micro holding company will lead to a long-term and sustainable business growth. Moreover, operating in the ultra-micro segment reinforces our company’s core competence in the micro and small business sectors. The establishment of BRI as an ultra-micro holding company is expected to contribute to BRI’s vision of becoming “The Most Valuable Banking Group in Southeast Asia” and “Champion of Financial Inclusion” by 2025,” concluded Vivi.

NOT FOR RELEASE, PUBLICATION OR DISTRIBUTION IN WHOLE OR IN PART IN OR INTO THE UNITED STATES, CANADA OR JAPAN.

Share. Facebook Twitter Pinterest LinkedIn Tumblr WhatsApp Email
Previous ArticleJeff Yabuki Joins Motive Partners As Chairman And Will Co-Lead The Firm
Next Article Terrapay Partners With Movii To Pave The Way For Seamless Cross-Border Payments For Colombian Residents And Diaspora Across The World