OPEC+ Mulls When to Fire Its Last Oil Production Bullets 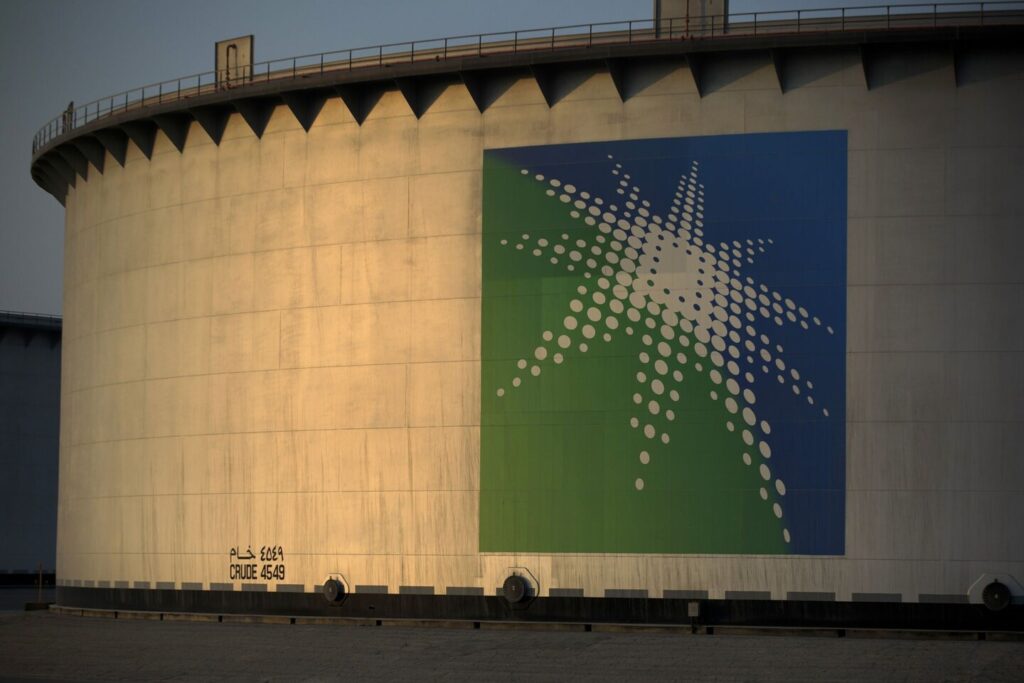 For the last year, the oil cartel has been injecting liquidity into the energy market, boosting output in a series of pre-planned monthly hikes. The final boost will come in August. By then, OPEC+ will be running out of spare production capacity.

The zero bound is far more conclusive for the oil bloc than for the Federal Reserve, which augmented its economic support via quantitative easing, or the European Central Bank, which introduced negative interest rates. Put simply, Saudi Arabia and its allies can’t pump barrels they don’t have.

OPEC+ will meet virtually on June 30 to rubber-stamp the final monthly hike that, on paper, would boost August production back to pre-Covid levels. In reality, output is lower because of sanctions on Russia and the inability of several nations including Nigeria and Libya to boost output in recent months.

What happens next is crucial for both the global economy and politicians such as US President Joe Biden under pressure from high gasoline prices. OPEC+ needs another online gathering for late July or early August to establish output levels from September. Running low on production ammunition, the cartel needs to make sure each final bullet counts.

OPEC+ officials are adamant that talks about September haven’t yet started. As far as I can gather, no member has put forward a proposal, and it’s difficult to identify the outline of any deal beyond an underlying acknowledgment that more oil will be needed. Still, in private, officials are weighing their limited options. One thing is clear: The group is likely to act in small steps, keep Russia on board despite pressure from Washington, and be data-driven, with an eye on how interest-rate hikes start to affect economies. Gradualism is the buzzword.

Although the pre-planned hikes end in August, the OPEC+ deal doesn’t expire until December. That means that any increases through September and the fourth quarter would require a consensus. Only from January 2023 could everyone pump at will in the absence of a fresh accord. For now, that leaves Riyadh — and Moscow — in command.

While Biden is scheduled to visit Saudi Arabia in mid-July, the trip may have a lesser impact on OPEC+ deliberations than many think. After rebuffing White House pressure for a year, the cartel is keen to focus on supply and demand. Thus, the key input will be the 2023 market outlook that OPEC will unveil on July 12. The forecast is likely to paint a bullish picture: Despite recession fears, oil demand is probably going to grow by at least 1.5 million barrels a day in 2023, after a 3.4 million increase this year.

Oil prices will also have an influence. For some OPEC+ delegates, oil, hovering between $110 and $120 per barrel is already too expensive, damaging the global growth outlook by forcing the Fed into an aggressive tightening campaign. But others are nervous about a crude-price reversal. Liquidity in the oil market is at a six-year low, leaving it vulnerable to a sharp selloff. Over the summer, several big producer-hedging deals are likely as privately owned US shale companies lock in 2023 prices. Petronas, the state-owned Malaysian oil company, has in the past hedged prices around this time of the year, as has the government of Mexico. By selling forward, all can push oil prices lower.

But unless the global economy deteriorates substantially over the next five to six weeks, or China goes back into lockdown, the view inside OPEC+  is that the group would likely to need to increase output again. The need for extra crude will become particularly acute as, by late October, the US will wind down the sales from its Strategic Petroleum Reserve, which right now are adding more oil into the market than some medium-sized OPEC+ member countries.

Yet, hiking production is becoming difficult. By August, all OPEC+ nations except Saudi Arabia and the United Arab Emirates will be pumping at full throttle. On paper, Riyadh and Abu Dhabi will still have a combined 2 million barrels a day of spare capacity, but neither has produced above their forthcoming August levels for more than a handful of weeks. Both insist they can sustain those lofty production rates, but many traders are skeptical. For the oil market, what matters is not just how much real spare capacity is left, but how much the market believes is left. Right now, investors are skeptical about how much room remains — and that suspicion is starting to filter into the price of oil, with the market demanding higher risk premia.

How to manage that final tranche of spare capacity — both real and perceived — is the subject of a debate inside and outside OPEC+. For some, including cartel members, the group should put most of its spare capacity into the market now, to prevent triple-digit oil prices prompting recession-inducing interest-rate increases from central bankers. On that view, lower oil prices are the price to pay for healthier economic growth in 2023. Others disagree, believing that OPEC+ must keep enough powder dry to credibly offer insurance in case of a supply disruption down the line. They also argue that increased supply may not subdue retail fuel prices by as much as in the past, as refiners are struggling to process enough crude into gasoline and diesel.

On balance, the latter, cautious view has more merit: If OPEC+ runs completely of spare capacity, or investors believe it has, then oil could become a runaway market. From today’s standpoint, more crude is needed. But it’s also clear that high prices are part of the solution to the current problem: oil demand needs to decelerate. Saudi Arabia should keep a bullet in the chamber.

Who Gets What From Your £100 Fuel Fill-Up: Julian Lee

• The US Is Depleting Its Strategic Petroleum Reserve Faster Than It Looks: Javier Blas

Javier Blas is a Bloomberg Opinion columnist covering energy and commodities. A former reporter for Bloomberg News and commodities editor at the Financial Times, he is coauthor of “The World for Sale: Money, Power and the Traders Who Barter the Earth’s Resources.”