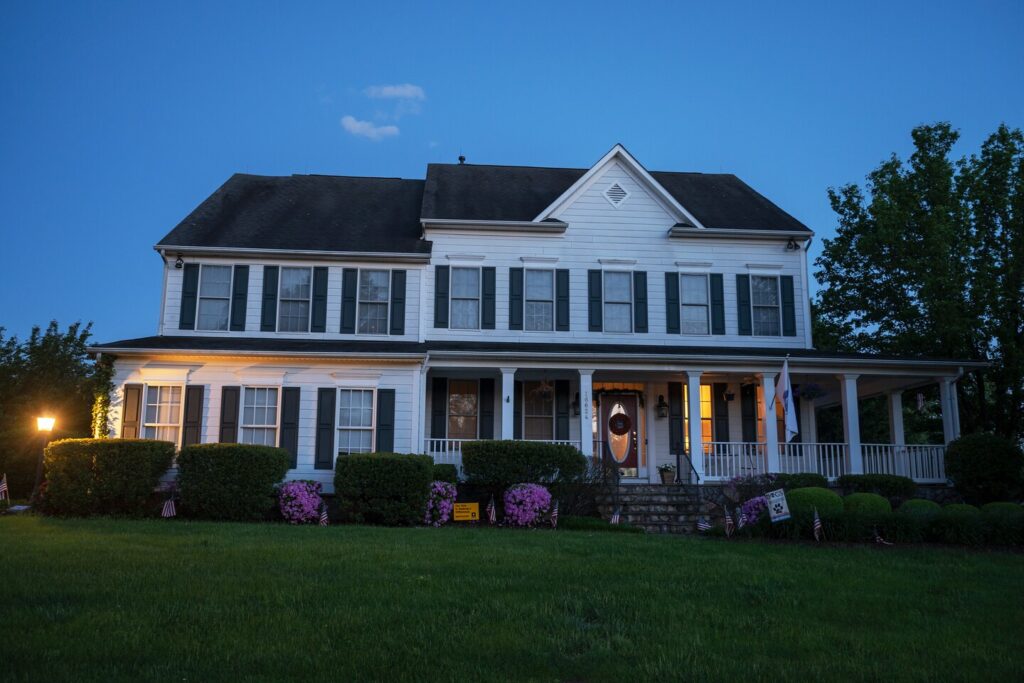 Raspberry Falls, a community of 201 single-family homes nestled around the award-winning Raspberry Falls Golf & Hunt Club, is loved by residents for its connection to nature, noteworthy amenities and convenient location just off Route 15 in Leesburg, Va.

“I’ve never wanted to live anyplace else,” said Laura Maschler, a real estate agent with Century 21 New Millennium and resident of Raspberry Falls since 2005. “For a lot of residents, there was a real appreciation moving into a place where we have plenty of open space, and we really try to be good stewards of the land.”

The community is made up of eight hamlets, or clusters, of about 25 homes, most of which are on one-acre lots. Each hamlet has one conservation lot of around 10 acres, as well as large, dedicated open space that helps separate the hamlets from one another.

The developer turned a portion of this dedicated open space into the Raspberry Falls Golf & Hunt Club public golf course.

The layout of the community, focused on preserving the rolling terrain and native greenery, has fueled residents’ appreciation for the environment.

“We love our mature trees, we love walking through the neighborhood, and we love the ponds and the wildlife,” Maschler said.

It’s not uncommon to hear foxes scampering by in the early morning and to see families of deer in backyards, she said.

The sense of community is further built through amenities, including a recently upgraded swimming pool complex, tennis courts, landscaping and well-maintained common areas.

Access to these perks is included in the homeowners association fees of $205 per month. Golf course memberships are separate, but residents get discounted rates.

“It’s a phenomenal golf course; we all love it. … I’ve been a member for a long time,” said Al Saunders, a resident of Raspberry Falls since 2006 and president of the board of directors of the HOA.

Built in 1996, it is the only Gary Player-designed championship golf course in Virginia and has won numerous awards. It was ranked one of the top 10 courses in the Mid-Atlantic by Golf Monthly.

In the afternoons or evenings, residents sometimes congregate at Hunter’s Grill, in the clubhouse at Raspberry Falls Golf & Hunt Club. The restaurant is open to anyone for a casual bite to eat, a glass of wine, or tea and to socialize and relax.

Saunders said these amenities were one reason he and his wife immediately felt like the community was a great fit for them.

The HOA and many residents ensure there’s something for everyone in Raspberry Falls, he said, whether it be the ice cream socials for children, tennis lessons, poker nights, or the women’s book club, jogging group or the “Women Who Wine” group.

In April, children scattered across the green space as they hunted for pastel-colored Easter eggs. Many residents also came together at the end of 2021 to celebrate the holiday season at the golf club, Saunders said.

Raspberry Falls is predominantly home to families with children, given the large houses and family-oriented activities. But there are a handful of retired people who have lived there for a long time and “choose not to leave because it’s exactly what meets their expectations in terms of the upkeep of individual homes and the common areas,” Saunders said.

When Dustin Krause was moving from Chicago to Northern Virginia in 2018 and was looking for a home that met all his family’s needs, Raspberry Falls was it, he said. The first house he looked at is the one they live in, Krause said.

“It just made such an impression, because of the beautiful landscape with lots of room for kids and dogs to roam, the quality of the houses, and the variety of the homes,” he said.

Because the community was built over a period of a few decades, mostly by Van Metre Homes, there’s a mix of home styles, sizes and prices. The first hamlet of 25 homes was built between 1994 and 1999, and the last was completed between 2012 and 2014 along Briarberry Place.

In the summer, Krause said, his kids participate in a public golf camp at the golf course, and they walk to the pool and tennis courts.

“You’re also really close to everything,” he said.

Raspberry Falls is about five miles from historic downtown Leesburg, with numerous restaurants, and the Leesburg Premium Outlets, and there are breweries and wineries along Route 15.

Residents are also just two miles from the White’s Ferry crossing of the Potomac River and can utilize nearby parks for hiking, including Morven Park, Ball’s Bluff Battlefield Regional Park and Temple Hall Farm.

Within the community, there are private event venues, including Rose Hill Manor and Raspberry Plain Manor, which are not owned by the HOA but are where they’ve held some events.

“No matter where you live in the community, you’ve got nice property, you’ve got beautiful trees and foliage, and the residents and HOA are great,” Krause said. “There’s a lot of pride of the people that live here.”

Living there: Raspberry Falls is bordered by Selma Lane to the north and Route 15 to the east.

Transit: Loudoun County Transit has bus stops about four miles away off of Route 15. The closest Metro station, Wiehle-Reston on the Silver Line, is about 30 miles away.

If you’d like your neighborhood featured in Where We Live, email kathy.orton@washpost.com.