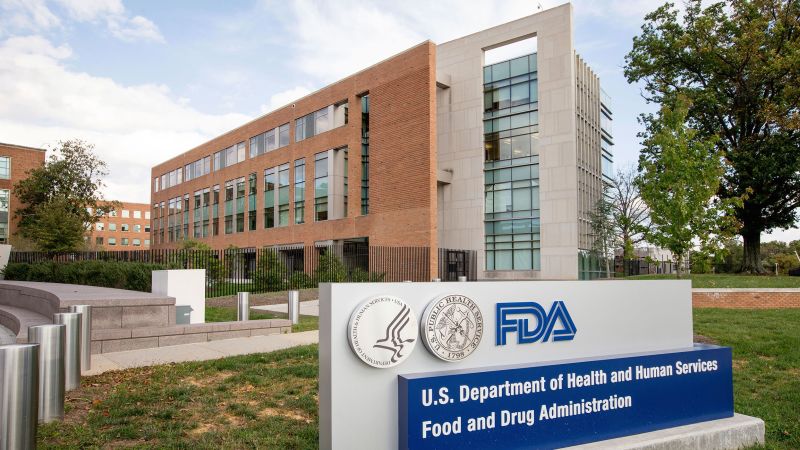 The US Food and Drug Administration could decide this week whether to grant accelerated approval to the experimental dementia drug lecanemab, according to Eisai and Biogen, the companies that make the drug.

Lecanemab – one of the first experimental dementia drugs to appear to slow the progression of cognitive decline – has shown “potential” as an Alzheimer’s disease treatment, according to Phase 3 trial results, but raised safety concerns due to its association with certain serious adverse events, including brain swelling and bleeding.

In July, the FDA accepted Eisai’s Biologics License Application for lecanemab under the accelerated approval pathway and granted the drug priority review, according to the company. The accelerated approval program allows for earlier approval of drugs that treat serious conditions and “fill an unmet medical need” while the drugs continue to be studied in larger and longer trials.

The FDA is expected to decide whether to grant accelerated approval to lecanemab by January 6, Eisai spokesperson Libby Holman confirmed to CNN.

“If lecanemab is approved by the FDA under the Accelerated Approval Pathway, Eisai will do its best to make lecanemab available as soon as possible,” Holman wrote in an email. “Eisai aims to file a Supplemental Biologics License Application for traditional approval in the U.S. soon and to file marketing authorization applications in Japan and Europe by the end of Eisai’s fiscal year 2022, which ends on March 31, 2023.”

The Alzheimer’s Association also expects the FDA to take action by January 6, Maria Carrillo, the group’s chief science officer, said in a statement.

“We believe, based on the totality of positive data from clinical trials of this treatment, that the FDA should approve. Peer-reviewed, published results show lecanemab will provide patients in the earliest stages of Alzheimer’s more time to participate in daily life and live independently. It could mean many months more of recognizing their spouse, children and grandchildren,” Carrillo said in the statement.

She added that the Alzheimer’s Association hopes that the Centers for Medicare and Medicaid Services “will move quickly” to cover the drug and “revise its coverage decision that currently blocks access to this treatment.” CMS determines whether to cover FDA-approved therapies based on whether it deems them to be safe and effective.

Lecanemab, a monoclonal antibody, is not a cure, but works by binding to amyloid beta, a hallmark of Alzheimer’s disease.

In late November, results from an 18-month Phase 3 clinical trial published in The New England Journal of Medicine showed that lecanemab “reduced markers of amyloid in early Alzheimer’s disease and resulted in moderately less decline on measures of cognition and function than placebo at 18 months but was associated with adverse events.”

The results also showed that about 6.9% of the trial participants given lecanemab, as an intravenous infusion, discontinued the trial due to adverse events, compared with 2.9% of those given a placebo. Overall, there were serious adverse events in 14% of the lecanemab group and 11.3% of the placebo group.

The most common adverse events in the lecanemab group were reactions to the intravenous infusions and abnormalities on their MRIs, such as brain swelling and bleeding called amyloid-related imaging abnormalities, or ARIA, which can become life threatening.

Some people who get ARIA may not have symptoms, but it can occasionally lead to hospitalization or lasting impairment. And the frequency of ARIA appeared to be higher in people who had a gene called APOE4, which can increase the risk of Alzheimer’s disease and other dementias. ARIA “were numerically less common” among APOE4 noncarriers.

Even if the FDA offers accelerated approval of the drug, it will still be studied in more robust trials. And if those trials confirm that the drug provides a clinical benefit, the FDA could grant traditional approval. But if the confirmatory trial does not show benefit, the FDA has regulatory procedures that could lead to taking the drug off the market.

“If and when this drug is approved by the FDA, it will take clinicians some time to be able to parse out how this drug may or may not be effective in their own individual patients,” especially since carriers of the APOE4 gene could be at higher risk of side effects, Dr. Richard Isaacson, director of the Alzheimer’s Prevention Clinic in the Center for Brain Health at Florida Atlantic University’s Schmidt College of Medicine, who is not involved in studying lecanemab or its development, said in November.

More than 300 Alzheimer’s treatments are in clinical trials, according to the Alzheimer’s Association. Alzheimer’s disease was first documented in 1906, when Dr. Alois Alzheimer discovered changes in the brain tissue of a woman who had memory loss, language problems and unpredictable behaviors.

The debilitating disease affects more than 6 million adults in the United States.