In the Oil Market, the Strong Dollar Is the World’s Problem 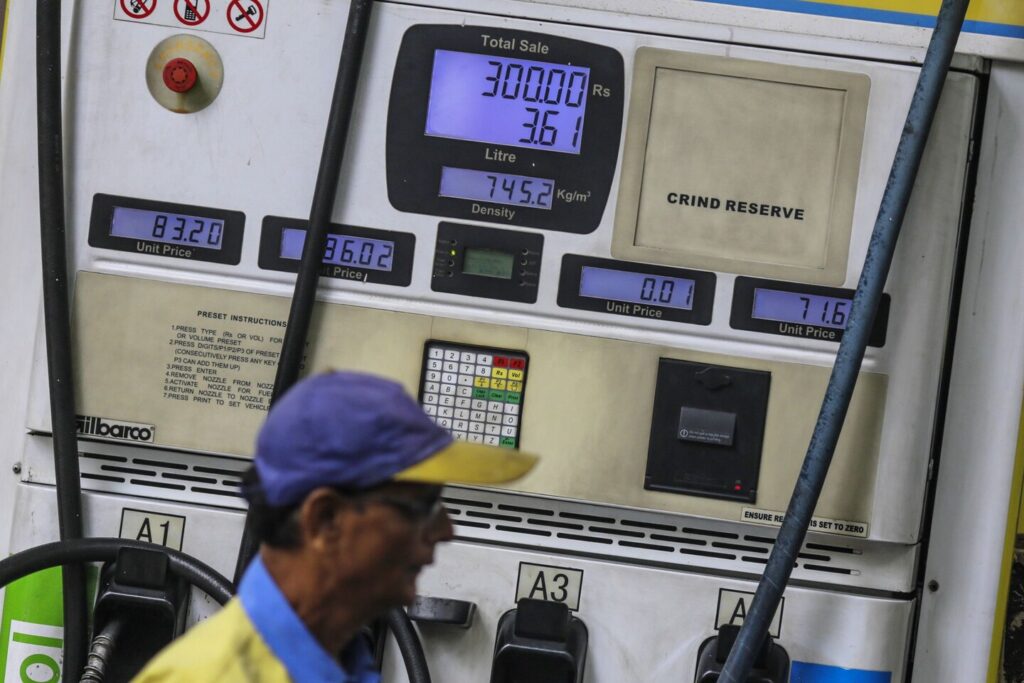 Just over 50 years ago, at a meeting of the world’s top economic powers, US Treasury Secretary John Connally shocked his counterparts by proclaiming the dollar “is our currency, but it’s your problem.” Back then, America wanted a cheaper currency, forcing others to revalue theirs. Half a century later, the global economy faces the opposite challenge: The greenback is hovering at a 20-year high against its fellow major currencies, creating a huge problem for everyone outside America buying dollar-denominated goods. And no commodity is more important than crude oil.

Since Connally made the dollar everyone else’s trouble, the greenback has become king of the global energy and commodity markets. The price of nearly every raw material the world consumes today, from oil to wheat to copper, is set in dollars. Even tea, the quintessential British beverage, is priced in the US currency, rather than sterling.

Typically, a strong dollar means weaker commodity prices — and vice versa. The commodity-dollar relationship tends to act as a cushion for the global economy with one offsetting the other, which is particularly important for poorer countries. The last time the world faced surging oil prices was paradigmatic of the symbiosis. In 2008, the cost of Brent surged to an all-time high of $147.50 a barrel, straining the finances of many nations. But that same year, the dollar plunged to a record low against the currencies of the US’s major trading partners, easing some of the pain. For many importing nations, oil became expensive, but not exorbitantly costly in local currency.

That historical dollar-oil price relationship now appears to be broken. Crude has risen 70% in the past year, and currently trades at about $120 a barrel. At the same time, the dollar has gained 10% since mid-2021. That’s creating balance-of-payments crises in many oil-importing nations, particularly in Africa, Latin America and Asia. Malawi, one of the poorest nations in Africa, recently devalued its currency by 25% in a single day. Sri Lanka, among the poorest Asian countries, is on the brink of economic collapse. “The divide between the prosperous and the countries that have a lower ability to pay for commodities is becoming extremely stark,” Mike Muller, head of Asia at Vitol Group, the world’s largest oil trading house, said on Sunday. Even those who can afford to pay sky-high prices in local currency, such as Europe and Japan, are suffering via increased inflationary pressures.

While Brent is about 20% below that 2008 all-time dollar high, it’s changing hands at record levels when expressed in local currency for countries accounting for roughly 35% of the world’s oil demand. India, the world’s third-largest oil consumer behind the US and China, is paying about 45% more than it was 14 years ago due to the steep depreciation of the rupee against the dollar. The euro zone currently pays about 111 euros ($119) per barrel, compared with 93.5 euros in July 2008. The UK faces a similar problem: Brent peaked at about 74 pounds ($92) per barrel in 2008; today, it’s almost a third more expensive at 95 pounds. With the yen down to its weakest against the dollar in two decades, Japan is also hurting. The list of nations struggling to meet their energy bills goes on and on.

Beyond the domestic economic aftershocks, record high oil prices in local currency matter for the energy market itself. Oil traders are looking for signs of demand destruction — the point at which higher prices lead to reduced consumption. For now, oil demand growth has remained robust, boosted by pent-up consumption as the world emerges from the pandemic. But with a significant chunk of the world already facing record prices, demand will soon suffer. Analysts at Goldman Sachs Group Inc. reckon that the strength of the US dollar is adding an average of about $20 a barrel extra when measured in local currencies, “to reach levels equivalent to $150/bbl Brent.”

For the OPEC+ oil cartel, the broken relationship between crude and the greenback delivers a windfall. In 2007, at an OPEC summit in Riyadh, oil producing countries worried about a dollar collapse. With the Federal Reserve poised to raise interest rates further and faster than its central banking peers, the US currency looks set to continue riding high — another reason for the oil cartel to work harder to put a lid on prices.

Sorry, But for You, Oil Trades at $250 a Barrel: Javier Blas

• The Rising Cost of Hitting Putin Where It Hurts: Lionel Laurent

Javier Blas is a Bloomberg Opinion columnist covering energy and commodities. A former reporter for Bloomberg News and commodities editor at the Financial Times, he is coauthor of “The World for Sale: Money, Power and the Traders Who Barter the Earth’s Resources.”