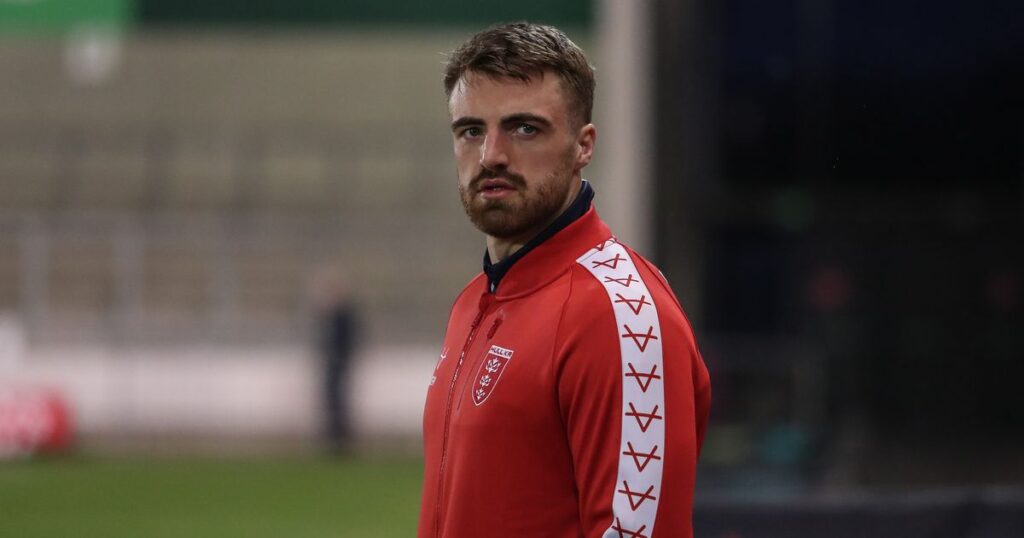 This weekend, Super League and Rugby League Cares have run the tackle the tough stuff campaign, which has a focus on mental wellbeing.

A number of current and former rugby league stars have shared their stories and experiences when battling with their mental health.

Hull KR prop forward Tom Garratt has opened up on how he has coped with the passing of his mum, who recently lost her battle with cancer.

Despite her illness, she rarely missed an opportunity to see Garratt play, and regularly watched him play with Dewsbury Rams in the Championship.

Garratt told Super League’s website, “She didn’t miss a game, even when she was poorly. There were sometimes she would be at the game, struggling to stay awake because of her illness and the chemo, especially towards the end”.

Garratt’s mum sadly passed away shortly before he was due to start pre-season with his new side in the Super League, with her funeral taking place less than a week before his first day.

The 26-year-old shared his emotions as he arrived in Hull for his first day of training with the Robins.

“I think I teared up about three or four times on my way there in the car on my own. And then as I got there, there’s a big sign next to the front door that says, ‘seeing a Robin is a sign that a loved one is with you’. I saw it and sat in the car on my own crying for about 15 minutes before I went in. It caught me off guard big time!”

Garratt looked for help in dealing with his grief and turned to his new head coach, Tony Smith.

Smith pointed his new signing in the direction of Rugby League Cares, who work with rugby league players from grassroots to elite level, ensuring that they don’t suffer alone.

Garratt said, “Tony’s obviously got a lot of knowledge and is really good on that side of things and was just a good person to me. He pushed me towards John, our welfare manager and then onto Rugby League Cares where I spoke to Darren from there- he’s been amazing from getting me out of that slump”.

Despite being a new member of the squad, Garratt has grown close with his new teammates, in particular the ones who share the ‘Bradford Bus’. A group of players based in West Yorkshire who car share together.

Garratt found solace in opening up to the group, saying, “The lads that I car share with now, even though I’ve only known them for them for less than a year, I’ve grown pretty close with them.

“They’re all people who I admire and trust with this close stuff, so when we’re sat in the car for an hour there and back, every time these conversations come up, they’ve been great. They’ve not shied away from the tough stuff.”

Garratt said he was keen to ensure he didn’t want to become a victim of his own circumstances, and the loss of his mum has now become the driving force behind his desire to do better and succeed.

“Before a game in the changing rooms, I always think about my mum a lot and what she would say to me, what would I say to her. I think ‘right, I’ve got to go out and do my best here because I’m playing for my mum.

“There’re people in the world that don’t get the opportunities that I’ve got, so I’m not going to waste it or throw it away. I’m going to make the absolute most of it.”

Garratt went on to say how he has used grief to better himself, and to focus on the loved ones he has around him.

“I’m not going to let my mums passing be a reason that I’m not a good person, I’m going to use it to be the best I can be.”