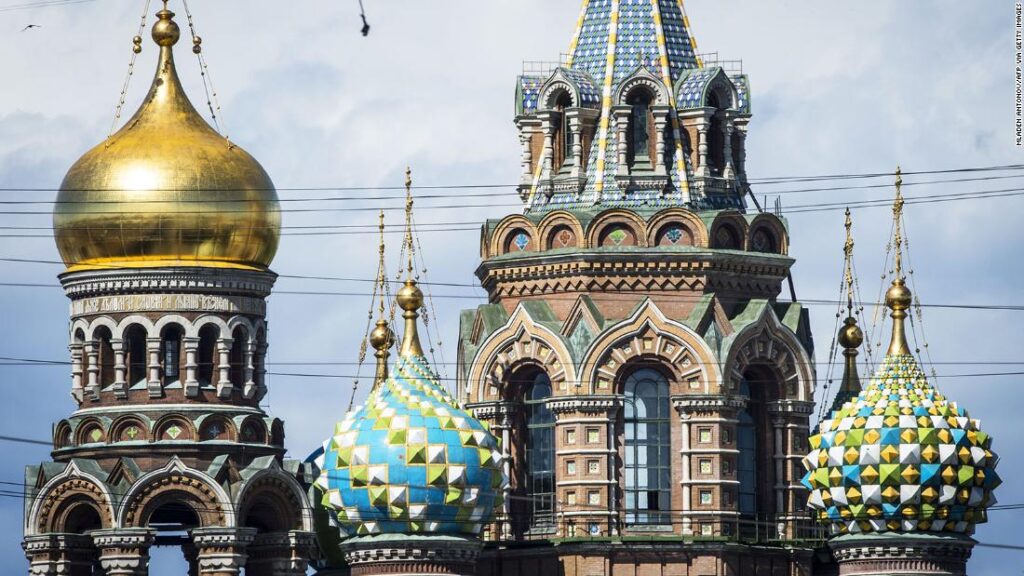 
(CNN) — From professional sports to Hollywood to food and beverage, a wide range of industries have announced boycotts, bans and other forms of retaliation against Russia in response to its violent invasion of Ukraine.

Now, the travel sector is starting to take action, too.

Cruise lines, including prominent brands like Carnival, tour operators and various industry organizations have announced plans to cancel upcoming tours in Russia and also restrict participation of Russian entities in their business dealings.

These developments come on the heels of continued upheaval in air travel, as the European Union, Canada and Moscow all issued reciprocal airspace bans this week. In his State of the Union speech on Tuesday, President Joe Biden also announced the US will be closing its skies to Russian aircraft.

Not surprisingly, Russia’s travel industry is responding in kind. On Tuesday, its Federal Tourism Agency recommended for its citizens to avoid visiting countries that have imposed sanctions on Russia and advised tour operators to suspend sales of tours to such countries.

Meanwhile, many prominent tourist landmarks and monuments have glowed with the yellow and blue colors of the Ukrainian flag, adding to the momentum from massive protests around the world. On a smaller scale, at least one major travel brand — booking platform Kayak — has added Ukraine’s national colors to its digital logo.

How such moves will impact Russia’s tourism sector, which brought in about $84 million in 2019, remains to be seen. For now, though, some industry leaders say a united, industry-wide show of support is crucial.

“Most tourism corporations, including ours, see our mission as being global ambassadors of cultures,” Catherine Chaulet, president and CEO of Global DMC Partners, a network of independently owned destination management companies, told CNN Travel via email. “In a time of war, it is even more important to share the history, values and stories of those affected. More than ever, our role today is to share and protect what unites us, not what divides us.”

Here, a look at some noteworthy developments so far.

Famed guidebook writer Rick Steves was one of the first and most high-profile names in the industry to share news about his tour company, Rick Steves’ Europe, canceling all trips with a stop in Russia.

Steves announced the decision in a February 24 blog post entitled “Comrades No More,” writing, “Our mission at RSE is to help Americans better know and understand our neighbors through travel. But when we bring travelers to another country, we also bring their dollars — dollars that would support Putin’s aggression.”

Another prominent travel provider, Toronto-based G Adventures, took its own response a step further. In addition to canceling tours with stops in Russia, the adventure travel outfitter will not accept bookings from Russian travel agencies or Russian nationals as clients “for the foreseeable future,” G Adventures founder Bruce Poon Tip told CNN Travel.

“The goal of sanctions, the goal of the globe coming together, is to put pressure internally within the country,” Poon Tip said. “So, as businesses, we should [all] do our parts.”

In 2019, G Adventures had more than a dozen trips that included stops in Russia; all such offerings have now been removed from its website. The company announced the news in an email to employees and clients Tuesday evening. “I have always said travel can be the fastest path to peace, so it breaks my heart that it has come to this,” Poon Tip wrote in the email.

BusinessClass.com, an Oslo-based search platform specializing in premium travel, also announced it’s blocking all Russia-based bookings and content from its site, a move CEO Jason Eckoff is urging his industry colleagues to make. “I am now calling on ALL travel companies in the world, to join us by excluding everything relating to Russia in their respective services until this terrible, unprovoked invasion comes to an end,” Eckoff wrote in a LinkedIn post.

Combined, trips to those countries made up less than 5% of the company’s business, Neville said, and the company has remained in close communication with clients who have already booked regarding options for postponing or reorganizing their trips.

Far more complex, however, is the complicated issue of whether JayWay Travel will eventually promote travel to Russia again — an especially difficult task for organizations that have employees with firsthand experience and family history of oppression from dangerous regimes.

“We have a colleague in Ukraine and [local] providers there who this is happening to right now, and for them, this is, pardon my language, “Screw Russia, why would we ever send people there?’,” Neville said. “I think it’s a discussion a lot of travel companies are going to have to have. I mean, there are very few companies sending people to North Korea. Is that where Russia ends up?”

The State Hermitage Museum and Winter Palace is one of the attractions that draws tourists to St. Petersburg.

Cruise operators were among the first travel companies to announce rerouting of itineraries with stops in Russia, with key players including Norwegian Cruise Line Holdings, Viking and Carnival Corporation, the parent company of nine cruise lines.

Other operators that have announced similar changes include Atlas Ocean Voyages, a new player in the industry, MSC and boutique brand Sea Cloud, Colleen McDaniel, editor-in-chief of Cruise Critic, a leading online resource in the cruise industry, told CNN Travel via email.

Many itineraries include St. Petersburg, sometimes known as Russia’s “cultural capital,” which, according to its tourism board, drew some 10 million visitors in 2019.

Rerouting itineraries to avoid bad weather or destinations where conflict has broken out in order to keep passengers and crew safe isn’t uncommon within the cruise industry.

However, the recent shifts away from Russia also reflect a decidedly humanitarian stance: Carnival Corporation, for example, concluded its February 26 announcement, which happened on Twitter, with the statement “We stand for peace.”

McDaniel said that’s in line with the underlying values of many cruise passengers. “This does reflect what we’ve seen on our boards and on social media as well, with guests reporting that they will also speak with their dollars,” she said.

Meanwhile, Royal Caribbean International, which owns Royal Caribbean, Celebrity and Silversea, on Tuesday issued a statement announcing cancellations of its itineraries with stops in Russia, a RCI spokesperson confirmed to CNN Travel via email.

Saga Cruises and Hurtigruten Expeditions both have ships scheduled to call in Russia ports this summer and are continuing to monitor the situation, according to McDaniel.

The sails of the Sydney Opera House were illuminated with the colors of the Ukrainian flag on March 1, 2022.

At least one Eastern European tourism group has made good on the popular hashtag #StandWithUkraine. ANTRIM, a nonprofit organization representing the private sector in the tourism industry of Moldova (which shares its nearly 760-mile eastern border from Ukraine), announced on Instagram plans to make hotels, guesthouses and restaurants available to the country’s influx of refugees fleeing the war.

“Dear ukrainian neighbours [sic], we stand by you in these difficult times. The sad events in your country have forced you to cross our borders. We hope that the borders and walls of our country will make you feel safe,” the agency wrote, directing refugees to its website or visitor information center in Chisinau. A subsequent post shared details on how to donate to an account to provide financial support set up by the country’s Ministry of Finance.

Other displays of solidarity with Ukraine can be seen in tourist landmarks across the globe.

On Friday, as Russian forces moved into Ukraine’s capital of Kyiv, many of the world’s most famous monuments were illuminated with the blue and yellow colors of the Ukrainian flag. Among them: New York City’s Empire State Building, the London Eye, the Eiffel Tower, and Rome’s Colosseum.

In Berlin, the Brandenburg Gate glowed with the blue-and-yellow colors of the Ukrainian flag over the weekend. And on Sunday, more than 100,000 people walked around and through Germany’s famed landmark during one of the biggest protests against Russia’s invasion.