House prices: The top region where house prices have grown the most – latest ONS data 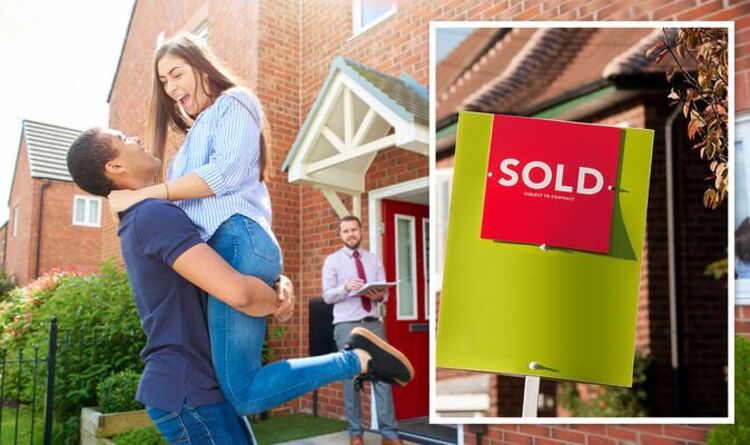 
The Office for National Statistics(ONS) released its monthly UK House Price Index on April 13, 2022, analysing changes to house prices up to and including February 2022. According to the data, all regions of England have experienced an increase in house prices over this time. However, two regions came out on top, with property prices skyrocketing more than 12 percent.

The South West and East of England were the regions with the highest annual house price growth, with average prices increasing by 12.5 percent in the year to February 2022.

Although London’s average house price remains the most expensive of any region in the UK, with an average price of £530,000 in February 2022, it recorded the lowest annual price growth.

Lawrence Bowles, director of research at Savills, said: “While London still slows the slowest growth at a regional level, it is now showing by far the fastest pace of change. Flats played a major role in this acceleration: average flat values in London rose 7.9 percent on the year, compared to just 1.5 percent annual growth in the year to January.

“As our lives start to look more like they did before the pandemic, some of those changes in buyer behaviour we saw during the pandemic are starting to unwind.

“While access to more space remains important, more buyers are telling us that living near a tube station or close to shops and other amenities is a higher priority. In our February survey, 40 percent of our buyers in London said living near a rail or underground station was their first or second priority when looking for their next home; while 26 percent said they prioritised living near local amenities.

DON’T MISS
House prices UK: Top 3 areas where prices have soared [DATA]
Is it cheaper to have a bath or a shower? [EXPLAINER]
Garden pests: How to keep ‘destructive’ garden bugs at bay [COMMENT]

“While London looks ripe for further recovery, we do expect overall price growth to slow in the coming months as affordability tightens.

“The Bank of England has already increased the base rate three times in the last few months. With inflation still running hot, mortgage lenders have been pricing in further rate rises. That limits affordability at the point of purchase, particularly for first-time buyers who have less equity backing them.”

Based on the ONS data, the North East continues to have the lowest average house price at £153,000.

Over the year to February 2022, house prices grew by 9.4 percent in this region.

In the South East of England, prices grew by 12 percent over the last 12 months, while in the East Midlands, this figure sits at 10.9 percent.

The West Midlands saw an annual price growth of 10 percent in the year to February 2022, and the North West saw a growth of 10.2 percent.

According to the ONS data, in Yorkshire and the Humber, average house prices grew by 9.5 percent.

Nathan Emerson, CEO of Propertymark, the UK industry body for estate and letting agents warns the “cost of living crisis” may contribute to fewer buyers and sellers coming to the market.

He said: “The level of housing supply is 32 percent lower than before the pandemic and demand is up 134 percent.

“These latest ONS figures suggest that the market continues to remain extremely competitive but the cost of living crisis may be a key contributor preventing home buyers and sellers coming onto the market due to financial uncertainty.

“However, slight growth in the number of properties coming to the market is being seen which is a positive shift in the right direction as a closing in the gap of supply and demand will enable house prices to start to stabilise.”