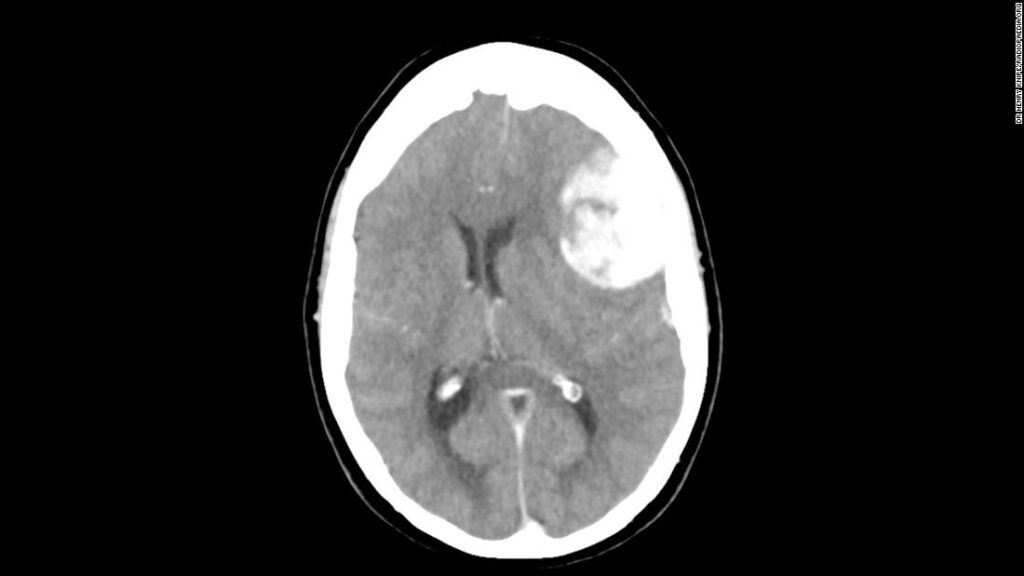 The component is a liquid called IV contrast, which contains iodine. It can be injected into a patient’s bloodstream to highlight different structures on scans. It can reveal, for example, the location of a clot when someone is having a stroke.

The shortage stems from ​the temporary closure of GE Healthcare’s manufacturing facility in Shanghai ​in the midst of that city’s two-month “zero-Covid” lockdown. ​​The lockdown began in early April and was mostly lifted by early June.

​In a statement, GE Healthcare said that facility is in the process of getting production back up to speed. Its output had risen to 60% of capacity by May 21, and GE expects the plant to be back to nearly 100% capacity this week. The company said it had taken additional steps to mitigate the shortage, including ramping up production at a manufacturing plant in Cork, Ireland.

However, it may be weeks before that supply reaches hospitals. “There is still the challenge of bringing the contrast media across the ocean and distributing it to health care facilities across the nation,” Nancy Foster, the American Hospital Association’s vice president of quality and patient safety policy, wrote in an email.

GE Healthcare is one of four companies that supply iodine-containing contrast to the US, but the other manufacturers haven’t been able to scale up and offset the shortage, according to the Radiological Society of North America.

The hospital association estimates that about half of all hospitals in the United States rely on GE for contrast dye to perform about 20 million scans a year, or about 385,000 scans each week.

In a statement Wednesday, the US Food and Drug Administration said the supply is expected to continue increasing through June, “with a return to stocking levels in July 2022.”

Thousands of patients may be affected

Foster said the American Hospital Association doesn’t have data on how many patients have had scans delayed but believes it to be well into the thousands.

Doctors across the country say they have seen firsthand the effects of the shortage.

Oncologist Dr. Shikha Jain said her cancer patients are having trouble getting scans.

“For these patients, getting CT scans with contrast can be extremely important, not only in the diagnosis of a cancer upfront but then also assessing treatment responses, assessing if the cancer has come back,” said Jain, an assistant professor of medicine at the University of Illinois Cancer Center in Chicago.

She said she’s worried about patients delaying care — on top of all the other delays during the Covid-19 pandemic.

“I saw patients who probably had curable cancers at the beginning of the pandemic,” she said. “By the time they came in, their symptoms had progressed to a point where they had metastatic disease.”

Other doctors in states such as New York, North Carolina and California shared anecdotes and emails from hospital leadership, urging them to reserve contrast for emergencies and to find alternatives when possible. Alternatives may include ultrasounds, CT scans without contrast or MRI scans, which use a different type of contrast. But often, these aren’t ideal substitutions.

CNN granted the doctors anonymity to discuss internal communications from hospital administrators which they are not authorized to discuss with media.

One emergency doctor in California said she had a patient who would have gotten scans using contrast dye if not for the shortage. The woman was sent home after multiple other tests turned up nothing, but she came back two days later in severe pain and finally received contrast dye. Those scans revealed clots that were missed during her initial visit.

A physician at another California hospital said he had to run his contrast request for “a real surgical emergency” up the ladder “since they are so low.” The delay, he said, was “painful.”

Jain added that even in cases in which an MRI is an acceptable substitution, there have been delays due to the high demand for these alternatives.

“Our patients should be aware that hospitals are doing all they can to ensure we can reschedule scans that had to be delayed during this time of crisis,” Foster said. “As more dye becomes available, we will be reaching out to reschedule patients for their scans.”

Jain underscored that supply shortages have been a problem for many years, but since the pandemic began, they have increasingly happened on a larger scale, hitting more hospitals in more places at the same time.

“We’ve been having shortages throughout the pandemic. At the very beginning of the pandemic, it was PPE shortages. Now, we have contrast shortages and formula shortages for babies,” Jain said. “So this is not a isolated incident.”

Last month, FDA Commissioner Dr. Robert Califf told members of Congress during a hearing on the nationwide baby formula shortage that something needs to be done about US supply chains, which often rely on “large, single-source contracts.”

“The [medical devices and supplies] industry has fought us tooth and nail on requiring that there be insight into their supply chains,” Califf said. “We’d like to be able to stress-test and prevent these things from happening, rather than waiting until they happen and then scrambling.”

Foster said it’s not an easy fix to prevent such a shortage from happening again. It will require suppliers, distributors, providers and the government to take collective action such as “diversifying and expanding sources of critical supplies, so they are not sourced or manufactured at only one location.”

Another step “is looking at how supplies are transported and having some redundancy, so that if a weather event takes out a vital highway or railway, or a labor strike takes out a major port, we have alternatives,” she said.

“We have known for some time that the supply chain is too skinny and too lean,” Foster added, “and we need to ‘fatten it.’ The pandemic has only exacerbated the need to do so.”