Eating antioxidant-rich vegetables and fruits may protect you 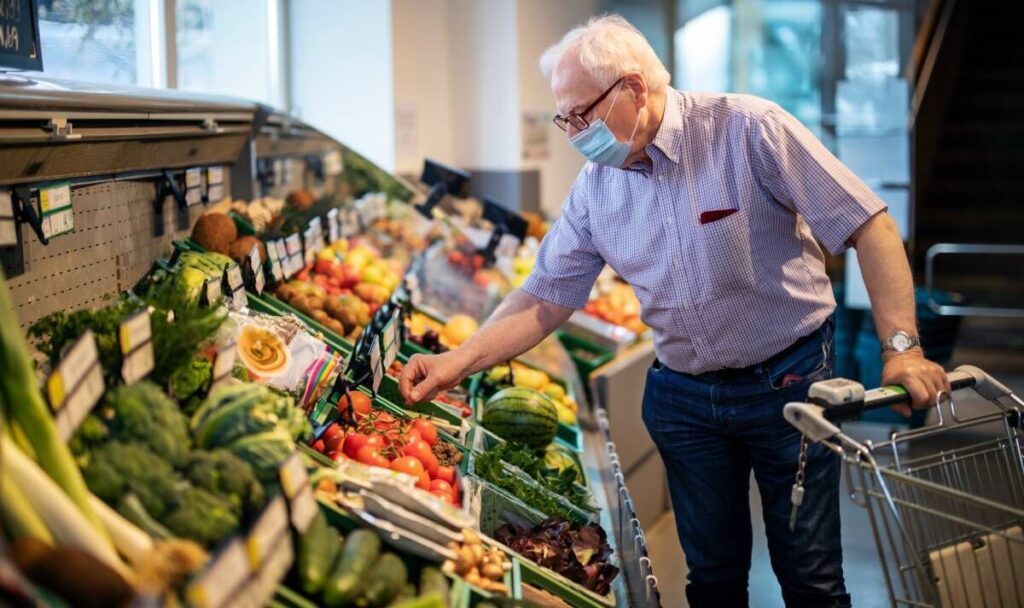 
People with higher levels of antioxidants in their blood were less likely to be diagnosed decades later, research found.

Lutein and zeaxanthin are found in vegetables such as kale, spinach, broccoli and peas. Beta-cryptoxanthin is found in oranges, papaya, tangerines and persimmons.

Study author Dr May Beydoun, of the National Institute on Aging in Baltimore, US, said: “Extending people’s cognitive functioning is an important public health challenge.

“Antioxidants may help protect the brain from oxidative stress, which can cause cell damage.”

More than 7,200 over 45s underwent interviews and blood tests at the beginning of the study.

Their health was tracked for an average of 16 years to see who went on to develop dementia.

Participants were divided into three groups according to their antioxidant levels.

Experts calculated that every standard deviation increase in lutein and zeaxanthin levels, approximately 15.4 micromols/litre, was associated with a seven per cent decrease in dementia risk.

For beta-cryptoxanthin, every standard deviation increase, approximately 8.6 micromols/litre, was associated with a 14 per cent risk reduction.

Researchers noted that antioxidant levels were only measured at one point in time, so may not reflect levels over people’s lifetimes.

Dr Beydoun added: “Further studies are needed to test whether adding these antioxidants can help protect the brain from dementia.

“It’s important to note that the effect of these antioxidants on the risk of dementia was reduced somewhat when we took into account other factors such as education, income and physical activity, so it’s possible that those factors may help explain the relationship between antioxidant levels and dementia.”

Previous research has suggested that oxidative damage to brain cells may play a role in Alzheimer’s disease and that antioxidants can prevent this.

Dr James Connell, head of research at Alzheimer’s Research UK, said that while they have protective effects, studies had produced mixed results.

He said: “The diseases that cause dementia develop over many years but this study only looked at antioxidant levels at one point in time.

“While this research highlights a potentially interesting finding, it is important that research takes a long-term view of factors that may affect risk.”

Dr Connell said clinical trials would be needed to know for sure whether particular foods or supplements affect dementia risk.

He added: “We know that dementia risk is complex and comprises factors including, age and genetics as well as lifestyle factors such as our diet.

“Making positive lifestyle changes can reduce our risk of developing the diseases that cause dementia and there is information on simple steps we can take to do this through Alzheimer’s Research UK’s Think Brain Health campaign.”

The findings were published online in Neurology, the medical journal of the American Academy of Neurology.