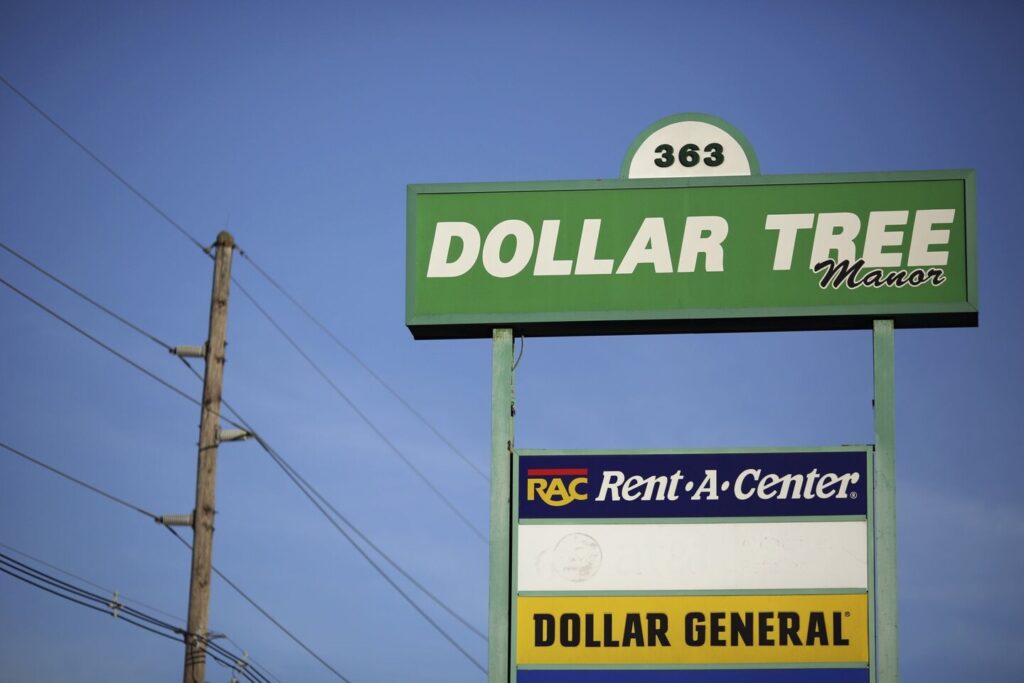 The threat of U.S. stagflation has investors treating supermarkets and other consumer staples companies like the high-flying tech stocks of yesteryear. The shares have trounced their consumer discretionary peers by the widest margin in two decades, and the outperformance probably has room to continue.

The reason is understandable, given the economic backdrop. Investors are afraid of the effect slower growth will probably have on discretionary spending and equally petrified of what 40-year-high inflation means for fixed income and cash. So many have settled for a strategy centered on so-called defensive stocks — which include utilities and health care in addition to household products — and it has panned out so far.

Staples have been stars. The broadest index of S&P 500 consumer staples stocks has advanced 12% in the past 100 trading days while discretionary shares have declined 18%.

In a recession, staples shares usually retrench eventually, just not as much as other sectors. But most doomsayers think a U.S. recession — if one comes — is more likely to occur in 2023 or 2024. Staples powered through roughly the first half of the Great Recession before fading eventually.

Of course, not all staples are created equal, and their differences may become increasingly important as concerns mount that the Federal Reserve’s fight against inflation could tip the economy into recession. The wealthy will keep spending on high-end goods. But average earners may well trade down, particularly as more price increases crop up for everyday items. Procter & Gamble Co., Nestle SA and Unilever Plc have warned of more increases in the coming months.

One tried-and-tested mechanism to cope with inflation is to trade down from more expensive household names to supermarkets’ cheaper private label products.

This hasn’t shown up much in first-quarter earnings, although Dove soap and Ben & Jerry’s ice-cream maker Unilever did see the amount of goods sold fall. But private label sales are starting to gain traction, according to data provider IRI. If this trend gathers further momentum, it could eventually cut the sales volume of Nestle SA’s Nespresso coffee capsules or P&G’s Pampers diapers.

While that might be a concern for the big manufacturers, supermarkets known for their cheap prices, such as Walmart Inc., Costco Wholesale Corp. and Target Corp., could be beneficiaries.

Other winners include the dollar stores and the U.S. arms of the German discounters, Aldi Einkauf SE and Lidl, part of Germany’s Schwarz Group, which are expanding across the U.S. Dollar General Corp. and Dollar Tree not only carry inexpensive wares, but their pricing schemes aid consumers on a budget with their mental math before they reach the register, as our Bloomberg Intelligence colleague Jennifer Bartashus pointed out. They also look a lot more like supermarkets these days than simply cheap retailers, with a broad line of food. The digital couponing trend on TikTok — essentially influencers showing consumers how to combine coupons for big savings — is also driving free advertising.

As investors favor staples, it’s become popular to dump stocks exposed to lower-income consumers because they spend a higher proportion of their incomes on food and fuel. Consequently, the thesis goes, they will be disproportionately affected by rising prices.

But this misses a key point. While some loyal shoppers will have to pull in the purse strings and buy less at discount chains, these retailers could benefit from higher-income consumers trading down. Therefore, any loss of sales from traditional customers should be offset by an influx of new shoppers. Walmart said in February that all consumers — even wealthier families — become more price sensitive during periods of inflation.

The biggest danger to investors therefore lies not in the bargain basement but the squeezed middle. Some signs of this are already playing out.

Clearly, some of Gap Inc.’s problems at Old Navy are of its own making — not having enough fashionable dresses and tops as shoppers rapidly pivot from cozy to chic, for example. Supply chain bottlenecks haven’t helped either.

But Old Navy is exactly the type of brand that is vulnerable to rivals such as Walmart and Associated British Foods Plc’s Primark, which is opening more U.S. stores and trading well in the region. Although Target’s prices are similar to Old Navy’s, its fashion is edgier, something that consumers are prioritizing as they head out to restaurants and prepare for vacations. TJX Companies Inc., owner of T.J. Maxx and Marshalls, may be another beneficiary from stretched budgets.

Trading down could also favor the likes of Chipotle Mexican Grill Inc., as Americans swap pricier takeouts or a meal at a fast casual restaurant for value fare.  Although Chipotle has raised prices, it has seen little resistance from customers, perhaps because the increases were from a low base.

So while investors have got it right by favoring staples, the market is likely to get trickier from here; investors may need to get choosy. Companies that discount essentials may be one of the final refuges if the outlook worsens.

• FANGs and Europe Crash Into Crises of Expectations: John Authers

• Robinhood’s Era of Fun and Games Comes to an End: Jonathan Levin

Jonathan Levin has worked as a Bloomberg journalist in Latin America and the U.S., covering finance, markets and M&A. Most recently, he has served as the company’s Miami bureau chief. He is a CFA charterholder.

Andrea Felsted is a Bloomberg Opinion columnist covering the consumer and retail industries. She previously worked at the Financial Times.