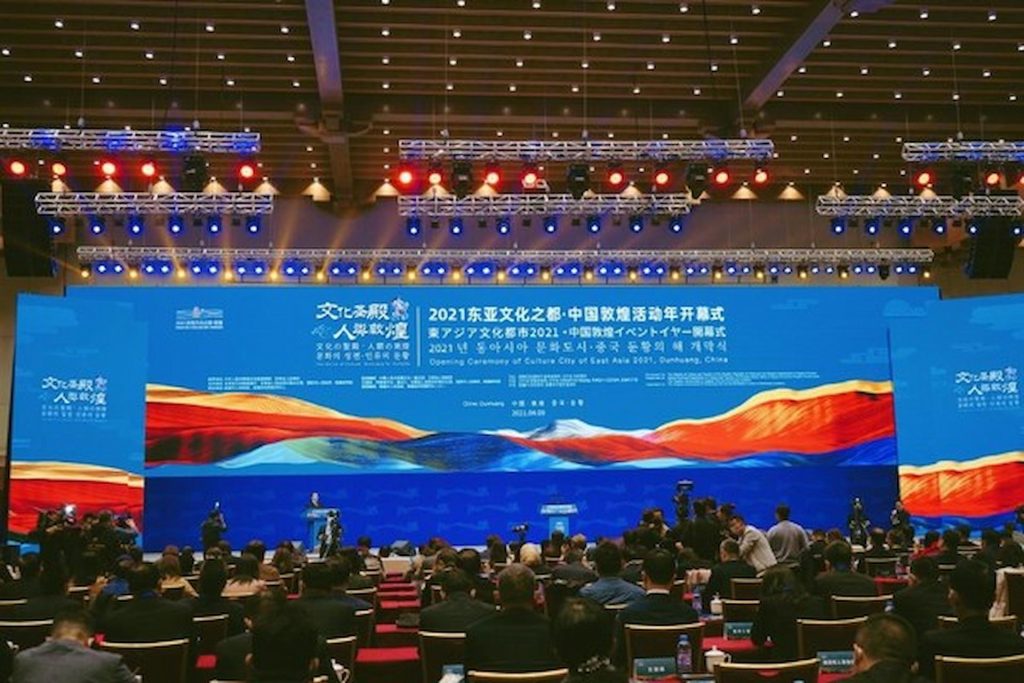 A cultural exchange forum “Night of Guoyuan” was held at the Harvard Club of New York City on September 17, to celebrate the oncoming Chinese Mid-autumn Festival, as well as sharing bonds with China.

Nearly 100 dignitaries and business leaders attended the event, which was hosted by Jiangsu King’s Luck Brewery Co., Ltd., and among them were the American, Russian, Japanese, and South Korean diplomats to the United Nations, as well as overseas Chinese leaders.

Abigail Posner, creative business strategy director at Google, discussed “Yuan” (bond) culture during the forum. Yuan means fate and bond in Chinese. Posner expressed appreciation for the creativity of Guoyuan brand baijiu, which holds Yuan as its core value. She also shared her understanding that Yuan culture is a bridge connecting the East and the West.

Zhou Suming, President of King’s Luck, told the forum participants that humankind has become more interconnected and interdependent because of globalization. “Yuan culture promotes harmony and world peace, encourages cultural exchange, and builds a community with a shared future for humankind,” said Zhou.

Teng Shaojun (Fred Teng), President of the America China Public Affairs Institute, said the relationship among countries is similar as Yuan. The connections China has had with the rest of the world could be traced back to a long and recorded history, in which Yuan has always played an important role.

Forum participants also shared their stories of Yuan with China. Georgy Tologray, a senior United Nations expert and former visiting professor at China’s Jilin University, said spirits and Baijiu represent a unique way for Chinese people to express their emotions via a way of communication which is widely acknowledged by the world.

A photo exhibition on modern Chinese baijiu history and culture was held alongside with the forum. Guests also tasted and enjoyed “Guoyuan” baijiu at the following baijiu tasting reception, and they looked forward to more Chinese bajiu like “Guoyuan” embarking on the US market.