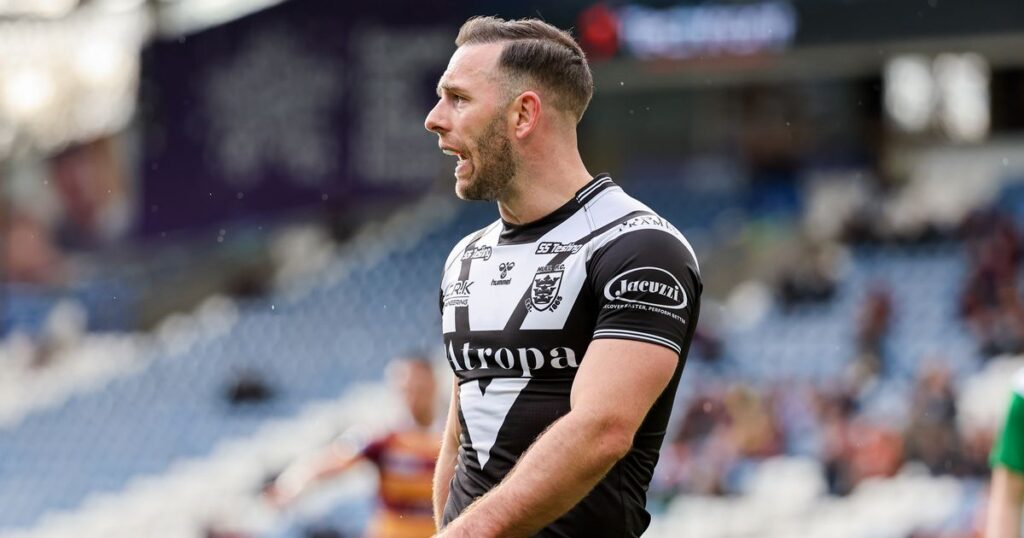 The Black and Whites’ skipper has struggled to assert himself on the field during his time at the MKM Stadium so far. Gale has been a breath of fresh air around the club since joining from Leeds Rhinos, but he has been short of his best in the four appearances he has made as he tries to find his feet and rhythm in the side alongside Jake Connor and Josh Reynolds.

As a result, Hodgson is calling on Gale to make his presence felt in east Hull on Good Friday as the FC aim to get back to winning ways with a morale-boosting derby victory against Hull KR. This will be Gale’s first taste of the Hull derby, but having played in World Cup finals, Challenge Cup finals and Grand Finals, the occasion shouldn’t overawe him.

“Yeah, it needs to be as well,” Hodgson said when asked whether Gale’s experience could be key. “I think Luke needs to grab a hold of our team and make sure he’s the general and gets us to where we have to get to.

“Let’s not forget that he’s only played three (full) games this season as well so he’s still finding his feet a little bit in our team and our system. This is the game where everyone needs to stand up.”

The Black and Whites enter the Easter period on the back of successive defeats at Wigan Warriors and Huddersfield Giants but Hodgson is confident his side have enough about them to bounce back over the coming days.

“There were elements in the first halves against Wigan and Huddersfield that were just not allowing us the chance to get that set-for-set, with errors and some discipline that we need to improve.

“I’m confident that if we go set-for-set with any team, it will give us a chance to win the game and they’re the things we have to improve. There’ll be a couple of changes in this weekend’s line-up and we need to make sure we’re responding.”