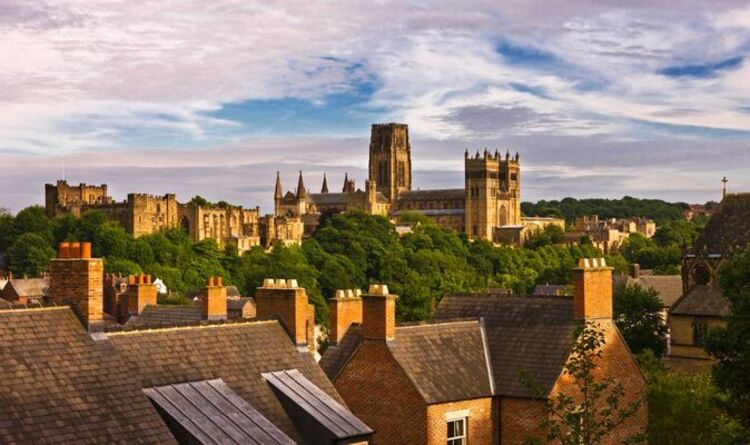 
The North Eastern city beat 49 others to top the rankings for elderly care, proximity to hospitals, parks and restaurants. And all 19 of Durham’s care homes were given stellar reviews giving it a total of 8.79 points out of 10.

At the other end of the scale, Bradford, West Yorkshire, was found to be the worst place with a worrying overall score of 1.62 out of 10,

This is down to its poor care home review rating of 0.2 and hospital proximity score of 0.82, found researchers for online care home finder Lottie.org.

Swindon was the highest placed southern city on the list, ranking second thanks to high scores for care home reviews, park access, and hospital proximity.

Despite the high overall rating of 8.7, the Wiltshire town’s poor restaurant-quality score of 3.88 prevented it from coming top.

In third place was Doncaster on 8.43 out of 10, which had its overall score significantly bolstered by 9.8 ratings for park access and nearness to hospitals.

While the South Yorkshire city won solid scores in most categories, its care home review score of 6.94 prevented it from ranking higher.

An average care home rating of 6.33 put Colchester at fourth place. With excellent scores for hospital proximity and park access, the Essex town achieved an overall score of 8.26.

The study was conducted to find out the best and worst places for elderly care in the UK.

Researchers looked at care home quality alongside other factors such as local restaurant quality, local park access, and proximity to the closest hospital.

Each major city in the UK an average score out of ten to determine the best and worst places for pensioners to live.

Care expert Will Donnelly, co-founder of Lottie.org, said: “Care home communities are so much more than providing a high level of care for an older person.

“After the last few years, it’s more important than ever to provide the highest level of care to the older generation, but this must go beyond providing round-the-clock support for their health.

“That’s why our new study has included factors such as the local restaurant quality and local park access.

“As you get older, your physical appearance may change, but your interests, hobbies and values often remain the same.”

With a perfect score of 10 across its 22 care homes, fifth-placed Swansea was found to have the best care homes of all the major cities.

Unfortunately, the lack of green spaces meant a low score of 2.65 which prevented the South Wales city from achieving more than 7.73.

Peterborough, in Cambridgeshire, finished in sixth place thanks to its excellent hospital proximity and nearness to the River Nene Embankment, Central Park and Stanley Park.

Despite an overall rating of 7.62, the Cathedral city’s care home review score of 5.92 prevented it from obtaining an even higher position.

Seventh-placed Cardiff was the second Welsh entry with an exceptional care home score of 9.8 contributing to an overall rating of 7.37.

Sheffield was the penultimate entry with a score of 6.4 enough to ensure a ninth-place finish.

The top 10 was completed by Solihull, with the Midlands town’s park access score contributing to an overall total of 6.38.

The North-Eastern town of Stockton-on-Tees was second on the list of the 10 major UK cities with the worst elderly care.

It scored just 1.22 for average care home ratings. As with Bradford, Stockton achieved poor ratings in most categories but was saved from bottom place thanks to a slightly improved hospital proximity score of 4.29.

Unlike its Hampshire neighbour Southampton – 8th on the top 10 best list – Portsmouth was found to be among the poorest places for elderly care.

With concerning scores in the categories of care home rating and hospital proximity, the south coast city received a lowly rating of 2.42, which ranked it as the third-worst place for pensioners to live.