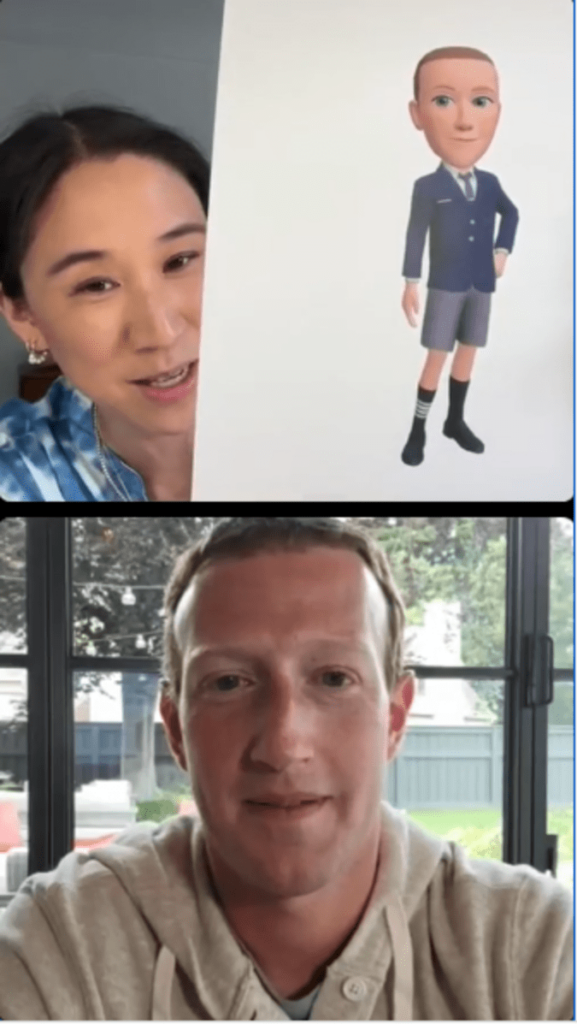 
The metaverse may not really yet, but Mark Zuckerberg already to sell users on designer fashion for their metaverse avatars. Meta announced that it’s opening an Avatars Store where users can purchase outfits for their avatars on Facebook, Instagram and Messenger.

The new looks include designer duds from Balenciaga, Prada and Thom Browne and the company expects to add more designers over time. Zuckerberg and Eva Chen, Meta’s VP of Fashion Partnerships, announced the new store on an Instagram Live they described as the “first live avatar fashion show.” The “fashion show” portion consisted of Chen holding up paper drawings of Zuckerberg’s avatar wearing increasingly questionable, if metaverse-ready, outfits.

“I think the only question is am I cool enough to wear that,” Zuckerberg asked at one point after seeing a Balenciaga-clad Zuck-atar. “I’m not sure if I’m quite up to that.” Chen also showed a Zuckerberg a Thom Browne look she described as a “classic English schoolboy kind of vibe” that only vaguely resembled Danny from The Shining.

As to just why Facebook users would pay actual money for metaverse clothes, Chen pointed out that it will be much easier to get your hands on, say, an oversized Balenciaga hoodie in the metaverse than IRL. It will also be cheaper, with prices in the Avatars Store will ranging from $2.99 to $8.99 “to start,” according to a company spokesperson.

Of course, selling digital items in the metaverse is also an important part of Meta’s strategy to keep making billions of dollars even as it pivots away from advertising. The company previously confirmed it plans to keep 48 percent of the profit from creators’ selling digital assets in Horizon Worlds’ VR experience. A Meta spokesperson declined to share what Meta’s cut would be on its new avatar fashion.

Another Amazon warehouse in New York is seeking to unionize