Alison Steadman: ‘You have no control’ – Actress on ‘terrifying’ dementia 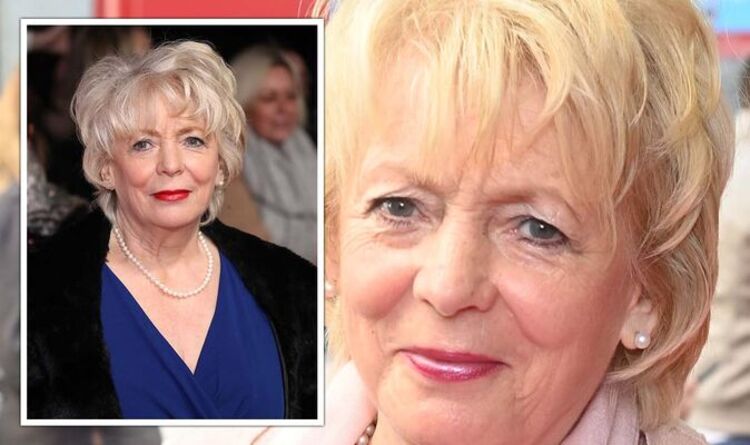 
The actress has described how playing the character Mary, who had a stroke and then developed dementia, has made her “appreciate” what she is able to do, such as dress up, go out and “have a gin and tonic”. Mary, Steadman said, was a “bright and strong” woman until the “rug is pulled right from under in a flash”.

According to the NHS, more than 850,000 people in the UK have dementia, a brain disease which affects one in 6 people over the age of 80.

The condition can be brought on by age, as well as a stroke, which is called vascular dementia.

Steadman learned a lot about the condition as she prepared for her role; talking to doctors who have worked with stroke patients and even spent time in a stroke unit.

She told Good Housekeeping in 2018: “The terrifying thing for me is that it could happen to any of us at any time… and when it does happen, as a human being you have no control…. Suddenly this woman who is full of life and zest and chat… she can’t speak. She can’t communicate.

READ MORE: Susanna Reid health: ‘There is no cure’ – presenter on her battle with ‘bad’ condition

“It really makes me appreciate that at the end of the day I can get dressed, put my lipstick on and go and have a gin and tonic – as some people aren’t so lucky.”

The Stroke association points out that because of the stroke, blood supply to areas of the brain is reduced as blood vessels become blocked and areas of brain cells stop working, leading to Dementia symptoms.

As Dementia progresses towards the later, severe stages of dementia communication can be increasingly hard, states the charity.

Dementia patients may start to use body gestures more and more instead of speech as a result.

The star also said how playing the role gave her more empathy towards dementia sufferers than she had before although she is “grateful” that she has a “very active and happy life”.

In recent years Steadman has mentioned that she has struggled with certain activities, such as multitasking and learning her lines, but she is not seriously concerned about this.

She told Radio Times: “Suddenly, in your 70s, you go, ‘Aha. I get it.’ I find myself now accepting that I can’t do this and I can’t do that.

However, she was “devastated” when an article was written about her claiming that she was suffering from memory loss.

The Mayo Clinic recognises over a dozen symptoms of vascular dementia, including confusion, slowed thinking, difficulty with organisation, problems with memory and restlessness and agitation.

Stroke is caused by a lack of blood getting to parts of the brain because of blocked blood vessels, which is linked to having high blood pressure.

Alcohol and smoking are known to increase your blood pressure.

Vascular dementia can also be caused by a brain haemorrhage, which is when there is bleeding in the brain caused by damage to the blood vessels, as well as the general narrowing of the brain’s blood vessels, according to the Mayo Clinic.

The symptoms of a stroke can be remembered using the abbreviation FAST, which stands for Face, Arms, Speech and Time.

The NHS states that when you have a stroke, your face may drop on one side and you may not be able to smile.

One of your arms may also be weak and your speech may be slurry.

The letter T for Time is a reminder that you need to dial 999 immediately if you notice the symptoms.